Bear away the bell 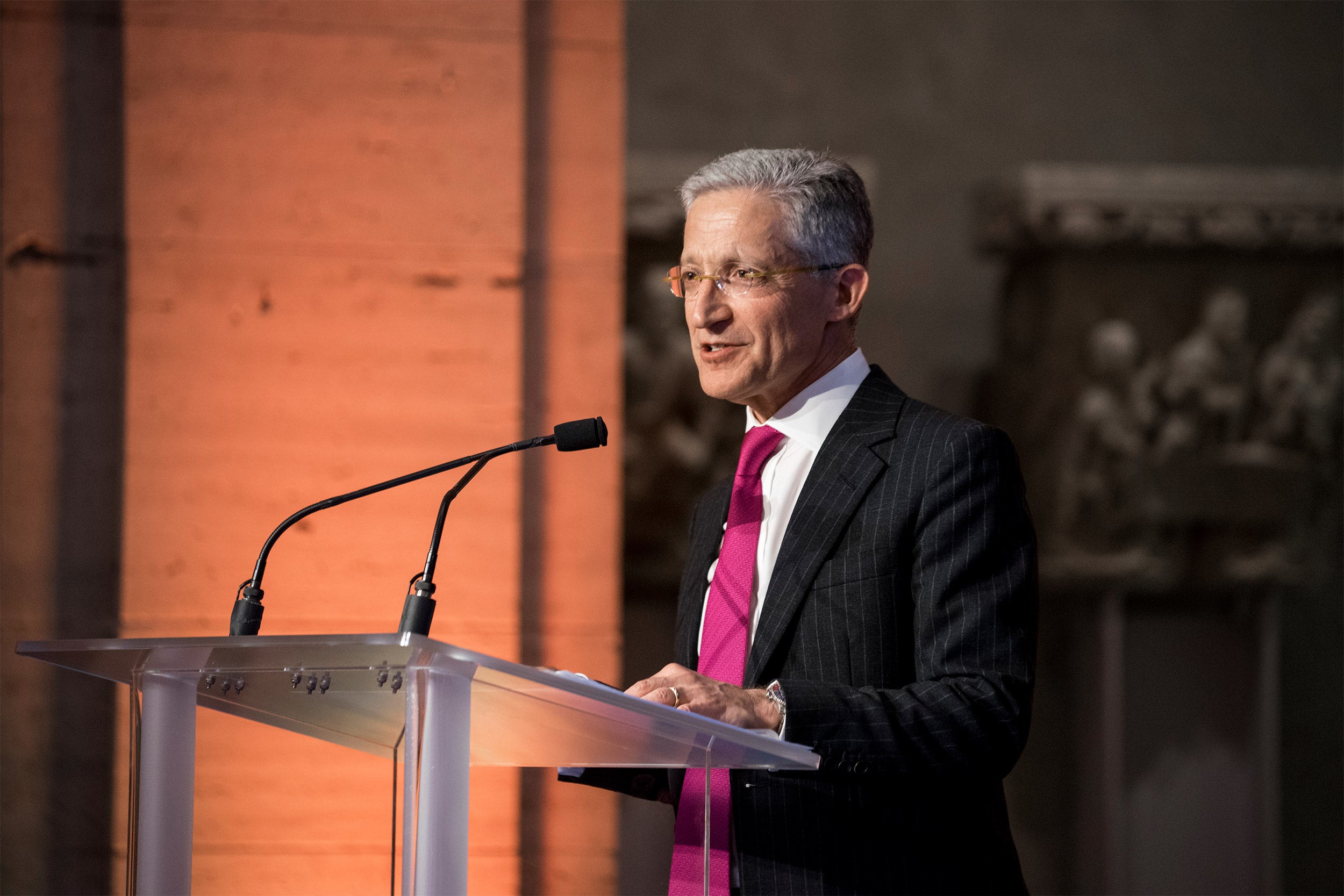 A joyous peal of bells will ring throughout Cambridge on Commencement Day.

In celebration of the city of Cambridge and of the country’s oldest university — and of our earlier history when bells of varying tones summoned us from sleep to prayer, work, or study — this ancient yet new sound will fill Harvard Square and the surrounding area with music when a number of neighboring churches and institutions ring their bells at the conclusion of Harvard’s 367th Commencement Exercises, for the 30th consecutive year.

The bells will begin to ring at 11:45 a.m., shortly after Peter J. Koutoujian, sheriff of Middlesex County, declares the Commencement Exercises adjourned. They will ring for approximately 15 minutes.

The deep-toned bell in the Memorial Church tower, for years the only bell to acknowledge the festival rites of Commencement, will be joined by the set of bells cast to replace the original 17-bell Russian zvon of Lowell House that was returned in 2008 to the Danilov Monastery near Moscow, and by the bell of the Harvard Business School, the historic 13-bell “Harvard Chime” of Christ Church Cambridge, the Harvard Divinity School bell in Andover Hall, and the bells of the Church of the New Jerusalem, First Church Congregational, First Parish Unitarian Universalist, First Baptist Church, St. Paul Roman Catholic Church, St. Peter’s Roman Catholic Church, University Lutheran Church, Holy Trinity Armenian Apostolic Church, and St. Anthony’s Church.

Of the churches participating in the joyful ringing, one, the First Parish, has links with Harvard that date from its foundation. The College had use of the Church’s bell, Harvard’s first Commencement was held in the church’s meetinghouse, and one of the chief reasons for selecting Cambridge as the site of the College was the proximity of this church and its minister, the Rev. Thomas Shepard, a clergyman of “marked ability and piety.”

Another church ringing its bells in celebration is Christ Church Cambridge. The oldest church in the area, it houses the “Harvard Chime,” the name given to the chime of bells cast for the church in anticipation of its 1861 centennial. Two fellow alumni and Richard Henry Dana Jr., author of “Two Years Before the Mast,” arranged for the chime’s creation. The 13 bells were first rung on Easter Sunday, 1860: each bell of the “Harvard Chime” bears in Latin a portion of the “Gloria in Excelsis.”

Referring in 1893 to the “Harvard Chime,” Samuel Batchelder wrote, “From the outset the bells were considered as a common object of interest and enjoyment for the whole city, and their intimate connection with the University made it an expressed part of their purpose that they should be rung, not alone on church days but also on all festivals and special occasions of the college, a custom which has continued to the present time.” The old Russian bells of Lowell House, in place for 76 years, rang on an eastern scale; the newly cast bells give out a charming sound, as do the bells of the Cambridge churches joining in concert. A thoughtful student of bells wrote in 1939, “… church bells, whether they sound in a tinkling fashion the end of the first watch in the dead of night, announce the matins a few hours later, or intone the vespers or angelus, have a peculiar fascination. Chimes affect the heartstrings.”

Local churches or institutions interested in participating in this happy tintinnabulation are invited and encouraged to do so. For further information please contact Cynthia Rossano in the Commencement Office at commencement@harvard.edu.