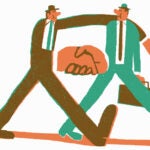 Just about every living thing — from jumbo-jet-size blue whale to microbes — uses carbon in one way or another.

But in the deep ocean, all carbon is not created equal. 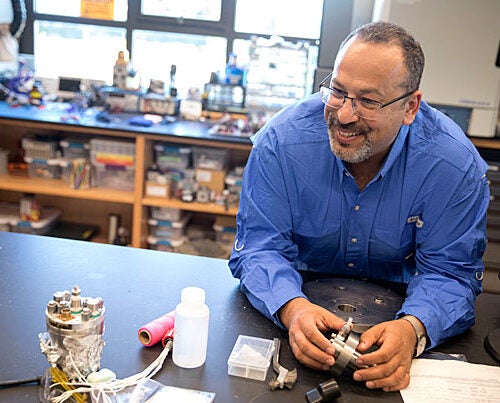 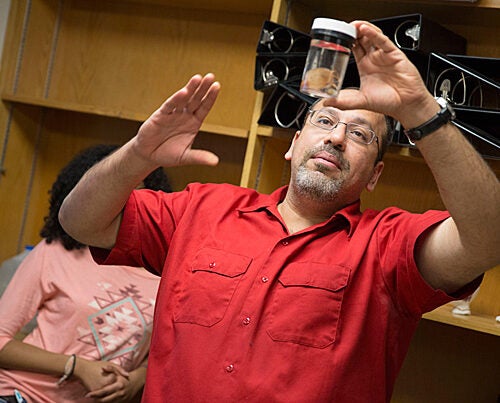 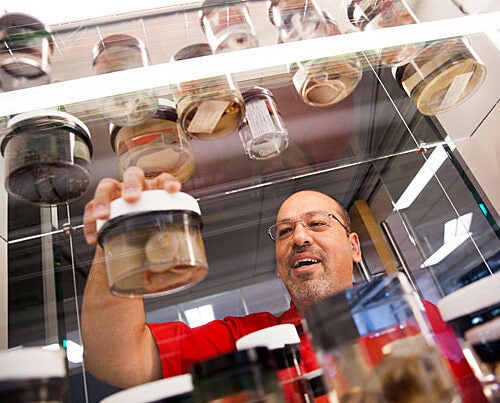 While some forms, like sugars and proteins, are quickly gobbled up by micro-organisms, others, such as the chitin found in fish scales and marine exoskeletons, are far harder to consume. Scientists have long believed that relatively little of that so-called refractory carbon is eaten.

Much of it simply sinks to the ocean floor to merge with sediment, while certain so-called refractory molecules stay suspended in the ocean and float along with currents for thousands of years.

Now, a team of researchers has shown that underground aquifers along the mid-ocean ridge act like natural biological reactors, pulling in cold, oxygenated seawater and allowing microbes to break down more — perhaps much more — refractory carbon than science understood. Peter Girguis, a professor of organismic and evolutionary biology, worked with researcher Suni Shah Walter to lead the study, which is described in an April 23 paper in Nature Geoscience.

“This has the real prospect of reshaping the way we think about carbon cycling in the deep ocean,” Girguis said. “Instead of setting up a tiny reactor here in the lab with maybe 10 liters of water and pumping it around to get some result, this is a natural lab.

“At the end of the day, our community wants to know what happens to carbon,” he continued. “We know it is produced at the surface by photosynthetic algae. We know fish eat some of it. We know some of it sinks. We can account for that, but we have some giant holes in our budget.”

While the study begins to close those gaps, it also helps illuminate a part of the deep-ocean carbon cycle that had been a mystery.

“We don’t know where all of that old carbon goes, and underground aquifers are part of the answer,” Shah Walter said. “The majority of fluids that circulate through the crust might look like this. We just didn’t know much about what was going on in them before.”

“This work shows that the vast sub-seafloor community of microbes could be fed by seawater circulating through deep ocean crust,” said Michael Sieracki, program director in the National Science Foundation’s Division of Ocean Sciences, which funded the research. “In turn, these microbes change the composition of the seawater that then circulates back into the ocean.”

At the heart of the system, Girguis said, is the mid-ocean ridge, a massive chain of globe-circling undersea mountains.

A key part in the development of the theory of tectonics, the ridge acts like a convection cell — water seeps into cracks and fissures on either side of the mountains and is heated as it gets closer to the axis, where magma is close to the surface. As the heated water rises, cold, oxygenated seawater is pulled into the rocks, creating a massive aquifer.

For scientists working to understand ocean carbon cycles, the aquifer represents a rare chance to study the ocean under virtually ideal conditions.

In 2011, an international team of researchers drilled a series of wells into the seafloor at a site in the mid-Atlantic they dubbed the “North Pond,” collecting water samples to identify which microbes called the aquifer home and whether they were capable of consuming carbon.

The scientists were surprised by what they found, according to Shah Walter.

“When the team pulled the fluids up from the aquifer, they didn’t expect it to be as similar to seawater as it was,” he said. “All the planning was for fluids that looked more like other hydrothermal fluids,” which can show high levels of methane and lower levels of oxygen.

“They were prepared to measure methane, for example. But at first glance North Pond fluids looked chemically very similar to seawater, so that’s when I got pulled in, because my work has focused on the open ocean. So the fact that this was a unique environment, that we could use this natural incubator, that became clear to us after the samples came up.”

While Girguis and colleagues were able to show microbes in the aquifer could eat carbon, it remained unclear how active they were.

“With the limited data we have, we have been able to show that water comes in with a certain oxygen concentration, and as it drops, the carbon goes down in direct proportion,” he said. “That gives us a high degree of confidence that microbes are eating it and using oxygen.”

In later tests, Girguis and colleagues showed that as water moves through the aquifer over thousands of years, the easy-to-eat carbon is consumed quickly — within just a few hundred years. More importantly, they found signs that refractory carbon was also being eaten.

“What’s exciting is that for a long time — and even today — there have been debates about how quickly [refractory carbon] can be eaten,” Girguis said. “But this natural laboratory has showed us that not only is this being degraded biologically, but the time over which it’s being eaten.”

Ultimately, Girguis said, the study highlights the way in which understanding the depths can lead to a better overall understanding of the ocean.

“Until we had these data there was a big gap in our knowledge,” he added. “We thought water gets pulled in here, and all the action happens when it gets hot. But we don’t think that’s true anymore, especially because these microbes are eating this difficult-to-eat carbon.”

The research was supported by the German Research Foundation; the National Science Foundation; the WHOI Postdoctoral Scholar Program and the NSF Cooperative Agreement for the Operation of a NOSAMS Facility; the Center for Dark Energy Biosphere Investigations; and the Gordon and Betty Moore Foundation.