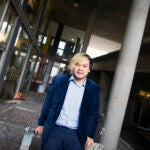 Changing his script to embrace the moments

Sometimes it takes years for an author to feel ready to write the story he or she is yearning to tell.

It happened to Harvard Arts Medalist Colson Whitehead ’91, the novelist behind the Pulitzer Prize-winning “The Underground Railroad,” as he explained Thursday to an audience at Sanders Theatre. 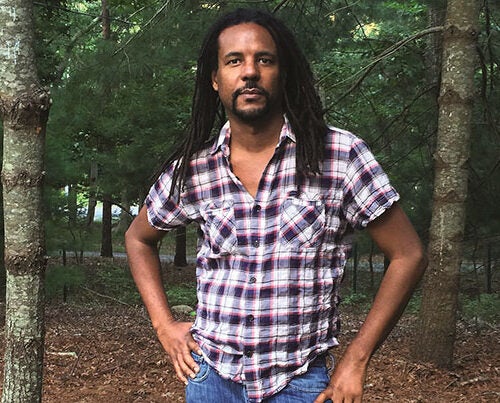 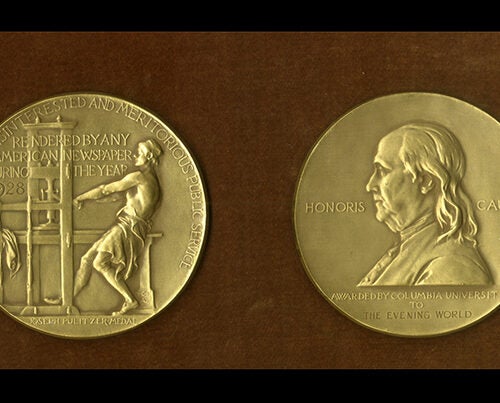 It was the spring of 2000 when Whitehead first had the idea of writing a novel about the slavery-era Underground Railroad, a network of secret escape routes and safe houses, as if it were an actual subterranean train. More than a decade would pass before he judged himself able to create and narrate the life of Cora as she escapes to freedom and travels north by way of an underground railroad.

“Making this metaphor of a human network into a literal train seemed like a good idea,” Whitehead said. “But every year or so for 14 years, I would check to see whether I was ready or not. I felt I needed to become a better writer.”

When “The Underground Railroad” was finally published, in 2016, it received wide acclaim. The New York Times book critic Michiko Kakutani called it a “potent, almost hallucinatory novel that leaves the reader with a devastating understanding of the terrible human costs of slavery … with echoes of Toni Morrison’s ‘Beloved,’ Victor Hugo’s ‘Les Miserables,’ and Ralph Ellison’s ‘Invisible Man,’ and brush strokes borrowed from Jorge Luis Borges, Franz Kafka, and Jonathan Swift.”

In addition to the Pulitzer, the best-seller won the National Book Award, the Carnegie Medal for Fiction, the Heartland Prize, and the Arthur C. Clarke Award. It has been translated into 40 languages and is being developed by Oscar-winning director Barry Jenkins into an Amazon TV series.

Whitehead covered “Underground,” his years at Harvard, and the craft of writing in a conversation with actor John Lithgow ’67, Art.D. ’05, as part of this year’s Arts Medal ceremony. The honor recognizes a Harvard or Radcliffe alum or faculty member who has made a contribution through the arts to education or the public good.

In awarding the medal, President Drew Faust praised Whitehead’s achievements since his years as an undergrad. “We at Harvard have watched him with awe for a very long time — as a cartographer of American life, redrawing our cultural geography, surveying us from the inside out,” she said.

Whitehead, a New York native, spoke of his time at Harvard with affection, describing how it fed his development as a writer. Growing up, he immersed himself in comics, science fiction, and horror movies, devoured Stephen King books, and dreamed of someday authoring “The Black Shining.”

“Basically, I wanted to write anything that Stephen King had written with the word ‘black’ in it,” said Whitehead, drawing laughter from the crowd.

At Harvard, encounters with James Joyce, Samuel Beckett, Gabriel Garcia Marquez, and Borges taught the fiction novice that there were other ways to tell stories.

“Harvard didn’t make me a writer,” said Whitehead, “but it made me a reader.”

After graduating from the College, Whitehead wrote TV, book, and music reviews for The Village Voice, training that would serve him well. His storytelling has ranged from zombies to elevator inspectors, and his honors include MacArthur and Guggenheim fellowships.

In chatting with Lithgow, Whitehead showed self-deprecating humor about his creative process, his success, and how he was always attracted to the idea of becoming a writer because “you don’t have to talk to people — you can work from home and you can make up stuff.”

Of his process, Whitehead said he tries to use empathy and imagination to tell stories, develop characters, and tackle different situations. But in the end, he said, the writer’s mission is to master the craft and have the courage to follow his or her own path.

“If it comes too easy, maybe you’re not putting in the work,” he said to a woman in the audience who asked him for advice on writing. “Ignore the Ten Commandments of Writing Workshop and figure out what works for you.”

Amanda Gorman ’20, the inaugural National Youth Poet Laureate of the U.S., gave a reading to open the ceremony, which by tradition is the first event in the annual Arts First festival.