Among young, trust in social media is low, poll says 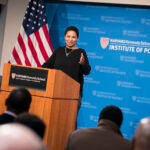 Making ‘a case for the small’

In addition, more 18- to 29-year-olds plan to vote in fall, IOP survey finds

As debate swirls about tech companies’ responsibility to protect their users’ data and Congress questions Facebook CEO Mark Zuckerberg about third parties mining information about millions of site users, a new poll suggests that the romance between college-age Americans and social media may be cooling, or at least isn’t passionate.

According to a national poll of 18- to 29-year-olds conducted by the Harvard Kennedy School’s Institute of Politics (IOP), their trust in an array of public institutions, along with some of the world’s best-known technology companies — Twitter, Uber, and Facebook — is low.

When it came to politics, the poll also found that young people are planning to vote in far greater numbers in this fall’s midterm elections.

Before news broke that the political consulting firm Cambridge Analytica misused the data of millions of Facebook users in the 2016 election, the Harvard Public Opinion Project dug into young Americans’ views of major technology companies.

The poll found that Facebook, Twitter, and Uber are trusted much less than Amazon and Google. Only 26 percent of those surveyed said they trusted Facebook “all” or “most of the time,” while 27 percent and 28 percent said they trusted Twitter and Uber, respectively. Nearly a quarter of 18- to 29-year-olds (22 percent to 24 percent) said they “never” trust these companies.

In sharp contrast, college and university administrators topped the list of most trusted institutions in the survey. Overall, 61 percent of college students reported trusting their administration all or most of the time, which placed colleges and universities ahead of the U.S. military (51 percent), the Department of Justice (45 percent), the Supreme Court (43 percent), and the FBI (42 percent).

As in last year’s poll, the least-trusted institutions among young adults were Congress (only 17 percent trust it all or most of the time), the media (16 percent), and Wall Street (14 percent).

On the heels of the March for Our Lives, the recent national gun-control protest led by young people, it’s perhaps less surprising that the poll found that young people are increasingly engaged in politics and, significantly in advance of this fall’s midterm elections, are planning to vote in greater numbers.

Overall, 37 percent of those under 30 said they will “definitely be voting,” compared with 23 percent who said the same before the last midterm election in 2014, and 31 percent in 2010.

“This is the most interest we’ve seen in midterm voting in the history of our poll,” which started in 1999, said John Della Volpe, the IOP’s polling director.

Young Democrats are driving nearly all of the increase in enthusiasm, the poll found. A majority (51 percent) reported that they will definitely vote in November, an increase of 9 percentage points since November, and significantly more than the 36 percent of Republicans who said the same. At this juncture in the 2014 election cycle, 28 percent of Democrats and 31 percent of Republicans indicated that they would definitely be voting.

Preference for Democratic control of Congress has grown since the last poll by the IOP, which conducts such surveys twice yearly. In the fall, there was a 32-point partisan gap among the most likely young voters, 65 percent preferring Democrats to control Congress, and 33 percent favoring Republicans. Now the gap has increased to 41 points, with 69 percent supporting Democrats and 28 percent Republicans.

Saying that respondents expressed “an intensity unmatched in recent times,” Della Volpe predicted that this intensity is “likely to only grow hotter as the election draws near. Young people are angry, and every incumbent in America ought to understand this.”

The poll “demonstrates that young people across the country are more engaged than ever,” and the findings have “enormous implications for policymakers and for those of us who care about civic engagement and student participation,” said Mark Gearan ’78, the IOP’s new director.

Despite these shifts in voter support, President Trump’s approval remained the same as in the last IOP poll: 25 percent approved of his performance, while 72 percent disapproved.

His approval ratings on both North Korea and health care were at 27 percent and on climate change at 22 percent. Approval of Congressional Democrats came in at 41 percent, (‒1 since fall) and of Republicans at 24 percent (+1 since fall).

This poll of 2,631 18- to 29- year-olds, which was organized with undergraduate students from the Harvard Public Opinion Project, was conducted using GfK’s probability-based online sampling methodology between March 8 and March 25. The margin of error for the poll is +/‒ 2.54 percentage points at the 95 percent confidence level.