Let me compliment you, sort of 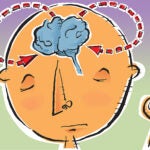 “He gave an excellent presentation, for an intern.”

“The professor wasn’t as boring as I expected.”

“She’s built a very successful business — and she has kids!”

Backhanded compliments: No one likes them, but we’ve all gotten them. And let’s be honest here. We’ve all given them from time to time.

They are the sneaky little social grenades that are lobbed into conversation under the guise of flattery, but detonate with a thud. Unlike true compliments, the backhanded variety appear to be positive but contain deadly qualifiers that foul any good feelings the plaudits might have engendered.

Given how common they are, you might assume that backhanded compliments, however unpleasant to receive, must deliver some sort of payoff for the givers. Otherwise, why make them? 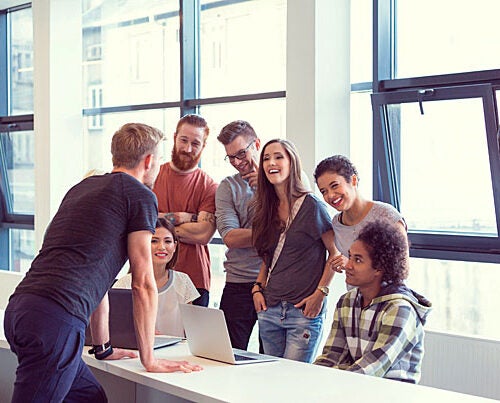 If you’re funny, that helps co-workers view you as competent and self-assured, study says 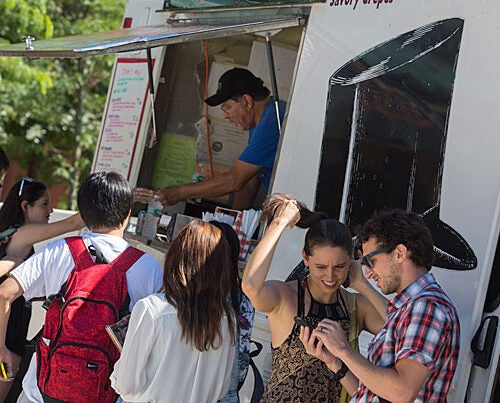 How our style of deliberating influences (and sometimes annoys) others

Though social psychologists have long studied the strategies people use to get others to like them (flattery or ingratiation) or respect them (bragging or intimidation), it turns out that little research exists on backhanded compliments.

Harvard Business School (HBS) faculty Alison Wood Brooks and Michael I. Norton, along with co-author Ovul Sezer, Ph.D. ’17, now an assistant professor at at the University of North Carolina’s Kenan Flagler Business School, set out to understand better when and why people use backhanded compliments and whether they improve status and likeability in the workplace compared with outright compliments, and if so, by how much.

Their new working paper confirms that backhanded compliments are a terrible idea. In a series of studies, they found that while people intend them to increase their likeability and status at the same time, the givers come across as less sincere, less attractive, more condescending, and even less competent than those who offer a traditional compliment.

Not only does a backhanded compliment lessen the giver’s likeability because the insulting undercurrent is not nearly as veiled as the speaker may think, it also costs the giver status with the target and with everyone who overhears the remark, such as bosses or coworkers.

“You’re aiming for these two things simultaneously, and yet you’re paradoxically hurting both of them when you give them,” said Brooks, an assistant professor of business administration and Hellman Faculty Fellow. Brooks is also a self-professed recovering “queen of backhanded compliments” who studies the psychology of conversation, with a particular interest in how people give and receive advice and feedback, of which compliments are a common form.

Those who give backhanded compliment think they’re getting a leg up on a perceived rival while burnishing their own reputation. But in reality they’re torpedoing both, and worst of all, often don’t even realize it.

“You’re not thinking enough about how you’re being perceived; you’re thinking about how they’re going to be perceived,” said Norton. “This really feels like a winning strategy for people.”

The most offensive type of backhanded compliment involves being favorably compared to a stereotyped grouping or to a negative expectation. The underlying message there is: “‘You’re not good at things; your group is not good at things, and basically all I see you as is a member of that group and nothing else,’” said Norton. “No one wants to be just a blank. And yet, when people say it, they mean it as a compliment.”

Not surprising, study respondents said the way to be liked is to give a genuine compliment. But if the goal is to also signal one’s status to others, especially when that status is under threat, then backhanded compliments are a weapon of choice.

Why engage in backhanded compliments if they cause such obvious social harm?

One key reason is that people don’t get good feedback about how they come across, analysts say. When faced with an offensive comment or act, it is rare for others to speak up in the moment, leaving backhanded complimenters with a false sense that what they said was fine.

“Either they don’t reflect about it and don’t realize at all, or they’re in denial about it. And I think that’s true about most conversational mistakes,” said Brooks. “Conversing is hard; it’s very cognitively depleting. You’re monitoring the other person’s facial expressions and body expressions and emotions and their words while you’re also doing your own. It’s a really difficult thing to do, so we make all kinds of mistakes of commission, like saying things we shouldn’t, and then we don’t say things that we should, like ‘I love your sweater!’”

Even though they generally fail, backhanded compliments do sometimes confer a competitive edge by damaging a target’s confidence and motivation, the paper concluded.

“Everyone will hate you, but if that person stops working, then I won,” said Norton, who recently worked on a study of “humblebragging,” a strategy with similar dual aims that has exploded on social media, with Sezer and Francesca Gino, the Tandon Family Professor of Business Administration at HBS.

Though flatterers are deemed insecure and unlikeable, their backhanded compliments can still inflict a potent dose of psychic harm.

“We’d like to believe that when you receive a piece of negative feedback that you could discount it and dismiss it,” said Brooks. “But what we know from psychology research on negative feedback is that it’s incredibly insidious. … It’s like an intrusive thought. The power of suggestion is so strong.”

Much like the fine line between stupid and clever, there’s not much separating a heartfelt compliment from a backhanded one.

“Compliments are meant to make you feel like you’re one of the best,” said Brooks, but backhanded compliments make it clear the giver has a comparison standard in mind that should never be articulated. “Probably underlying all compliments, the person giving the compliment is thinking of a comparison set, they’re just not making it salient. That’s how the social mind works. The person receiving it doesn’t think about it; the person just feels good. With backhanded compliments, the speaker is making that comparison set perfectly explicit, and it feels terrible: ‘Hey, I’m the best of the worst!’”

The study’s findings, the authors say, make it pretty clear how people should behave in the workplace to avoid damaging their reputations.

“If you intend to give a compliment, don’t include a qualifier. Just say it,” offered Brooks.

But if you can’t resist dishing a backhanded compliment, be strategic.

“If you are going to do it, do it in private. Our tendency is to want to do it in public [like at a staff meeting] so everyone knows,” said Norton. “But in fact, we show that they’ll all hate you.”