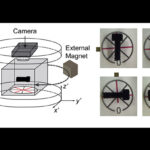 How our style of deliberating influences (and sometimes annoys) others

We’ve all been there. You’re queued up, waiting patiently to order an ice-cream cone on a hot day, when you spot a customer at the front of the line who seems stumped about what flavor to order. As the minutes tick by, your patience gives way to irritation as all scooping stops while the customer dithers over the life-altering choice of chocolate or vanilla, and those waiting share exasperated glances or mutter unflattering words.

So what’s behind the irritation that drives us to instantly judge a stranger engaged in an inconsequential activity such as getting ice cream?

It turns out that when we observe someone making a decision, the amount of time and thought the person appears to give a matter powerfully shapes our perception of that person, according to a recent paper from researchers at Harvard Business School (HBS), Stanford Graduate School of Business, and Northwestern University’s Kellogg School of Management.

Those who make seemingly quick and effortless decisions do not necessarily have more appeal and influence than those who spend more time mulling things over. Rather, observers who deem that a decision-maker has applied the “appropriate” amount of thoughtfulness to a choice will view that individual more favorably, find the decision — whatever it is — sounder, and even ascribe greater social-influence potential to the person, the study concludes.

Michael I. Norton, an associate professor at HBS and one of the paper’s co-authors, said previous research suggested that both thinking too much and thinking too little about a decision were seen as undesirable, but little research had been conducted on what constituted the right amount. The researchers knew there was a correlation between time and complexity in decision-making, but were surprised at how stark and predictable the connection appeared to be.

“We didn’t know that it would be so clear that the type of decision just very clearly predicts how much you should think about it,” he said. “This is a case where if someone is making a decision that seems to be easy and taking too long, we really judge them negatively. And the reverse: If they’re making a decision that seems like it’s really hard and they do it quickly, we really seem to say, ‘I don’t believe that person at all.’”

In three studies, respondents were asked to evaluate fictional situations, such as buying a microwave or playing blackjack, in which a protagonist had to make a decision. Sometimes the situations set up a presumably easy choice, like selecting between two colors for identical microwaves or “hitting” on a low blackjack hand. Other participants were told that the microwaves had several key differences or that the blackjack hand held cards very close to 21, making for tougher choices. In each scenario, respondents were told what the protagonist chose to do and how long he took to decide. They were then asked to rate the quality of his choice and evaluate him as a person and as a possible friend.

How respondents said they felt about the protagonist closely aligned with the perceived difficulty of the dilemma and the apparent thoughtfulness of the decision. “A decision that has 82 moving parts and you decide in a second, you’re capricious; a decision that has one moving part and you take a week, you’re overthinking it,” said Norton.

The research findings have broad application, from parenting to social relationships, and offer important lessons for fields such as politics, business, and the law, where the ability to build and exert social influence over others is critical to success, he said. Politicians who clearly convey to voters that they gave a difficult matter careful consideration before reaching decisions, for example, can more effectively convince the public that their decisions are good ones, even if they’re not, and bolster their own likeability.

So why do people assign such importance to how someone seems to calibrate the deliberation process to the demands of an issue at hand, sometimes placing it above the decision itself?