Focus on Russia, inside and out 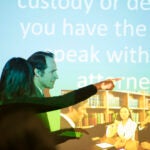 Riding high at home as he nears re-election, Putin is denounced abroad by major democracies

Russia’s national election is Sunday, and President Vladimir Putin should coast to winning his fourth term. But the real news about that giant nation is in the West, where Moscow’s increasingly bold pronouncements and provocations have raised simmering ire of its European allies, and even the U.S., to a boil.

After a former Russian spy living in Britain was found poisoned by a nerve agent linked to Moscow, leaders of Britain, France, Germany, and the U.S. issued a rare joint statement Thursday condemning Russia for the assassination attempt, saying it violated international law on using chemical weapons and threatened British sovereignty. Prime Minister Theresa May has announced the expulsion of 23 suspected Russian operatives from the U.K. and promised additional economic and political retaliation. Russia denied ordering the poisoning and promised its own retaliatory measures against Britain.

Simon Saradzhyan, a former journalist and researcher from Russia, is the founding director of the Russia Matters project, a news and policy research forum at the Belfer Center for Science and International Affairs at Harvard Kennedy School. He discussed the impact that new U.S. sanctions may have on Russia, and what Americans misunderstand about that country.

GAZETTE: The U.S. Treasury’s Office of Foreign Assets Control just announced that it will impose sanctions on a number of Russian entities and individuals, including Yevgeny Viktorovich Prigozhin, the man known as “Putin’s chef,” for Russia’s interference in the 2016 U.S. presidential election. Many operatives were indicted by the special counsel Robert Mueller III last month. How does this affect Putin, if at all?

SARADZHYAN: The only notable figure is Prigozhin. The rest are people employed by his company and have no direct connection to Putin. They occupy minor posts, so they don’t interact with the leader of the country. What I understand about Prigozhin is that most of his wealth comes from domestic business, such as catering to the Russian defense ministry or Russian schools. So in that sense I don’t see any major impact to Prigozhin or to Putin. This is a minor splash in the ongoing storm, if you will. I anticipate this has an impact close to zero on Vladimir Putin.

GAZETTE: What about the broader sanctions imposed by President Barack Obama in 2014, the Magnitsky Act? We know Putin wants them lifted, but is he under any political pressure internally from the oligarchs who are most affected to get those lifted?

SARADZHYAN: That would’ve made sense under leader Boris Yeltsin when Russia was essentially an oligarchy. In Putin’s Russia, Putin calls the shots. It’s important to ensure that the elites remain loyal, but he’s not a caretaker-manager of any kind for them. He’s the head of the state, and he’s the ultimate decision-maker. If you look at how things have been going for these people, you’d see that their wealth increased in Putin’s current presidential term. Russia’s richest people added about $30 billion to their collective net worth, so things are going pretty well for them. The businessmen who have been impacted by sanctions aren’t happy, but if you look at the wealth, it has been increasing. So there are downsides, but there are possible benefits for them.

Because when you introduce sanctions, for instance, and Russia responds by imposing sanctions on Western foods, then that means whoever has large companies in the agricultural sector is gaining from that. You should also bear in mind that these kinds of sanctions actually help Putin to domesticate the elites because they need to then move their assets to Russia, they become more dependent on the Russian state for their well-being in terms of developing their businesses, so there’s a positive side for Vladimir Putin in the sanctions, too, because it reinforces this message that Russia is living in a world order where it has powerful enemies, and therefore we should all unite against these enemies, or competitors, or partners, as he sometimes calls them.

So sanctions are unpleasant, but I haven’t seen that sanctions cause a major altering of Russia’s foreign policies. In that sense, if the purpose of the sanctions involving Ukraine was to force Russia to pull out of Ukraine, that didn’t happen. So in that sense, sanctions are not working.

GAZETTE: From the outside, Putin seems to be inserting himself into the news lately, making threats about Russia’s nuclear program, warning about revenge on “traitors,” bragging about plans to send a mission to Mars next year. Is this all because of the March 18 election, or is something else going on?

SARADZHYAN: Mostly it’s related to the election. During his campaign in 2000, and then ever since, in every campaign he becomes less energized and more jaded. This campaign is no exception. He delayed the State of the Union address, he delayed campaigning, and, from what I’ve read, the reason is that he’s very reluctant to campaign. So yes, there’ve been speeches and, compared to the same period last year, he’s been much more active. But if you compare his previous electoral campaigns, I’d say he’d been less active.

People normally just get jaded. He’s been in power since 1999, and I’ve heard time and time again that he’s less and less interested in domestic politics. He’s interested in foreign policy, hence his attitude. Of course, if he faced a real electoral threat, he would have been more active, but he doesn’t.

With the exception of two of his rivals, the rest are below the statistical margin of error, so what is there to worry about? He is [polling] at 69 percent. The same pollster is showing turnout of 70 percent, which is exactly what they’re hoping to achieve: 70 percent turnout with 70 percent voting for Putin. Why? Because that would mean [more than] half the registered voters showed up and voted for Putin, so he’d have a majority, which is important. Even if you are a semi-authoritarian leader, you need to signal to the elites and the public that there’s no real competition, there’s just you.

GAZETTE: The sharp rebuke this week by British Prime Minister Theresa May to the attempted assassination of former Russian spy Sergei Skripal and his daughter using a Russian-developed nerve agent — including her pledge to expel 23 suspected Russian spies and warning that other measures will be taken against Russia — how is this back-and-forth between Russia and the U.K. playing in Russia? Do voters know the scope of what’s at issue?

SARADZYHAN: No, they are simply aware of what’s on TV because the majority of Russians continue to rely on TV. And all the national channels in Russia are either directly owned by the state or controlled by state-owned entities or controlled by entities that are loyal to the state. The message is “Russia has nothing to do with it,” but also “Traitors should take notice because this is what happens to them.” So they are aware, but, as some Trump supporters would say, they have their own alternative facts.

The messaging is that “Russia has enemies that are powerful, and they will harm Russia, and therefore we should all unite against the external threats so that Russia remains a great, strong power,” so whatever challenges emerge in the foreign security policy domains are portrayed in that sense — that the challenges arise not because of ill-fought steps by us, but because there are these enemies that harmed Russia, and therefore we should unite and jointly repel them so Russia will remain great.”

GAZETTE: What’s the political and economic climate or feeling inside Russia right now?

SARADZHYAN: The economic climate is improving. Russia is nowhere near the 7-plus percent annual growth of GDP it experienced in the 2000s. But the economy is poised to grow even though the growth is at the level below the global average. So the downturn has stopped, but people are still suffering. Their incomes have yet to recover, and that, of course, has impacted the overall mood. Some people are very disillusioned, others are hopeful. But overall the idea that “Yes, we have to suffer a bit, but for that we get to live in a great power that the whole world has to take into account” has been a successful message to a great many Russians. Yes, state-owned polls are not the most reliable source, to put it mildly, but there are a significant number of people in Russia who are willing to endure some sort of hardship as long as they can be proud of their country and its standing in the global order.

GAZETTE: What’s the biggest misunderstanding we have in the U.S. about Putin or his government’s goals and interests?

SARADZHYAN: I just wrote a piece for The National Interest, and in there I say the biggest misapprehension about Russia is that if only someone else were to replace Putin, Russia would be more accommodating toward the West in global arrangements because Putin’s personal anti-Western views supposedly prevent that.

I think this is the biggest misconception. Yes, one of Vladimir Putin’s goals is, of course, survival of his regime, but he is guided mostly by Russia’s national interests, the way he sees them. Whoever replaces Putin would be doing just the same. It would be a matter of whether Russia has the resources to advance these interests. Yeltsin didn’t have them.