The pressures on academic freedom 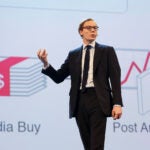 This pillar of open societies is being directly confronted abroad and subtly undercut at home, panelists say

Academic freedom is an important pillar of open societies, but two panelists worry that aspects of it are now being targeted both globally and in the U.S.

The panelists at Wednesday’s Samuel L. and Elizabeth Jodidi Lecture, sponsored by the Weatherhead Center for International Affairs, agreed that the struggle to sustain the principle in the near future may be tougher than in the past, but each panelist brought a different slant to the issue.

During the session, called “Insidious Threats to Academic Freedom in the U.S. and Abroad,” Michael Ignatieff, president of Central European University in Budapest and an associate at Harvard’s Center for European Studies, discussed the problems his institution faces — the “straight-on, in your face, boom-boom” threats, as he characterized them. And Craig Calhoun, president of the Los Angeles-based Berggruen Institute, spoke of more-insidious threats, the philosophical and cultural changes that can undermine academic freedom less overtly.

As president of an American academic institution in Hungary, Ignatieff faces conflict with the government there. As relayed by moderator Michèle Lamont, the Weatherhead’s director and Robert I. Goldman Professor of European Studies and professor of sociology and of African and African American Studies, Prime Minister Viktor Orban has an “obsession” with the university’s founder, the Hungarian-American investor and philanthropist George Soros. Orban is currently running for re-election on a “stop Soros” platform that blames him for a wave of immigration into Hungary. This, said Ignatieff, amounts to a “systematic mystification of the real.” For example, the prime minister’s campaign has suggested that Hungary’s Christian civilization is threatened by Muslim immigration, yet there are only about 2,000 Muslims in all of Hungary.

“What are we to make of a place like Hungary?” Ignatieff asked. The answer, he said, is not simple, as traditional definitions of “open” and “closed” societies do not apply neatly there. Budapest has a free press, and citizens are free to leave the country or return. This suits oligarchs who are free under such policies to deposit their money in other parts of Europe.

Yet Hungary also propagates what Ingatieff called a “consistent hostility to counter-majoritarian institutions.” In other words, Orban claims to be the voice of the people because they elected him, and he often maintains that institutions like the university are enemies of the people. As a result, the university has had to resist new laws aimed at shutting it down, an effort that Ignatieff said brought 80,000 citizens to the streets to rally on its behalf. “They saw our struggle as their struggle.”

Just as important, Ingatieff said, is that the university keep its autonomy. “I am funded by Soros,” he said, but “I am accountable not to him, but to 21 trustees.” He said Orban “doesn’t push me around, but neither does my founder.”

Calhoun’s talk examined the subtler restrictions on academic freedom, which he said result from a shift of priorities here in America.

“Free inquiry depends on institutional support systems, and these are subject to erosion. And we live in an era when there has been erosion in our production of public good.” He said this is reflected in widespread distrust of the legal and journalistic professions as well as academia. In some parts of academia, “We are caught up in a mission of pursuing high status and higher rankings, and of forgetting the purpose behind it. Academic freedom is challenged by the way the system works.”

Academic freedom, Calhoun suggested, is bound up with a society’s overall character, and this is now “a world that has been remade with winner-take-all economies, intensified globalizations, and transformations of the abilities of people to participate.” This results in overwhelming career pressures for college students, corresponding pressures to gain tenure for professors, and an overall emphasis on productivity at the expense of pure intellectual inquiry.

Academics “often say they’re too busy for intellectual conversations, they’re too busy with other aspects of their work,” Calhoun said. “As a whole, academics are busier being professionals in their specific areas than they’re engaged in determining the future of the institution in which they work.”

Calhoun also suggested that the same “systematic mystification of the real” that Ignatieff found in Hungary is taking hold in America. “Taking Donald Trump as an example, there is a declining respect for knowledge in society at large. In the government, there is a choice not to have the experts who would bring knowledge to key domains, whether it is the environment or health care,” he said.

Both panelists said that academia ought to strengthen its sense of mission. Calhoun said, “We need to persuade our fellow citizens that what we do is for them. And we need to make sure that what we do really is for them.” Ignatieff said, “Our job is to create, save, contest, and question the knowledge on which a liberal democratic society defends. …We are fighting for the very capacity of a society to see itself truly. That is a battle we have to win.”

To view a video of the conference, visit the Weatherhead Center for International Affairs site.