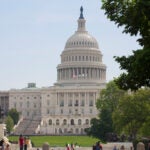 The Radcliffe Institute for Advanced Study announced today that former U.S. Secretary of State Hillary Rodham Clinton will receive the prestigious Radcliffe Medal on May 25 during Harvard’s Commencement week.

Awarded on Radcliffe Day, the annual gathering to celebrate the institute’s commitment to excellence and inquiry, the medal honors individuals whose lives and work have had a transformative impact on society.

Radcliffe Dean Lizabeth Cohen called Clinton a “champion for human rights” and for the welfare of all, a “skilled legislator,” and “an advocate of American leadership to create a world in which states live up to their responsibilities.”

A former first lady, Clinton served as a U.S. senator from New York from 2001 to 2009 before taking over as Secretary of State from 2009 to 2013. She was the Democratic Party’s nominee for president in 2016, the first woman candidate for that office from a major political party.

“Hillary Clinton’s life and career are an inspiration to people around the world,” said Cohen, who is also the Howard Mumford Jones Professor of American Studies in Harvard’s Department of History. “We commend Secretary Clinton for her accomplishments in the public sphere as a champion for human rights and the welfare of all, as a skilled legislator, and as an advocate of American leadership to create a world in which states — to quote Secretary Clinton — ‘have clear incentives to cooperate and live up to their responsibilities, as well as strong disincentives to … sow discord and division.’ We salute her commitment to a life of public service and the resilience it takes to live and work in the public eye.”

“Whether in Arkansas, Washington, D.C., New York state, or traveling around the globe as secretary of state,” Cohen said, “Secretary Clinton has provided a model of what it takes to transform society, often under scrutiny: tireless effort, toughness amid the political fray, and an enduring capacity to envision a better future.” 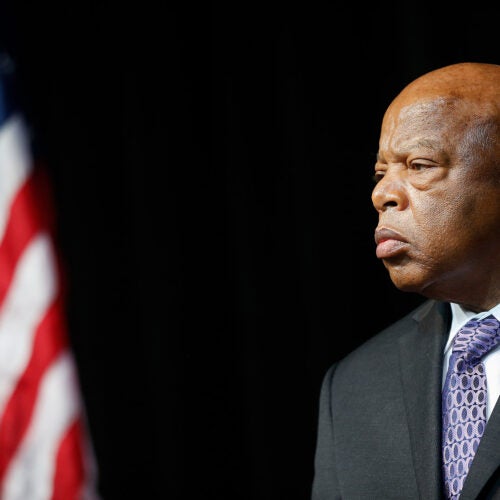 Radcliffe Day will feature a tribute to Clinton from Albright, a global affairs trailblazer, followed by a wide-ranging keynote conversation between Clinton and Massachusetts Attorney General Maura Healey ’92.

The day’s program will open with a panel titled “Toward a New Global Architecture? America’s Role in a Changing World.” In 2009, Clinton outlined a vision for a global architecture with both incentives to cooperate and disincentives to cause friction. Nearly a decade later, the U.S. is still grappling with complex questions about its role in global affairs. Nicholas Burns, the Roy and Barbara Goodman Family Professor of the Practice of Diplomacy and International Relations at Harvard Kennedy School and a former U.S. ambassador to NATO and undersecretary of state for political affairs, will moderate a discussion exploring these issues with the foreign-policy experts Michèle Flournoy, David Ignatius, Meghan O’Sullivan, and Anne-Marie Slaughter.

The Radcliffe Institute is dedicated to creating and sharing transformative ideas across all disciplines. Each year, the Institute hosts 50 leading scholars, scientists, and artists from around the world in its residential fellowship program. Radcliffe fosters innovative research collaborations and offers hundreds of public lectures, exhibitions, performances, conferences, and other events annually.

The institute also is home to the Arthur and Elizabeth Schlesinger Library, the nation’s foremost archive on the history of women, gender, and sexuality.