The Kerner Report on race, 50 years on 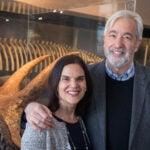 It urged the nation to target built-in inequities, but the results are mixed, Orlando Patterson says

In the summer of 1967, racial strife broke out in Newark, N.J., and Detroit, quickly followed by civil disturbances in more than 100 U.S. cities. To understand the roots of the unrest that caused havoc across the country, President Lyndon Johnson created the National Advisory Commission on Civil Disorders, chaired by Illinois Gov. Otto Kerner. A year later, the Kerner Commission issued a blistering report concluding that structural racism was at the root of the riots, and that America’s improved future depended on solving the racial divide.

Fifty years after the report’s release, the Gazette interviewed Orlando Patterson, the John Cowles Professor of Sociology at Harvard, to revisit what it found, what it recommended, why its proposals were never followed, and what should happen now.

GAZETTE: In 1968, the Kerner Report concluded that “the nation was moving toward two societies, one black, one white — separate and unequal.” What is your assessment of the situation 50 years later?

PATTERSON: Since then, there have been very important changes, but also some disappointments. There is no doubt that in the public sphere, particularly in the political realm, there have been substantial improvements. A good example is the election of a black president, but we should see this simply as the result of major changes in our political system that allowed blacks to be elected as mayors, congressional and senatorial representatives, and the occasional governor in the past 50 years. The Obama election didn’t mark a post-racial era. That’s an exaggerated and absurd claim. It’s nonsense.

We all know that the major disadvantages that African-Americans face have roots in their enslavement. For most of the time African-Americans have lived in this country, they have been viewed as the quintessential outsiders, as people who didn’t belong to the dominant political or moral community. That was reflected in the absence of blacks in important political positions but also in the national conversation, up to about the 1960s. That has changed completely. In addition to that, there are some important economic changes, and this shouldn’t be sniffed at. There is a genuine black middle class. Finally, there is also the strong influence of blacks in the cultural life of the country. But in spite of their presence in the public sphere, black Americans still remain quite segregated in their private lives.

GAZETTE: What are the factors that allowed segregation to continue? Some experts argue that segregation is almost as bad as before, or perhaps even worse.

PATTERSON: Here is the great irony: The highest levels of segregation are in the most liberal Northeastern states, including New York, which deems itself the pre-eminent liberal state. On the other hand, cities that have experienced the highest levels of integration are the new Sun Belt cities — Houston, for instance. Part of the reason is that in newer cities people don’t feel that they and their ancestors have been living there for generations. And outsiders are not seen as suspicious because everybody is an outsider in a new city.

There have been some changes in education at the elite level. But by and large this has been a major area of disappointment. The number of black students in overwhelmingly majority-black schools is as great as it was when the report came out. That, of course, is related to housing segregation. Now, blacks can afford good schools if they can afford to live in places that have such schools. There was a time when they wouldn’t get in or were admitted in token numbers. But much of the progress has been at the upper-middle-class level. Those at the bottom, the black poor, are not seeing much change. In relative terms, the black poor may even be slightly worse off. They certainly are as segregated as they ever were, and the violence in the inner cities has increased substantially since the Kerner Report.

PATTERSON: There is evidence that indicates that the ghettos must go. But it’s important to know there is some ambivalence within the African-American community. For many, having a black community ensures black cultural and communal life, both of which could dissipate if blacks are integrated in the broader white community. I disagree. Ghettos never worked.

When people say that black neighborhoods are needed for black culture to live on, I point to the Jews, because even as they integrated, they preserved their culture. All other groups in America recognize that staying clustered in ghettos is not good. That was true of Jews. It’s been true of Asians. That’s also true of Irish and Italians, and more recently it’s been true of Hispanics. There is a growing Hispanic middle class that is very integrated. I don’t see why black Americans can’t do the same. Researchers found that blacks who moved to better neighborhoods were better off than those who stayed in their neighborhoods with similar resources.

GAZETTE: What other factors have prevented integration from happening?

PATTERSON: There has always been right-wing and racist opposition to any government attempt at integration. There was already some hostility to the [federal government’s] Moving to Opportunity for Fair Housing program in the late ’90s. But there is also the hypocrisy and the “not-in-my-backyard” view of many middle- and upper-middle-class people, including white liberals, who have strongly resisted attempts at building moderate-income and low-income housing in the suburbs.

And finally, there is the reluctance of some black leaders to promote integration too vigorously because of the argument that we need black neighborhoods to preserve African-American traditions, racial pride, a sense of identity, as well as the political advantages of being clustered. But Martin Luther King Jr. strongly supported integration, and he referred to an integrated society as America’s beloved community. Between the right-wing opposition, the white liberal hypocrisy, and the ambivalence of black leaders, integration has faded away from the national agenda. But the main reason for the lack of integration is that blacks don’t have the income to integrate; they can’t afford to live in the suburbs or send their kids to private schools. Some can do it, and that’s some progress, but it’s not enough.

GAZETTE: Some are saying it’s time for a new report on the racial divide in the U.S. Do we need a new version of the Kerner Report?

PATTERSON: It can do no harm, but I don’t think it would be effective. Bill Clinton tried a National Conversation on Race, and it didn’t lead to much. What I think is more important is that the leadership within both the black and the liberal communities work together to improve the situation in the inner cities. Right now, people are fully aware of the despair and pessimism that exist in the black community, especially in regard to black youth, police brutality, black unemployment, and mass incarceration, which is an abomination. One in three black youth is likely to risk imprisonment. That’s an abomination for all Americans.

We know what the solutions are: integration, education, and decent jobs. Whether we need another commission to say that again, I don’t think so. There has to be a joint effort of all communities and a massive infusion of support at the local, state, and federal level to provide better education in the inner cities because this goes beyond providing jobs. The jobs are not coming back even for white people in the Midlands, and I don’t expect them to come back in the inner cities.

GAZETTE: Finally, how relevant is the Kerner Report in the era of Black Lives Matter?

PATTERSON: We’re going through a period of extreme despair about the situation of African-Americans. The most extreme form of this despair is a movement called Afro-pessimism, which holds that black Americans are still viewed as they were viewed in the slavery days as different, inferior, and as outsiders.

I find myself in an odd situation because the Afro-pessimists draw heavily on one of my books, “Slavery and Social Death,” which is ironic, because I’m not a pessimist. I don’t think we’re in a situation of social death, because one of the elements of social death is that you’re not recognized as an integral member of the civic community, the public sphere, and we certainly are, on the political and cultural levels. And we’re very integrated in the military, which is the quintessence of what defines who belongs. The Afro-pessimists are right, though, to point to persisting segregation in the private sphere.

When the report came out, it was a period of turmoil. It was one of those times when people felt that civilization was on the brink of collapse. In a way, what is happening now is similar to what happened then. And like in the past, the right and the left are at loggerheads about which direction to take. People on the right view behavior as the reason for poverty and crime, while liberals point to structural factors, as well as racism.

My take is that the problems of black America go back several centuries. The state sanctioned both slavery and Jim Crow after Reconstruction as a form of neo-slavery. When slavery was finally abolished in 1865, it ended the legal capacity of one person to own another, but the culture of slavery and the set of institutions that were built up to support that system persisted.

The state also legally sanctioned and economically supported the postwar growth and segregation of the suburbs. So I see this as a state-sanctioned, structurally created problem, and therefore the state must bear a major responsibility in correcting it. The question is how we move forward. In a fair world, the state will assume its responsibility and invest in a giant, massive infusion of support at the local, state, and federal levels to reverse the situation. Maybe, on second thought, we do need another report to alert people to the fact that the level of segregation is as great as it ever was.