The quest to win over Amazon 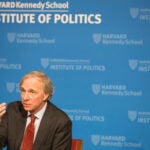 A business success based on openness

Only one of 20 cities, Boston among them, can win its HQ contest, but losers may benefit too, Harvard professor says

Always seeking ways to bolster the economy and add jobs, governors, mayors, and civic boosters are often on the prowl for elite companies mulling relocation or expansion. Luring businesses is often good for many reasons, from raising employment numbers and fattening tax revenues to stepping up investments in ancillary companies. Success in recruiting will breed more success, the theory says.

But, ever the disruptor, internet retailer and cloud storage provider Amazon has turned this public-private pas de deux on its head by launching a very public sweepstakes-style competition to site the company’s second corporate hub. Dubbed “Amazon HQ2,” the Seattle-based corporate giant projects the expansion will create as many as 50,000 well-paying jobs and deliver $5 billion in construction and investment to the city that best makes its case.

Some critics call the competition a cynical public relations stunt, pitting job-hungry cities against each other in hopes of creating a bidding war for tax breaks and other concessions that, for the winner, will eventually drive up costs for taxpayers.

Last month, Amazon announced it had narrowed the field of contenders from more than 200 cities down to 20, 19 in the United States, and Toronto. Boston remains a contender and is believed to have a good chance at winning. The company is expected to reveal its selection for its second corporate headquarters later this year.

Sunil Gupta, the Edward W. Carter Professor of Business Administration and chair of the general management program at Harvard Business School (HBS), studies digital technology and its effects on consumer behavior and corporate strategy. He also has written an HBS case study on Amazon that was revised last July. He spoke with the Gazette about what the winner — and the losers — may expect to gain from the quest.

GAZETTE: So many cities believe Amazon would be a desirable tenant. What’s the evidence to suggest their faith is well-placed, and what are some of the realistic upsides of winning this contest?

GUPTA: We don’t know. But we know Amazon is growing very rapidly, and they certainly need another office, whether we call it HQ2 or a large satellite office. It’s a technology company that needs talent; they also need R&D. They’re certainly hiring more people, and the size of their employee base is also growing.

But whether it’s going to be 50,000 more jobs and $5 billion I think is very, very hard to say. That will be part of the negotiations between city officials and Amazon: What is guaranteed, and what is a promise? Sometimes what cities are looking for is a big stimulus that helps economic development because it attracts other investment, it attracts other talent, it jump-starts the city in terms of becoming a center of attraction.

Almost every startup ends up going to Silicon Valley because of all the people around … so this might be another way to say Amazon becomes a nucleus to attract other talent, other companies, other resources — which is very hard to gauge, to be honest. Because it’s a technology and logistics company, it’s going to attract lots of other satellite companies, small and medium-size companies that are either suppliers to Amazon or partners to Amazon, and so forth. And so there’s a cascading effect, to some extent, which is the hope, apart from the investment that will come from Amazon. At the same time, it will attract more talent, whether in the universities or in the research labs, so there’s a network effect that goes around it, more than just what Amazon puts into the pie.

GAZETTE: What are some of the unintended consequences, both positive and negative, of a massive company like Amazon opening a headquarters in a city?

GUPTA: The obvious thing, of course, is that it has the potential [to be problematic] for the existing population, whether it’s in terms of traffic, whether it’s in terms of housing. There’s also concern about it increasing [income] inequality because the jobs [are likely to] be high-paying, and therefore low-income people will be displaced by the housing market. There are examples where companies come to a particular city, the city gives a huge amount of tax subsidies and incentives, and then their plans change. They shut down the plant or the office, and the [city] is left hanging with a vacant lot.

When GE came to Boston, leader Jeff Immelt had been extremely positive about it. But now we hear that GE’s move will not be completed until 2021, Jeff Immelt is not the CEO anymore, and we have a new guy who might break up the company, in which case their whole plan might change. Everything that a city does should not be centered around one company. Officials should use this as a starting point to build infrastructure and other facilities that go beyond benefiting one particular company.

GAZETTE: You say Amazon will affect all kinds of local small businesses, for good and bad, along with quality-of-life factors like traffic and housing prices. Is the effect likely to be different in places with a more robust and more diverse business community versus locations where there’s a lot less going on? Is it better for Amazon to be the biggest fish in a small pond or one among many?

GUPTA: If you’re Amazon, you don’t want to be in a completely isolated city because you don’t want to start building the city infrastructure from scratch. You may have difficulty attracting the right talent to live in those cities. Amazon will probably not go to a major city like Manhattan [in New York]. That’s probably not the right thing for them because it’s overcrowded and too expensive. It will be somewhere between those two extremes, if you will.

GAZETTE: Amazon has made its desire to open a second HQ very public and done so in a sweepstakes-style way. Was that a smart approach and, if so, why? What are they getting out of it?

GUPTA: This is a pretty smart idea because not only do they have a horse race among cities — some cities are bending over backward to give them all kinds of incentives because in their judgment [Amazon] is a huge boost to the city’s economy — but also Amazon is getting all kinds of interesting ideas about what might be possible that they never thought about. They’re getting information and ideas about things they can do once the headquarters is built in whichever city they choose, as compared to their own team figuring out what the best city is. A lot of cities are putting a lot of talented minds to it, and that aptly helps make the decision better.

GAZETTE: Presumably, no location is perfect. Amazon has laid out a basic framework of needs, but what factors do you think will sway the company in the end?

GUPTA: It’s hard to say, but my judgment is three factors will probably drive that the most. One, of course, will be some sort of incentive the government will provide, whether it’s a tax subsidy or other financial incentive, because ultimately they’re a business. The second is the infrastructure. [Amazon] is a logistics company, and if you bring in 50,000 people, you want to make sure the city can handle that many people, the trucks and whatever else they’re going to do. So the infrastructure has to either already be there or the government promises to build the infrastructure so it’s not an inconvenience to the company. And the third major factor is the talent. Can you sort the talent? It is a technology company. That’s why Stanford being close to Silicon Valley is quite helpful, and we have MIT and Harvard being quite helpful [here]. So certainly, a talent pool already in the technology area would be absolutely essential to them.

GAZETTE: Who has the best shot, and what are Boston’s chances?

GUPTA: I honestly don’t know. I read the same reports that you read, so it’s hard to speculate. Boston has a fair shot because it’s certainly very, very high on the talent pool, and that’s the key competitive advantage. Boston’s infrastructure is not probably the best, and also it’s a smaller city than many other cities and pretty congested. I’m not sure if Amazon were to come to Boston where they would put their headquarters to begin with. And the traffic would be potentially a nightmare.

I’m sure [Boston] Mayor Marty Walsh and others have thought about it. … Those questions have to be answered to the satisfaction of Amazon for it to say yes, Boston is a contender. Fifty thousand people have to be housed somewhere. If the housing prices go through the roof, that’s a huge problem, and then you have a backlash from the other residents of the city. So city officials also have to worry that this is not such a big disruptor to the rest of the city that it creates a problem. So I think you need a reasonable site that can absorb 50,000 people without a major disruption, without causing major traffic headaches and housing headaches. So it’s the usual Goldilocks principle in some ways.

GAZETTE: The New York Times recently ran a piece about the ancillary benefits this contest could have on the losing cities. Do you think there could be such benefits and, if so, what might they be?

GUPTA: Absolutely. In a way, it forces the government officials to think, if they’re smart, “Why did we lose?” It’s a good learning tool either way to attract investment. If they get outbid, that’s a different story. But if, let’s say, Amazon doesn’t come to Boston because our infrastructure is lousy, then that’s a wake-up call to the government. Amazon is a big fish, but there may be other smaller companies that may not be coming because our infrastructure is not good. I totally agree. This is a good learning exercise for the 19 cities that won’t win. I don’t think every city should consider itself a failure if it doesn’t because Amazon can only go to one of those 20 cities.

Amazon will have different criteria than Google or somebody else. And it’s not just technology companies. Let’s say tomorrow a pharmaceutical company wants to come in. Everyone will have a different requirement. But some of the requirements are basic, things that cut across different industries.