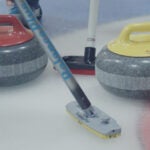 “The most difficult part about being a potter is having that steady hand to work the clay,” master potter Ben Owen III tells an appreciative crowd at a recent workshop at the Harvard Ceramics Building in Allston.

The third-generation artisan from North Carolina dispensed advice and stories from behind the wheel as he shaped vases and teapots. “Major in the minors,” he said, encouraging the student and community potters to pay attention to the details.

“I have never seen a visiting artist make as many works in such a short amount of time,” said Kathy King, director of education for the ceramics program. “This enthusiasm for his craft and generosity in sharing his techniques was impressive.”

Owen said his grandfather began teaching him pottery when he was 9 years old. He would say, “Each pot is a sketch for the next one.”

Owen recalled being 13 when his grandfather was bedridden with arthritis and leg pain from years at the kick wheel, worsened by a cold. The teenager snuck out to the studio with one of his elder’s teapots to use as a model, and made three of his own.

“I did the best I could with my skill,” Owen said. “I took them into the house to show him. I was so proud to show him I made three teapots.

“He sat right up, and he had been in the bed most of the day. … ‘You made your knob too small. You made your handle too thin. You made your spout too big.’ And the next day he was right back out there with me. ‘We’re going to try these teapots again.’” Owen laughed. “The reason why my grandfather lived longer was he never knew what I was going to do next. He was such a great mentor.”

Graduate student Ana Paula Hirano, a relative newcomer to pottery, said she learned new techniques from Owen, such as using a potter’s tool called the rib to dry the clay.

“He talked about how he wedges, and how that creates a certain spiral on the clay,” added Alex Kim ’21. “He then showed us how putting that spiral on the wheel in the wrong direction can have an effect on the structural quality of a clay piece. … I am eager to apply this new method to my craft.”