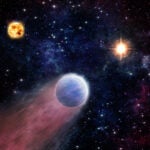 James McCarthy, a professor of biological oceanography and the Alexander Agassiz Professor of Biological Oceanography in the Museum of Comparative Zoology, whose pioneering work on marine nutrient cycles has led to greater understanding of how human activity is influencing climate, has been named a recipient of the Tyler Prize for Environmental Achievement. The other 2018 winner is Paul Falkowski of Rutgers University.

“We are recognizing these two great scientists for their enormous contributions to fighting climate change through increasing our scientific understanding of how Earth’s climate works, as well as bringing together that knowledge for the purpose of policy change,” said Julia Marton- Lefèvre, chair of the Tyler Prize committee. “This is a great message for the world today — that U.S. scientists are leading some of the most promising research into Earth’s climate, and helping to turn that knowledge into policy change.”

The award came just days after Harvard President Drew Faust announced a plan to make the University fossil fuel-free by 2050. The initiative builds on Harvard’s previous 10-year climate goal, to reduce greenhouse gas emissions by 30 percent, including growth. That goal was reached in 2016. 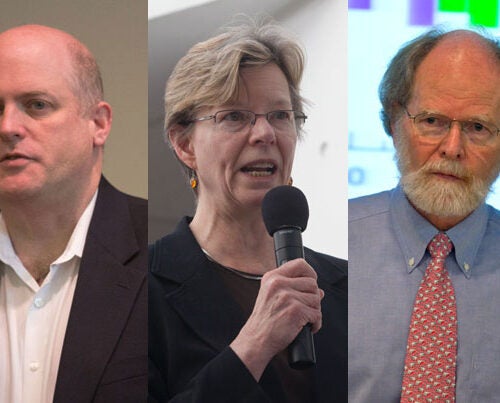 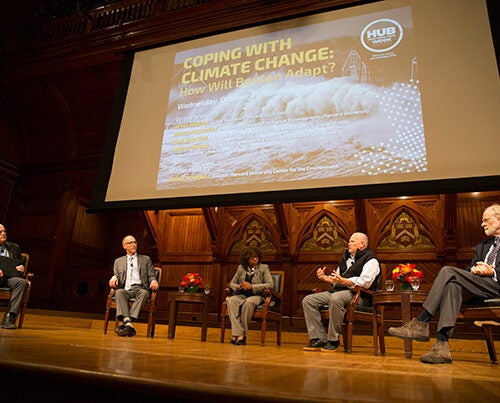 HUBweek panel says recent past helps to show where action is needed, including in Boston

McCarthy shared his response to the award, as well as warnings and some hope for a world facing increasingly visible climate change.

GAZETTE: Can you describe your feelings when you received the news?

McCARTHY: I had a phone message from a friend whom I’d worked with years ago, so when I returned the call, my thought was that she was probably coming to town, and I was looking forward to a visit. She said, “I’ve got some good news,” and it was a good thing I was sitting down, because I was flabbergasted.

GAZETTE: You are a biological oceanographer. Can you describe that field and how it connects with our understanding of climate change?

McCARTHY: It has always been known that the biotic processes in the ocean are important in a variety of ways, such as for the fish harvest that many people depend upon. But the important roles of marine organisms in climate, such as contributing to the storage of carbon in the sea, were only vaguely appreciated until a few decades ago. Moreover, the amount of biological production by single-cell plant plankton in the ocean is comparable on an annual basis to that for plants on land, but most people typically think of terrestrial production as being much greater.

Our ability to make these types of comparisons and to study these processes in the ocean, on land, and in the atmosphere has only come in the last 30 years or so, with the advent of satellite sensors. Working on research ships, we can cover the ocean only sporadically … but satellites gave us the ability to see a much larger field. We can see what is happening in the ocean when ships are not there, but we can also better understand how much the area we’re studying aboard ships is representative of the wider ocean.

GAZETTE: How serious are the threats from climate change to the world’s oceans? Will it be possible to reverse the damage we’re already seeing, or should we only be thinking of how to mitigate the impacts?

McCARTHY: There was a period of optimism in 2016 after leaders of the nations that are contributing most to this problem, joined by all other nations, established the Paris climate agreement. But over the past year we’ve seen the U.S. government retreat from a serious commitment to slow the rate of climate change.

From satellite data we know the oceans are warming everywhere, but what is not really appreciated by the public is that most — more than 90 percent — of the temperature change we see globally has been in the ocean. This tells you how important the ocean is in buffering climate change. Think about how much warmer it would be on land if the oceans weren’t absorbing so much of this heat.

A warmer ocean leads to more evaporation, with a greater potential to energize storms. If we look at the trajectory of storms over the last few decades we can see this effect. Hurricane Katrina crossed Florida as a Category 1 storm, but then unusually warm water in the Gulf of Mexico caused it to ramp up to Category 5. Superstorm Sandy escaped the tropics, and near-record temperatures in the Gulf Stream allowed it to intensify before it made landfall in New Jersey. As the ocean continues to warm, we can expect more intense storms.

Another important manifestation of the warming of the ocean is the rise in sea level. The best estimates are that in the early 1900s, sea level was rising about one millimeter per year. By the late 1900s, it was about two millimeters, and it’s now about three millimeters.

GAZETTE: How does that warming impact ocean life?

McCARTHY: Most people understand the relationship between a warmer atmosphere and a warmer ocean, but a lot of people don’t appreciate that as the ocean absorbs CO2 that humans are releasing to the atmosphere, it becomes more acidic.

Already in areas like the Pacific Northwest this change in ocean chemistry is affecting the ability of larval oysters to form shells. The larva of a marine organism has a limited amount of resources — it’s got to make it to a critical stage of development with those resources. For an oyster and other organisms that live on the bottom of the ocean, this includes making its first shell. If it can’t, because a lower pH makes shell formation more difficult, then reproduction fails. Changes in ocean pH will also have additional effects on many species.

People have talked about solutions to climate change like shading the Earth to keep it cooler or putting reflective material in the upper atmosphere, but if we are not doing anything to slow the release of CO2, we’re not addressing this other very serious challenge for marine organisms.

GAZETTE: Will we be able to turn back the clock on these challenges, or should we be thinking about how to mitigate the fallout from climate change?

McCARTHY: Turning back the clock is not in the cards — we cannot go back to the climate of 1950. What we can do is slow the rate of change.

The last dramatic change in Earth’s climate was about 18,000 years ago, when we came out of the most recent Ice Age. Over a period of about 8,000 years, an ice sheet a mile thick right here in Cambridge retreated north. But the change occurring now is 100 times faster. In other words, in the next 100 years we could see change equivalent to what happened earlier over a period 100 times longer, 10,000 years. If we can slow climate change, we will have a better chance of adapting to the consequences of warming, including sea level rise. In short, we need to do much more than we are doing now to be prepared for future change.

A lot of what needs to be done can’t be done without concerted government action. We need to have policies in place that recognize the costs of inaction. Right now we put our waste CO2 into the atmosphere and pay no penalty for the climate change that it will cause. We recognize the importance of proper disposal with sewage and many industrial wastes. The same should be true for CO2.

Presently the U.S. government isn’t committed to addressing this problem. Fortunately, other nations and the governments of many cities and states in our country are. There’s a growing sense that until we have a change in Washington, a lot can be done on the local level where people can see that reducing greenhouse gas emissions is possible at little or no cost.

GAZETTE: Are you ultimately optimistic that the world will be able to come together and step up to the challenges of climate change?

McCARTHY: I am optimistic. I think the alliance that President Obama helped to form — for the first time ever having the U.S., China, and India at the negotiating table — along with every other nation agreeing on a strategy for reducing greenhouse gas emissions — was a terrific accomplishment.

But I would say what makes me more optimistic than anything else are the young people I interact with here every day. They understand this problem in a way earlier generations at the same age didn’t. No matter where they go — into the business world or public service or academia — they carry this understanding with them. The realization that the leaders of tomorrow are leaving Harvard University knowing that their generation can and will address this problem, I think, is a great reason for optimism.