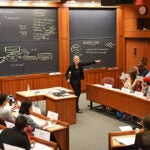 Unexpected bumps suggest new forces in play; Business School professor mulls what they may be

After years of robust growth so steady that it often seemed endless, U.S. financial markets suddenly have been buffeted by fierce headwinds. Both the Dow Jones industrial average and the Standard & Poor’s index plunged on Monday. Although they regained much of that ground Tuesday, it appears that new, unexplained financial pressures are in play.

Analysts quickly attributed the sudden drop to everything from skittishness over rising wages to recent jobs numbers and fears of inflation, uncertainty over political turmoil in Washington to warning the new Federal Reserve chairman against raising interest rates quickly. In other words, as screenwriter William Goldman once said of Hollywood’s unpredictable trends, “Nobody knows anything.”

Robin Greenwood, the George Gund Professor of Finance and Banking at Harvard Business School, studies behavioral and institutional finance, with a focus on macro market inefficiencies such as price bubbles. He spoke with the Gazette on Tuesday about market volatility and what he’ll be watching in the days ahead to understand better whether this is a short-term adjustment or a lasting shift.

GAZETTE: As someone who studies behavioral finance, what do you see when you look at market activity?

GReenwood: Behavioral finance, unlike classical finance, starts with the presumption that to understand prices you need to understand investors’ behavior, both what they’re doing and what they believe. The things I’ve worked on have been investor expectations, measurement of bubbles, and things like that. We did some work on trying to predict the end of bubbles. As an example, bubbles aren’t just periods where prices have gone up a lot. They’re also periods with a lot of volatility, a lot of trading volume, measures of speculation, issuance, and so on. We were trying to capture those things and ask: “Can you use that other data beyond just the prices to forecast what’s going to happen?” We had some limited success in using that kind of data. What we were really interested in was trying to capture that psychology. The challenge is it’s hard to do so in a historical way because the data changes. And capturing the mindset in, say, 1929 … but doing so in a way that’s systematic, so that we’re saying the same thing in 1929 as in 1999, is pretty challenging when it comes to humanizing it. 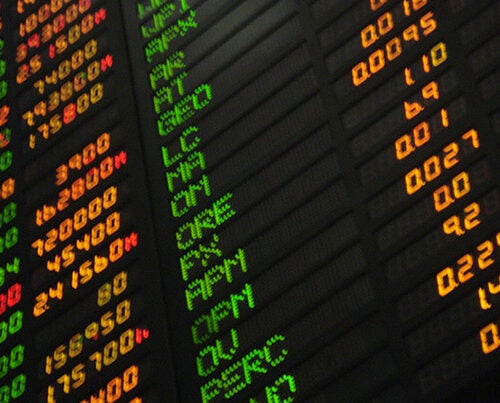 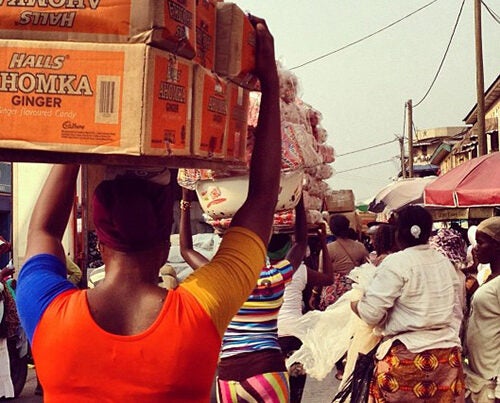 GAZETTE: How would you characterize what’s going on in the stock market, and why doesn’t anyone seem to know for certain why it’s happening?

GReenwood: One factor is that if you look at the overall pricing of the stock market today, it is very high. Whether you do that on a price-earnings basis or any kind of adjusted-price basis, you come to that conclusion. That means you worry that the long-term returns to people who buy into the stock market … are going to be low. That said, high prices aren’t actually a great predictor of quick and devastating crashes. If you look at periods where we’ve had these crashes — 1987, for example … or all sorts of events that we’ve had over the past couple of decades — they seem to happen whether or not the market has risen a lot or not.

So I think of this as perhaps more of a freak event. That said, the freak events tend to happen much more than one would predict in the stock market. People often talk about “fat tails.” What they mean there is that they try to characterize how much the market could be up or down on a given day based on its historical volatility. “Fat tails” means those big days happen much more often than one would think just from looking at the ordinary days.

GAZETTE: What do you think is driving this movement?

GReenwood: As to the specific forces that drove [Monday], I don’t know. I’m sure we’re going to be trying to figure that out. One of the things that was very unusual going into Monday was the period of incredibly low volatility. Prices just hadn’t been moving around very much. And when volatility is low, investors tend to borrow more, so they take on leverage. So I think it’s likely that we were in a more fragile market environment than we’ve been in in a long time, and that’s in large part because of investor behavior. One of the big pieces of news today is there are these inverse-volatility funds. These are funds that are betting on volatility continuing to be low. A number of them were completely wiped yesterday [Monday], gone to zero. That never happens.

I would say that prices are incredibly high. They are not approaching the bubble-like territory that we were in in tech stocks in 1999. But, that said, prices are incredibly high. Whether there’s a further correction or not, we don’t know. Some of the behavioral indicators in 1999 you just don’t see today. My forecast for the stock market is not very positive, but I don’t know that I have anything to say about the next few weeks.

“I think of this as perhaps more of a freak event. That said, the freak events tend to happen much more than one would predict in the stock market. “
— Robin Greenwood

GAZETTE: News reports have blamed everything from last Friday’s jobs report and Janet Yellen’s last day as Federal Reserve chair to spiking federal debt, wage gains, rising inflation, and reaction to political uncertainty. Are any of these factors?

GReenwood: I would say the fact you hear so many stories suggests that there was no news driving this. If there was news driving something, at best it was the beginning of some type of investor-driving mini-crash rather than the news itself driving a correction in prices. Markets don’t send messages. Markets are voting machines with lots of different people in them.

GAZETTE: Reactions seem somewhat mixed as to whether this drop is just a blip of bad news or something more serious. How do you view it?

GReenwood: A lot of people have lost money, and losing money is never a good thing. The silver lining in this is that investors do need to be reminded once in a while that there is risk in investing in the market. And over the past few years, those reminders have been few and far between. Investing in the market is real risk.

GAZETTE: Why did we have such extraordinary growth from 2009 to now?

GReenwood: Part of it was the recovery from the financial crisis of 2008, and the other aspect is the extremely high profit margins in U.S. corporations. That’s not to say that justifies the prices being high, but it explains prices going up. And probably it seems like a distinction without a difference. What I mean is that the profit margins drove prices high — however, probably higher than they should be.

GAZETTE: So what will you be watching for to see where this is ultimately going?

GReenwood: I guess over the next few days I’m going to be interested in understanding what various investors have done during the correction — who was buying, who was selling, who was wiped out, who was liquidated — because I think that’ll tell us much more about what happened, among investors and classes of investors. For example, these inverse-volatility products, that’s one area. The other type of product that people are talking about are the so-called risk-parity strategies. These are strategies that try to maintain a constant level of risk, and so when the level of risk goes up in the markets, they tend to be sellers. It will be interesting to see whether that was true. So the task is really trying to understand, I guess you would say, the “reaction functions” of different market players in this kind of environment when you have this kind of shock.