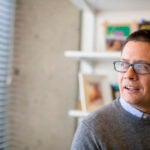 Just as the technological revolution has transformed how people live and do business, it has upended the often hidebound field of intelligence gathering. Where once the focus might have been on the savvy agent clandestinely dashing around the world, like James Bond, now it’s on something far less sexy but no less vital: big data.

“That [Bond] model, if it was ever true, is completely over,” said Sir John Sawers, chief of Britain’s Secret Intelligence Service (SIS), known to fans of spy novels as MI6, from 2009 to 2014. “Now, the most important person in any intelligence service is the data analyst, because it’s the data analyst who will tell you where the threats are coming from and where the opportunities are emerging that you as an intelligence agency can exploit.”

Following a distinguished career in diplomacy (he also was British ambassador to the United Nations and Egypt), Sawers is at Harvard Kennedy School (HKS) this week speaking about national security, intelligence, diplomacy, and public service as a Fisher Family Fellow. During a talk Monday, he encouraged listeners thinking of pursuing a career in government to look beyond the typically modest pay such work affords compared with careers in business or the law.

“One thing which I never had any difficulty with in 36 years of working for government was getting out of bed in the morning, because I always knew that what I was going to be doing was interesting, fulfilling, rewarding, and had value,” he said, sitting alongside HKS faculty members Nicholas Burns, the Roy and Barbara Goodman Family Professor of the Practice of Diplomacy and International Relations, and Ashton Carter, former defense secretary in the Obama administration and now director of the Belfer Center.

Among the greatest security challenges of this century is the shifting global power balance. Britain and the U.S. are no longer the pre-eminent world powers they were in the 19th and 20th centuries, respectively. Like it or not, China is ascendant, and figuring out how power will be shared between China and the U.S., the speakers indicated, is a critical “known unknown.”

In one key area of national security, technological innovation, the Western model of free enterprise and commercializing discoveries has been very successful and widely emulated. But the Chinese autocratic model of keeping information in-house has begun to make significant inroads and could become a powerful advantage for them, particularly since China is no longer simply following Western innovations.

Western nations are grappling with how to reconcile managing ever-more-sophisticated technological threats to national security with protecting civil liberties and privacy. Solving this quandary will be important — not least of all since China and Russia, among other authoritarian nations, have no such dilemma, a reality that eventually may offer them a competitive advantage.

Noting the dramatic turnabouts both the U.S. and Britain have experienced to their senses of identity and purpose, Burns, faculty director of the Future of Diplomacy Project, asked what changed, and where the famously close-knit nations should go from here.

Sawers expects the close and trusting relationship to endure, given its roots in a century of wartime alliances, and possibly even grow tighter as Britain withdraws from the European Union. Though he had opposed the British exit referendum and had expected Hillary Clinton to become president, he said that neither “Brexit” nor the election of President Trump ought to be pinned on voter whims or considered fluke events.

“These are consequences of the societal journey that we in America and Britain have been through over the last 30 or 40 years,” as both nations encouraged and profited from massive economic growth as a result of globalization, but failed to enact policies to ensure fairer and broader distribution of its benefits. He said disparities such as wage stagnation have festered in the U.S. since the early 1970s.

As a foreign policy adviser to Prime Minister Tony Blair in the late 1990s, Sawers said he spent considerable time in meetings with Russian leader Vladimir Putin during his first days in office, and saw a different leader than the authoritarian figure who rules now. Back then, Putin was “a breath of fresh air” who seemingly hoped to modernize and stabilize Russia and who appeared open to advice.

But the Iraq War, the “color revolutions” in countries of the former Soviet Union and the Balkans in the early 2000s, and, more recently, Putin’s treatment by the last U.S. administration soured him on working closely with the West, Sawers believes.

“I don’t think President Obama handled Putin in the best possible way. I think the belittling of Putin and the dismissal of him and the dismissal of Russia brought out the worst in Putin rather than minimizing the worst in Putin. And it was the lack of an honest, open, frank dialogue at all levels between the United States and Russia that in some ways contributed to the scale of the Ukraine crisis … because Putin could not conceive that this was anything other than a Western plot to challenge him in his own backyard,” Sawers said.

Though Putin’s physical and cyber incursions and threats must be challenged, he said, dealing with a unilateral country such as Russia requires a different approach, one that is firm and clear and keeps the lines of communication open.

“I don’t think dialogue is an act of friendship. I don’t think talking to those who disagree with you is a concession to them,” Sawers said. “The essence of diplomacy is dealing with people who fundamentally disagree with you, and that’s why we have to continue talking to the Russians and to the Iranians and others, even though we have differences.”