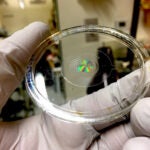 Scientists believe such planets would be heavier than the Earth

A team of astrophysicists and planetary scientists has predicted that Neptune-like planets located near the center of the Milky Way were transformed into rocky planets by outbursts generated by the nearby supermassive black hole.

These findings combine computer simulations with data from recent exoplanet findings, as well as X-ray and ultraviolet observations of stars and black holes.

“It’s pretty wild to think of black holes shaping the evolutionary destiny of a planet, but that very well may be the case in the center of our galaxy,” said Howard Chen of Northwestern University in Illinois, who led the study.

Chen and collaborators from the Harvard-Smithsonian Center for Astrophysics (CfA) examined the environment around the closest supermassive black hole to Earth: the 4 million solar mass black hole known as Sagittarius A*.

It is well known that material falling into the black hole in occasional feeding frenzies will generate bright flares of X-ray and ultraviolet radiation. Indeed, X-ray telescopes such as NASA’s Chandra X-ray Observatory and ESA’s XMM-Newton have seen evidence for bright outbursts generated in the past, ranging from about 6 million years to just over a century ago. 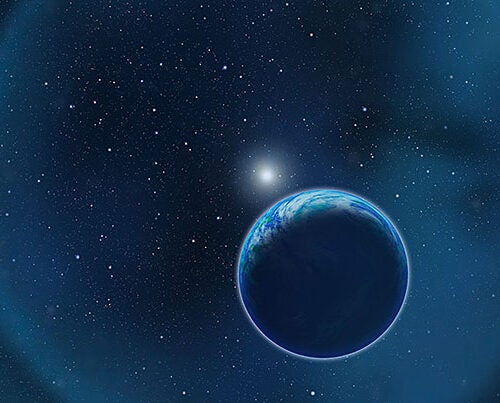 Future evidence for extraterrestrial life might come from dying stars 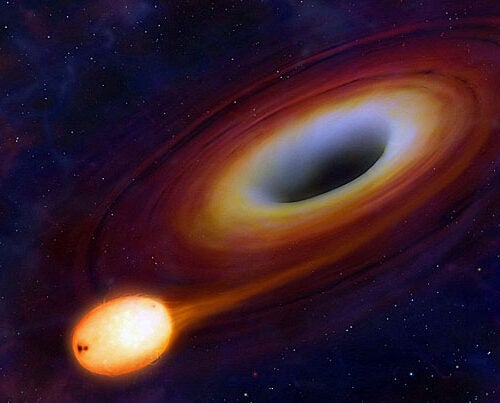 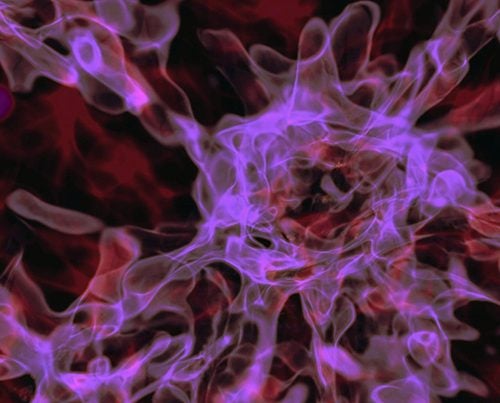 “We wondered what these outbursts from Sagittarius A* would do to any planets in its vicinity,” said John Forbes, a co-author from the CfA. “Our work shows the black hole could dramatically change a planet’s life.”

The authors considered the effects of this high-energy radiation on planets within 70 light-years of the black hole that have masses in between Earth and Neptune’s.

They found that the X-ray and ultraviolet radiation would blast away a large amount of the thick gas atmosphere of such planets near the black hole. In some cases this would leave behind a bare, rocky core. Such rocky planets would be heavier than the Earth and are what astronomers call super-Earths.

“These super-Earths are one of the most common types of planet that astronomers have discovered outside our solar system,” said co-author Avi Loeb, also of CfA, “Our work shows that in the right environment they might form in exotic ways.”

The researchers think that this black hole impact may be one of the most common ways for rocky super-Earths to form close to the center of our galaxy.

While some of these planets will be located in the habitable zone of stars like the sun, the environment in which they exist would make it challenging for life to arise. The super-Earths would be buffeted by supernova explosions and gamma ray bursts, which might damage the chemistry of any atmosphere remaining on the planets. Additional outbursts from the supermassive black hole could provide a knockout punch and completely erode a planet’s atmosphere.

These planets would also be subjected to the gravitational disruptions of a passing star that could fling the planet away from its life-sustaining host. Such encounters might occur frequently near the Milky Way’s supermassive black hole since the region is so packed with stars. How crowded is it in the Galactic Center? Within about 70 light-years of the center of the galaxy, astronomers think the average separation between rocky worlds is between about 75 and 750 billion kilometers. By comparison, the nearest star to the solar system is 40,000 billion kilometers away.

“It is generally accepted that the innermost regions of the Milky Way are not favorable for life. Indeed, even though the deck seems stacked against life in this region, the likelihood of panspermia, where life is transmitted via interplanetary or interstellar contact, would be much more common in such a dense environment.” said Loeb. “This process might give life a fighting chance to arise and survive.”

There are formidable challenges required to directly detect such planets. The distance to the Galactic Center (26,000 light years from Earth), the crowded region, and the blocking of light by intervening dust and gas all make it hard to observe such planets.

However, these challenges may be met by the next generation of extraordinarily large ground-based telescopes. For example, searches for transits with future observatories like the European Extremely Large Telescope might detect evidence for these planets. Another possibility is searching for stars with unusual patterns of elements in their atmosphere that have migrated away from the center of the galaxy.