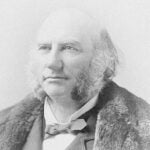 Bubble, bubble — without toil or trouble

Most galaxies, including the Milky Way, have a supermassive black hole at their center weighing millions to billions of suns. But how do those black holes grow so hefty? Some theories suggest they were born large. Others claim they grew larger over time through black hole mergers, or by consuming huge amounts of gas.

New research by astronomers at the University of Utah and the Harvard-Smithsonian Center for Astrophysics (CfA) shows that supermassive black holes can grow big by ripping apart double-star systems and swallowing one of the stars.

“Black holes are very efficient eating machines,” said Scott Kenyon of the CfA. “They can double their mass in less than a billion years. That may seem long by human standards, but over the history of the galaxy it’s pretty fast.”

“I believe this has got to be the dominant method for growing supermassive black holes,” added lead author Benjamin Bromley of the University of Utah.

The study was published in the April 2 online edition of the Astrophysical Journal Letters.

Their work follows up on the 2005 discovery, by a team of CfA astronomers led by Warren Brown, of hypervelocity stars — stars that were flung out of the galactic center by gravitational forces and are traveling fast enough to escape the Milky Way.

Hypervelocity stars originate from a binary star system that wanders too close to the Milky Way’s central black hole. Tidal forces capture one star and eject the other. The star that is captured into orbit around the black hole later becomes fodder for the galactic monster.

“We put the numbers together for observed hypervelocity stars and other evidence, and found that the rate of binary encounters [with our galaxy’s supermassive black hole] would mean most of the mass of the galaxy’s black hole came from binary stars,” Bromley says. “We estimated these interactions for supermassive black holes in other galaxies and found that they too can grow to billions of solar masses in this way.”

As many as half of all stars are in binary pairs, so they are plentiful in the Milky Way and other galaxies.

The new study looked at each step in the process of a supermassive black hole eating binary stars, and calculated what would be required for the process to match observations. Their simulations accurately predicted the rate at which hypervelocity stars are produced (one every 1,000 to 100,000 years). The theory also fit the rate of “tidal disruption events” observed in other galaxies, which happen when stars are shredded and pulled into supermassive black holes.

Their theory shows that the Milky Way’s supermassive black hole has doubled to quadrupled in mass during the past 5 billion to 10 billion years by eating stars.

“When we look at observations of how stars are accumulating in our galactic center, it’s clear that much of the mass of the black hole likely came from binary stars that were torn apart,” said Bromley.