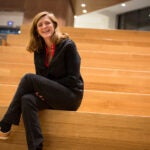 Samantha Power: The world in her rearview mirror

The weakening and sometimes collapse of liberal democracies around the world has long been a focus of research for Steven Levitsky and Daniel Ziblatt, but the Harvard professors of government only recently felt compelled to turn their analysis to this country.

In their new book “How Democracies Die” (Crown), Levitsky and Ziblatt argue that democracy in the United States faces threats that parallel those that led to its diminishment and demise in other nations. While the ascent of President Trump is a particular focus now, the authors argue that the nation’s drift toward authoritarianism, including the breakdown of political norms, predates his rise to power.

The Gazette spoke to Levitsky and Ziblatt about what triggered their concerns about American democracy, what is behind the perceived dangers, and how people alarmed by the shift can best respond.

GAZETTE: What are some examples of countries where democracy has disappeared or markedly declined?
LEVITSKY: Few well-established democracies — fully democratic regimes that are more than, say, 25 years old — have ever collapsed. Most are in Latin America: Uruguay and Chile in the 1970s, Venezuela in the 2000s. Other democracies that have collapsed were younger, Germany and Spain in the 1930s, for example. Recently, Hungary and perhaps Poland are cases of fully democratic regimes that have backslid into some kind of hybrid regime, a  type I call “competitive authoritarian.”  You might add contemporary Turkey to that list, although it wasn’t fully democratic for very long.  Another case to consider is the United States.  The U.S. in the 1860s did suffer a temporary breakdown.

One factor that underlies most of these breakdowns is extreme polarization. That’s what worries us about the contemporary United States.  We are obviously not at the level of polarization of, say, Spain in the 1930s or Chile in the 1970s. But partisan polarization in the U.S. has reached levels not seen in more than a century. According to 2016 exit polls, nearly a quarter of Trump voters viewed him as unfit for office and yet still preferred him to the Democrats.  And according to recent Gallup surveys, Republicans have a more favorable view of Russian leader Vladimir Putin than of Democratic nominee Hillary Clinton. That is a troubling level of polarization.
ZIBLATT: And, bolstering Steve’s point, there is actually pretty solid empirical evidence saying the older a democracy, the higher the likelihood of democratic survival.
GAZETTE: After studying the demise of democracies in other parts of the world, at what point did you conclude it was time to turn your analysis to this country?
ZIBLATT: We began thinking about this during the 2016 campaign. During the course of the campaign, you got to watch candidate Trump threatening violence, threatening to lock up his opponents, criticizing the media so blatantly, things that we’ve seen in other countries in other places in other times, and so it was kind of this recurring dream. We realized this was something we needed to start thinking about from a comparative perspective because the United States was suddenly looking a lot more like other parts of the world than we ever had thought possible.
LEVITSKY: Three things specifically that I think set off warning signals to us: threatening to lock up his rivals, threatening violence on the campaign trail, and calling into question the legitimacy of our elections. Those are things that we never expected to see in the United States but that we both see in democracies that were or have broken down elsewhere in the world.
GAZETTE: In what ways is Trump fitting the pattern of an autocrat?
LEVITSKY: An important distinction has to be made. Trump as a candidate and Trump as a politician clearly possesses many characteristics of an autocrat: the way he treats the media, the way he treats political rivals, the way that he has at times threatened or encouraged or praised violence, the way that he has sought to use the Attorney General’s office or the FBI to persecute rivals. But that is not to say that Trump has been a dictator or an autocrat in office. In fact, over the first year, Trump has been pretty systematically constrained from landing many blows against the democratic system. He’s been blocked.
GAZETTE: You argue that the threat to our democracy actually did not begin with Trump but dates back more than 20 years, with Newt Gingrich’s ascent to House Speaker.
ZIBLATT: It’s a long-term process. Newt Gingrich was the politician who early on recognized the dynamics of polarization that were becoming more and more prevalent in American politics, so in some ways he rode this wave and probably exacerbated it. But it did not begin with Newt Gingrich directly.
GAZETTE: So was the emergence of a Donald Trump inevitable?
LEVITSKY: It certainly was not inevitable. There have been over the last century numerous populist demagogues of the left and the right who gained considerable public support. It was nothing particularly new or even shocking that an important segment of the electorate would back Trump. What was new and shocking was that Trump got all the way through the primary process, and then, once he won the nomination, the Republican Party basically abdicated its democratic responsibility and backed him for the presidency.
GAZETTE: What is propelling the erosion of our political norms?
LEVITSKY: It’s intense partisan polarization. Fifty years ago, our two political parties were in many respects similar. They were both overwhelmingly white and Protestant, evangelical Christians were more or less evenly distributed among the two, African-Americans were marginalized, and the wave of Latin American and Asian immigration hadn’t happened yet. Over the course of the last 50 years, three things have happened. One, the Civil Rights Movement has meant that African-Americans have become full citizens. Secondly, a large-scale process of immigration has made this a much more ethnically diverse place. And thirdly, since Ronald Reagan, evangelicals have moved overwhelmingly into the Republican Party. With the rise of Civil Rights in the 1960s, Southern whites moved overwhelmingly into the Republican Party. So with that realignment, by the 2000s, you had on the one hand a Democratic Party that was a rainbow coalition of urban educated whites and a diversity of ethnic minorities, and on the other hand a Republican Party that was still overwhelmingly white and Christian.

So our parties are no longer just divided over things like taxes and government spending. They’re divided over race, religion, and culture, and those are things that are very, very deeply divisive. And the Republican Party’s white Protestant base isn’t just any social group: It’s a majority in decline. This is the group that used to be the overwhelming majority of the electorate, that used to dominate the social, economic, political hierarchy. With the coming of a more diverse society, that’s inevitably changed. You now have a sector of the Republican Party base that perceives that the America that it grew up with is being taken away from it. And that leads to fairly extremist views. Increasingly you are seeing as a result of that, Republican politicians treating Democrats as enemies, as anti-American. Once you do that, once you begin to abandon what we call norms of mutual toleration, then politicians become tempted to abandon another key norm, which is forbearance — the use of restraint in deploying democratic institutions — and begin to basically play for keeps. It’s that underlying racial and cultural polarization, we think, that is pulling apart our norms.
GAZETTE: Are Republicans more to blame for the erosion of traditional norms?
ZIBLATT: The Republicans, we believe, began this process of what we call constitutional hardball, abandoning existing democratic norms. The first real signs of it were in the Gingrich period in the 1990s. But the Democrats responded. There’s been a kind of tit-for-tat process in which norm erosion has spiraled.
GAZETTE: If one party is egregiously misbehaving, is it reasonable to expect the opposing party to do otherwise?
ZIBLATT: We do think it’s really critical to mount a muscular opposition but to try to remain committed to the norms underpinning our political system. So if at all possible and the institutional channels remain open, Democrats should use them. That means using the courts, using Congress, winning elections. Now, that said, if faced with increasingly dire circumstances, hardball tactics may become necessary. But if they are, and this is a critical point, they have to be done in the context of broad consensus.
GAZETTE: So was Sen. Dianne Feinstein wrong to unilaterally release the testimony from the firm that produced the dossier on the Russian effort to help the Trump campaign?
LEVITSKY: That’s a great example of the dilemma that Democrats face. They have to decide in the face of every move whether to respond in a different manner or not. There’s no single cookie-cutter answer to this. Both choices — either continuing to adhere to the norms and risk playing the sucker, on the one hand, or following in a tit-for-tat matter at the cost of accelerating or reinforcing norm erosion — come with costs. There’s no easy way out. Spiraling norm erosion puts us in a very difficult set of dilemmas.
GAZETTE: Your book cites other periods in American history when democracy faced serious challenges but survived. How sanguine are you that will be the outcome this time?
ZIBLATT: The 1850s, leading up to the U.S. Civil War, was a moment of even more extreme crisis where polarization reached an incredible level. And so there are moments in American history that we can look to and think about how we ended up in those situations. But the combination of norm erosion and the election of a president without any clear commitment to democratic norms, that is such a frightening combination.
LEVITSKY: But that said, we still believe that our democratic institutions stand a good chance of muddling through. There is a challenge that’s pretty unprecedented in recent decades, but we’re not ready to write off American democracy.
GAZETTE: So what are some practical steps the two parties and average voters can take to protect the democratic process?
ZIBLATT: The Republicans need to separate themselves from Trump. We think this increasingly looks less and less likely, but the Republican Party has reached such a point. It needs to re-found itself as a much more democratic party, a more diverse political party. After World War II, in Europe there was a re-founding of the German Christian Democratic Party, of German conservatism, in a much more pro-democratic fashion. But there had to be war and national disaster prompting that. So can the Republican Party re-found itself and revitalize itself absent a crisis? That’s what we have to hope for.

Democrats also have an important role to play. Democratic citizens and politicians need to align with business leaders, religious leaders, people they may disagree with on other issues but who are all firmly committed to defend democratic institutions. And since one of the driving forces of polarization in American politics is economic inequality, Democrats need to remain committed to trying to lower that.
LEVITSKY: In the short term, there’s a very simple thing to do, which is to vote. The electoral channel continues to be open to citizens. We have the potential for divided government, and Democratic control over one or more houses would be a firm step toward checking President Trump.

This interview had been edited and condensed for clarity and length.

A discussion with Ziblattt and Levitsky, hosted by the Harvard Book Store, will take place on Wednesday, Jan. 31, at 7 p.m. at the Cambridge Public Library, 449 Broadway. The public is invited.