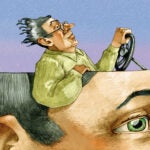 Driven by ego? This book’s for you

Nima Saeidi, an assistant professor of surgery at Harvard Medical School and Massachusetts General Hospital and a member of the Center for Engineering in Medicine, had started down one career path when a lecture on Roux-en-Y gastric bypass surgery redirected him.

The MGH lecture outlined not just the procedure’s striking effectiveness for weight loss — averaging 40 percent — but also its promise against diabetes, high blood pressure, cholesterol, and fatty-food cravings. Saeidi, an assistant in bioengineering at MGH, halted his work in tissue engineering and began to study gastric bypass.

“To me, it’s really a mystery,” said Saeidi, “and it seems to be like a miracle.”

The idea of a compound that mimics the positives of Roux-en-Y is particularly enticing amid twin national epidemics of obesity and diabetes. A therapy that conferred the surgery’s benefits while avoiding its less healthy side effects — brittle bones, vitamin deficiency, anemia, and increased rates of alcoholism — would likely add significantly to the 45,000 morbidly obese patients the procedure helps annually.

The problem is scientists still don’t know how it works.

In Roux-en-Y, physicians make a small pouch out of the upper portion of the stomach and then cut and reattach the small intestine to the pouch, bypassing the entire lower stomach and the first few feet of the small intestine. This transformation of the stomach into a pouch makes patients feel full quickly, while food’s rapid passage into the intestine alters digestion and absorption of calories — as well as of minerals and vitamins, the cause of some of the surgery’s negative side effects.

The surgery was developed decades ago as a treatment for stomach ulcers, and was first used as a correction for morbid obesity by University of Iowa physicians in 1967. Follow-up research uncovered dramatic benefits independent of weight loss.

For example, though Type 2 diabetes risk is tied to obesity, post-Roux-en-Y resolution of the disease — more than 80 percent of patients are cured — is not solely a weight-loss phenomenon.

“We see effects happening within two to three days,” Saeidi said. “Patients get surgery and they’re completely diabetic, they need insulin or metformin medication. And many of them leave the hospital without any medication. It is just puzzling how this is happening and what is causing it.”

There were 64 Roux-en-Y procedures at MGH last year. The surgery has been shown to affect insulin sensitivity and production of the hunger hormones ghrelin and leptin. It also alters the composition of a patient’s microbiome, the intestinal bacteria that scientists are beginning to understand play a major role in health. 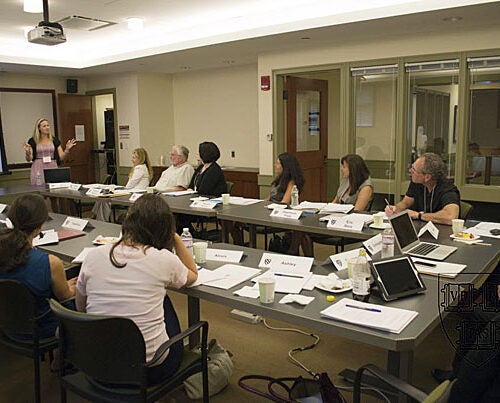 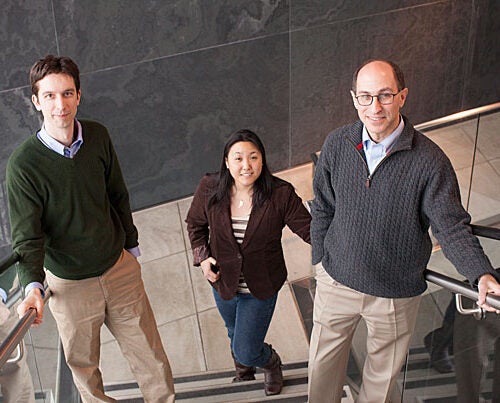 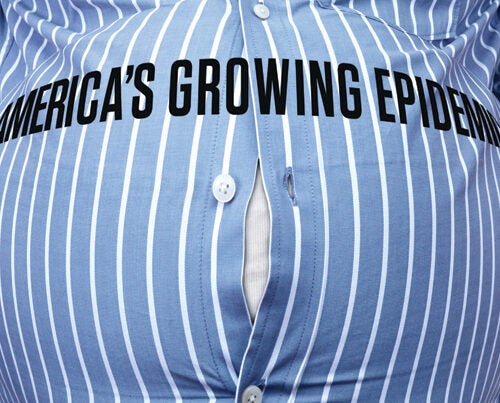 Harvard researchers are targeting obesity and its cousin, diabetes

Initially, Saeidi said, researchers searched for a single enzyme or hormone responsible for the changes. But consensus has gradually turned away from a “silver bullet” for what appears to be a fundamental shift in metabolism.

“The previous work was on single tissue, but it became very apparent it’s not just a story about one single organ or one single tissue,” Saeidi said. “It is the crosstalk and interaction between different organs that really drives the systemic effects.”

That crosstalk is likely to involve a network of cascading changes in fat, muscle, the liver, and intestines. To better probe that complexity, Saeidi and colleagues have turned to new rodent models, spectroscopic instruments, and novel informatics techniques that shift inquiry from a traditional hypothesis-based, step-by-step exploration to one that seeks to reverse-engineer the problem, by searching broadly for postoperative chemical changes in the body and then working to understand them.

“This is an agnostic, hypothesis-generation tool,” said Gautham Sridharan, a recent fellow in Saeidi’s lab and first author of a paper on their work published in the journal Technology. “Post RYGB, we see all these changes … in metabolism. It gives us some clue that maybe we should further investigate that pathway.”

In a Roux-en-Y rodent model, Saeidi’s team identified more than 1,300 liver proteins and searched for changes in their concentration 30 days later. Eighty-two had changed and two of them, Thrsp and Acot13, appeared to be potential drug targets. Though that may seem a promising start, Sridharan noted that the study examined only one organ and at just one point in what appears to be a dynamic post-surgery process involving several organs.

Future research, Saeidi said, will examine compounds whose altered concentrations in one organ move through the blood to where they can affect others.