What’s next for the Mormon Church? 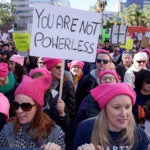 The president of the Church of Jesus Christ of Latter-day Saints (LDS), Thomas S. Monson, who led the church for nearly 10 years, died on Jan. 2.

During his tenure, Monson enabled a rise in the ranks of female Mormon missionaries and displayed an openness to scholars of Mormonism, allowing them remarkable access to church records. However, he was also charged with contradiction by observers both inside and outside the church. Monson rebuffed demands to ordain women as priests and refused to alter church opposition to same-sex marriage.

To better understand Monson’s legacy, and what’s next for the church, Harvard Divinity School (HDS) spoke with John A. Bartlett Professor of New England Church History David Holland, a scholar of the faith and a practicing Mormon.

HDS: What does Monson’s passing mean for the church?

Holland: Thomas Monson was called into the Quorum of the Twelve Apostles in 1963, at an age considerably younger than that at which most LDS apostles are appointed. He has thus been a prominent fixture in LDS Church leadership for as long as the vast majority of Mormons can remember. To put this into context, the next longest-serving apostle joined the quorum over two decades later. President Monson’s absence will be conspicuous and deeply felt. It marks the end of an era in many respects. The passing of a prophet is typically a tender and reflective time for Latter-day Saints, and this is certainly no exception.

HDS: How would you characterize Monson’s ministerial approach?

Holland: Over the years, Latter-day Saints had become very familiar with President Monson’s pastoral style, which placed profound emphasis on practical, interpersonal compassion as the hallmark of the faith. His sermons typically centered around simple acts of neighborliness and attention to “the widow and the fatherless.” He rarely delved into complicated questions of theology, exegesis, or history. However, his encouragements to service rested heavily on the Mormon doctrine of personal revelation: He relentlessly called upon all Latter-day Saints to seek inspiration in knowing to whom and how God wanted each individual to minister at any given moment. The accounts of his own inspired interventions in people’s lives have become legendary in Mormon culture.

HDS: What were the most pressing issues faced by the church during his leadership tenure?

Holland: Among the issues that most marked his presidency was the matter of marriage rights. LDS theology is particularly intertwined with gender binaries and procreative sexuality — these things lie at the heart of Mormon understandings of divinity — making the church’s navigation of the last decade’s rapid cultural and legal shifts especially challenging and painful. Personally averse to controversy, President Monson did not assume a prominent public role in the debate, but he presided over a period in which the church tacked back and forth between new overtures of openness (e.g., strong support of Utah’s nondiscrimination legislation and the launch of a conciliatory church website now titled “Mormon and Gay”) and policies seen as retrograde by many critics (e.g., support for California’s Proposition 8 and the institution of an ecclesiastical bylaw ostensibly prohibiting the baptism of children of same-sex couples before the age of 18). Charged with contradiction by observers inside and outside the church, the tensions among these moves reflect an era in which the church very actively sought ways to retain its commitments to both human compassion and the cosmological significance of complementary female-male unions. Thomas Monson, equal parts personal generosity and cultural conservatism, embodied the contrapuntal notes of Mormonism during his presidency.

Paradoxes, for similar reasons, characterized his administration’s approach to the place of women in the church. By lowering the age of service for female missionaries he fundamentally transformed the gendered dynamics of Mormon missionary work and he took steps to equalize the cultural prominence of men’s and women’s respective general conference meetings, but he also presided over an era when the church sought to mute the influence of the Ordain Women movement. Perhaps more than any LDS president before him, President Monson’s administration will be remembered for its signal and often simultaneous moves in both reformist and traditionalist directions.

HDS: What is the process now? How quickly is the next president seated? How is that person chosen?

Holland: Without exception, the successor to the office of president is the senior apostle — that is, the person who has been in the Quorum of the Twelve Apostles the longest. Today, that is Russell M. Nelson, a man who spent his professional life as a cardiothoracic surgeon before his call to the apostleship in 1984. The Mormon system of presidential succession generates decidedly less drama or speculation than there might be in other institutions. The new presidency — a president and two hand-selected counselors — will likely be organized shortly after President Monson’s funeral, which is scheduled for next Friday.

HDS: What are the pressing issues facing the next president of the church?

Holland: President Nelson will inherit many of the same dilemmas President Monson dealt with; questions of gender and sexuality certainly aren’t going away. The most obvious and immediate matter facing the new president will be the calling of two new apostles to fill the vacancies created by the deaths of President Monson and another apostle who passed away in October. The identities of those new quorum members could reflect the church’s rapidly changing demographics. A majority of Latter-day Saints now reside outside the United States, and church growth has been especially robust in Mexico as well as Central and South America and sub-Saharan Africa. Notwithstanding this global southward shift of the church’s demographic center, the very top of the church’s ecclesiastical hierarchy has remained dominated by Americans of European descent. In the calling of new apostles, the new president could both signal and shape these transformative demographic developments.

HDS: What will be Mormons’ lasting memory of Thomas Monson?

Holland: The combination of his appointment at an early age, and his constant encouragement to the selfless service of those around us, has left a deep cultural impression on the church. Mormons watched him devote his life for 60 years to the service of the Saints. He often told a well-worn story of Mormon pioneers responding to each other’s calls of distress on the winter-battered plains, running to the rescue of those in need. The phrase “to the rescue” became something of a Monson mantra, a call to remain constantly aware of the hurt and struggle that goes on around us. If you asked most Latter-day Saints what they will remember about President Monson, more often than not you will hear some version of the same response: He asked everyone to live close enough to the spirit of God and close enough to their neighbors that we can hear and respond to the cry of distress when it is raised, even when it issues from the silence of a suffering heart.

President Monson’s administration also signaled an era of increasing scholarly openness in the church. In a landmark series of essays, published on the church website beginning in 2013, scholars tackled a series of subjects that have historically provoked silent defensiveness by the institutional church, including the highly sensitive matters of polygamy and racism. The open discourse generated by these essays — pursued in chapels and homes across Mormonism — has changed the ways rank-and-file Latter-day Saints converse with one another about our own culture and history. The results of these developments have been, from my perspective, uniformly positive.

As a Mormon who shares his view of the centrality of our call to minister to the pain we find around us, and as a scholar who values an uninhibited engagement with even the darkest corners of our history, I will long value the legacies of service and honesty that he cultivated during his decades of leadership.