Hasty Pudding names Paul Rudd its 2018 Man of the Year 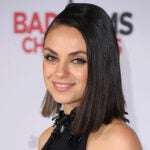 The Hasty Pudding Theatricals, the oldest theatrical organization in the United States, has named actor and screenwriter Paul Rudd its Man of the Year.

Rudd, who co-starred with 2018 Woman of the Year Mila Kunis in “Forgetting Sarah Marshall,” has starred in independent and mainstream films, many of them acclaimed comedies. He is currently playing one of Marvel’s biggest (and smallest) superheroes, Ant-Man.

“We are incredibly excited to be honoring Mr. Rudd as our Man of the Year. The entire company is in awe of his many accomplishments in film and television. Specifically, in his ability to have not aged since 1995. We cannot wait for him to reveal the fountain of youth to us,” said Pudding president Amira Weeks. “Oh, and we hear he’s a pretty funny guy, too.”

Rudd’s first high-profile role was in the 1995 comedy “Clueless.” He has since played in “Captain America: Civil War”; both “Anchorman” movies; “The 40-Year-Old Virgin”; “I Love You, Man”; “Knocked Up”; “Role Models”; and “Ant-Man” and its upcoming sequel “Ant-Man and the Wasp,” both of which he co-wrote.

He will next star with Alexander Skarsgård and Justin Theroux in Duncan Jones’ “Mute,” which will be released in theaters and on Netflix on Feb. 23, and as the title character in Ben Lewin’s WWII thriller, “The Catcher Was a Spy,” which premieres at the 2018 Sundance Film Festival. 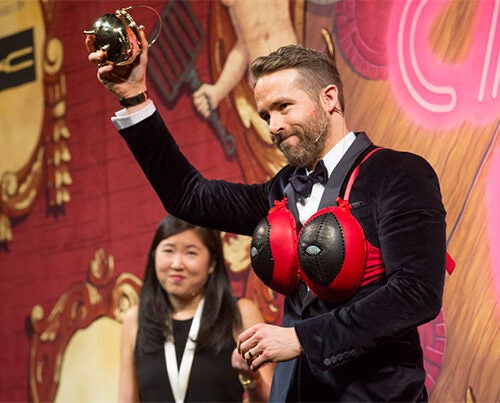 A pudding pot for Ryan Reynolds

Hasty troupe welcomes ‘Deadpool’ actor as its Man of the Year

Established in 1963, the Hasty Pudding Theatricals’ Man of the Year award is presented each year to performers who have made lasting and impressive contributions in entertainment. Past recipients have included Robert Downey Jr., Tom Hanks, Chris Pratt, Robert De Niro, Harrison Ford, Justin Timberlake, and most recently Ryan Reynolds.

Rudd will receive his traditional Pudding Pot at a celebratory roast at Farkas Hall on Feb. 2. A press conference that will be live streamed will follow the roast at 8:40 p.m. Afterward, Rudd will attend the premiere of the Pudding’s 170th production, “Intermission Impossible.”

For tickets to “Intermission Impossible,” call 617-495-5205 or order online at www.hastypudding.org/buy-tickets. The show plays Feb. 2‒March 4 at Farkas Hall, 12 Holyoke St., then travels to New York to perform at The Kaye Playhouse at Hunter College March 9‒10, followed by performances on March 14‒16 at Hamilton City Hall in Bermuda.

To live stream the Hasty Pudding Theatricals’ Man of Year press conference, tune in at 4:30 p.m. to www.facebook.com/thehastypudding.