As climate changes, so will wine grapes 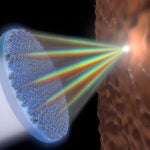 To adapt to warmer temperatures, vintners may have to plant lesser-known varieties

If you want to buy good wine, Elizabeth Wolkovich says, you’re going to want to stop looking at labels and just listen to your taste buds.

An assistant professor of organismic and evolutionary biology, Wolkovich is a co-author of a new study that suggests that, although vineyards may be able to counteract some of the effects of climate change by planting lesser-known grape varieties, scientists and vintners need to better understand the wide diversity of grapes and their adaptions to different climates. The study is described in a Jan. 2 paper in Nature Climate Change.

“It’s going to be very hard, given the amount of warming we’ve already committed to … for many regions to continue growing the exact varieties they’ve grown in the past,” Wolkovich said. “But what we’re interested in talking about is how much more diversity of grape varieties do we have, and could we potentially be using that diversity to adapt to climate change?

“The Old World has a huge diversity of wine grapes — there are more than planted 1,000 varieties — and some of them are better adapted to hotter climates and have higher drought tolerance than the 12 varieties now making up over 80 percent of the wine market in many countries,” she said. “We should be studying and exploring these varieties to prepare for climate change.”

Unfortunately, Wolkovich said, convincing wine producers to try different grape varieties is difficult, and the reason often comes down to the current concept of terroir. Terroir is the notion that a wine’s flavor is a reflection of which, where, and how grapes were grown. Thus, as currently understood, only certain traditional or existing varieties are part of each terroir, leaving little room for change. 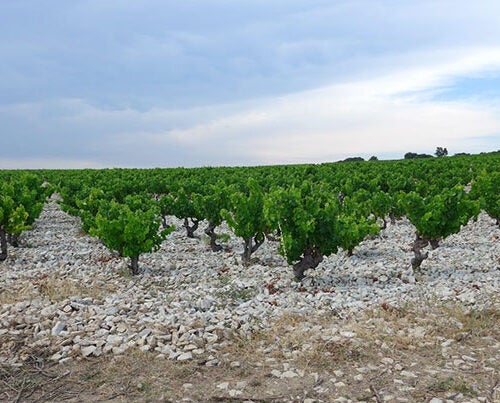 As climate change rolls out, French grape growers get a boost, but it may prove illusory, study says

“There’s a real issue in the premier wine-growing regions that historical terroir is what makes great wine, and if you acknowledge in any way that you have climate change, you acknowledge that your terroir is changing,” Wolkovich said. “So in many of those regions, there is not much of an appetite to talk about changing varieties.”

But even if that appetite existed, Wolkovich said, researchers don’t yet have enough data to say whether other varieties would be able to adapt to climate change.

“Part of what this paper sets up is the question of how much more do we need to know if we want to understand whether there is enough diversity in this crop to adapt wine regions to climate change in place,” said Ignacio Morales-Castilla, a co-author of the study and a fellow at the Arnold Arboretum of Harvard University who investigates which grape varieties will adequately mature in what place under climate change. “Right now we know we have this diversity, but we have little information on how to use it. One of our other suggestions is for growers to start setting aside parts of vineyards to grow some other varieties to see which ones are working.”

But even if researchers came to the table armed with information about grape diversity, Wolkovich said the industry — both in the traditional wine centers of Europe and around the world — still faces hurdles when it comes to adapting.

In Europe, she said, growers have the advantage of tremendous diversity. They have a wide variety of grapes to choose from, research repositories such as INRA’s Domaine de Vassal that study this diversity, and expertise in how to grow the varieties. Yet strict labeling laws have created restrictions on their ability to take advantage of this diversity.

For example, just three varieties of grapes can be labeled Champagne, or four Burgundy. Similar restrictions have been enacted in many European regions, forcing growers to focus on a handful of varieties.

“The more you are locked into what you have to grow, the less room you have to adapt to climate change,” Wolkovich said. “So there’s this big pool of knowledge, and massive diversity. Growers have maintained an amazing amount of genetic and climactic response diversity … but if they changed those laws in any way in relation to climate change, that’s acknowledging that the terroir of the region is changing, and many growers don’t want to do that.”

New World winegrowers, meanwhile, must grapple with the opposite problem: While there are few, if any, restrictions on which varieties may be grown in a given region, growers have little experience with the diverse — and potentially more adaptable — varieties found in Europe.

“They have all the freedom in the world to import new varieties and think about how to make great wines from a grape variety you’ve never heard of, but they’re not doing it because the consumer hasn’t heard of it,” Wolkovich said.

“In Europe, people do blend wines … but in the New World, we’ve gotten really focused on specific varieties: ‘I want a bottle of Pinot Noir,’ or ‘I want a bottle of Cabernet.’ We’ve been taught to recognize the varieties we think we like. People buy Pinot even though it can taste totally different depending on where it’s grown. It might taste absolutely awful from certain regions, but if you think you like Pinot, you’re only buying that.”

“With continued climate change, certain varieties in certain regions will start to fail. That’s my expectation,” she said. “The solution we’re offering is: How do you start thinking of varietal diversity? Maybe the grapes grown widely today were the ones that are easiest to grow and tasted the best in historical climates, but I think we’re missing a lot of great grapes better suited for the future.”