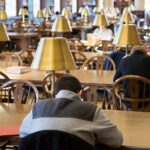 “Sexual harassment and sexual assault degrade human dignity, and they have no place at Harvard,” said Harvard President Drew Faust in a letter to the community, also released today. “We are committed to ensuring that every member of our community can thrive, and we are endeavoring to create the kind of environment in which incidents are prevented entirely or surfaced and addressed appropriately and effectively.

“We must continue to work together to bring the same values of openness and rigor that distinguish our academic and professional pursuits to this critical issue.”

Providing educational programs in partnership with groups from across the University is a key part of Harvard’s efforts to prevent sexual and gender-based harassment. In the 2016–2017 academic year, ODR and the Title IX Offices provided more than 100 audience-tailored, in-person training sessions to community members and customized online training to more than 10,000 students and employees. Harvard’s network of Title IX coordinators provided an additional 100 specialized educational programs to their community members.

The Title IX office also has increasingly encouraged using both online and in-person approaches to education and outreach, modifying in-person workshops to complement the materials covered in online training. Along with the Office for Sexual Assault Prevention & Response (OSAPR), they worked to develop in-person workshops that were interactive and scenario-based, in which participants could meet and engage with their local Title IX coordinators, staff from the University Title IX Office, and staff from OSAPR.

“Continuing to actively build strong relationships with the Harvard community through the group efforts of the Title IX Office, OSAPR, the BGLTQ community, and the Schools and units has been essential in our drive to expand the educational programming offered by the Title IX office and ODR,” said University Deputy Provost Peggy Newell, who oversees both offices. “It is our hope that these combined efforts will raise awareness of the resources available to the community, while helping to educate our community members about Title IX policies and procedures.”

Presenting the Harvard community with opportunities to learn which behaviors fall under Title IX policies has had an impact. The University has seen a steady increase in the number of disclosures made to Title IX coordinators and of formal complaints filed with ODR since the educational push began, said Title IX officer Nicole Merhill.

“Most often, individuals who disclosed an incident chose to engage with their Title IX coordinators to seek interim measures, individualized supports designed to address potential sexual or gender-based harassment, and prevent those issues from recurring,” she said. “These measures are monitored by the Title IX coordinators to make adjustments, as appropriate. Our overarching goal is to ensure that all of our community members have equal access to University programs and activities regardless of their sex, including sexual orientation and gender identity.”

When a formal investigation is requested, ODR’s team of investigators steps in. Since the office’s inception in 2014, 44 cases have gone to full investigation, with 43 percent of those cases finding policy violations, and 43 percent finding no violations. The remaining cases were either closed through informal resolution or had findings of behaviors that supported sanctions under local School rules. In all of their investigations, ODR worked jointly with trained local School or unit investigative designees or regularly communicated with local liaisons.

“Together with the involved School or unit, we create tailored, recommended measures to identify concrete action steps to remedy the underlying problem and prevent its recurrence,” said ODR director Bill McCants. “This holistic approach works to improve outcomes both for individuals and the broader community.”

The report is the two offices’ first since their official separation last April in response to community feedback. The Title IX office remains responsible for educational programming, training, and support programs for victims of sexual and gender-based harassment, while the ODR oversees investigations.

“We are keenly aware that we have been entrusted with investigating one of the most sensitive areas of human interaction promptly and fairly for the Harvard community while protecting the privacy of those who interact with our office,” said McCants. “We continue to be so grateful for the efforts of our many partners to assist us in this important task.”