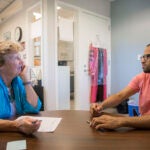 Harvard President Drew Faust announced during a faculty meeting on Tuesday that the Harvard Corporation has voted to keep in place the policy on unrecognized single-gender social organizations (USGSOs) that was first adopted in May 2016.

Reading from a letter that she wrote along with Harvard Corporation Senior Fellow William Lee, Faust said the decision will allow incoming students in the Class of 2021 to make “fully informed decisions about whether to participate in a USGSO.”

“While we should respect tradition, it is incumbent on us to organize the institution for the benefit of our current students and those who will follow. This requires us to create a community where students have the fair opportunity to engage in curricular and extracurricular activities regardless of their gender, socioeconomic status, or other attributes unrelated to merit.”

In their letter, Faust and Lee outlined the three driving principles behind the Corporation’s decision: the need to act, the desire to give students both “choice and agency in bringing about changes to the campus culture,” and the desire to refrain from becoming a “Greek school” with social organizations that exist beyond the College’s supervision.

The reaffirmed policy prohibits undergraduates in the Class of 2021 and thereafter who choose to join USGSOs, which include final clubs, sororities, and fraternities, from holding leadership positions in student organizations and athletic teams and from receiving the College dean’s endorsement for prestigious postgraduate fellowships.

The reaffirmed policy, Faust and Lee said, “does not discipline or punish the students; it instead recognizes that students who serve as leaders of our community should exemplify the characteristics of nondiscrimination and inclusivity that are so important to our campus. Ultimately, students have the freedom to decide which is more important to them: membership in a gender-discriminatory organization or access to those privileges and resources. The process of making those types of judgments, the struggle of defining oneself, one’s identity, and one’s responsibilities to a broader community is a valuable part of the personal growth and self-exploration we seek for our undergraduates. The USGSOs, in turn, have the choice to become gender-neutral and thus permit their members full access to all institutional privileges.”

Many members of the Harvard community have long expressed concern that the USGSOs promote exclusion along gender, class, and racial lines and undermine the University’s commitment to diversity and inclusion. Last year, Danoff Dean of Harvard College Rakesh Khurana submitted initial recommendations regarding USGSOs to Faust, which she accepted.

In the year and a half that followed, Khurana convened a USGSO’s implementation committee of faculty, students, and staff. The committee issued its final report last March. That same month, Edgerley Family Dean of the Faculty of Arts and Sciences Michael D. Smith established a faculty committee to gather and evaluate suggestions related to the announced policy. In its final report this September, the faculty committee suggested three potential paths, ranging from a complete ban of USGSOs to maintaining the current policy.

The 2016 policy also grew out of information compiled from a 2015 sexual assault survey led by the American Association of Universities that included 27 American college and universities, among them Harvard. Most recently, surveys of students conducted by the Undergraduate Council said that Harvard’s unrecognized single-gender social organizations undermine Harvard’s goal of creating a diverse and inclusive community of learners, educators, and administrators.

“The negative externalities of Harvard’s divisive social life cannot be ignored,” said Faust during the faculty meeting, quoting from the recent survey’s findings. “The stratification that many of these groups insert into our community is striking, and their impact widely felt.”

Harvard’s Office of Student Life (OSL) is overseeing implementation of the policy.

“The OSL will continue to work with the USGSOs that wish to align themselves with the College’s policies,” wrote Khurana in a message to Harvard College students. “As we move forward, I recognize that there will be many questions about the new policy. Some questions will have clear answers, while others will not, yet we will work to answer these questions together over the coming months.”

For the past two years, Faust, Khurana, and officials across the University have been working to help further support the student experience on campus with funding from the President’s Office and the Dean’s Discretionary Fund. Projects include the Collaboration and Innovation Grant, which provides up to $3,000 to support student-run events that foster engaging community among students and campus student organizations. Increased funding has supported the Intramural Council for its activities, the House Committees to help them host campus-wide events in the Houses, and the Undergraduate Council to support events and collaborations with student organizations. Other supported events and programming include student-initiated activities to enhance social life in the Houses, such as dances, jam sessions, coffee houses, and study sessions. In addition, further funds are available for the Houses for “integrated and transformative” College experiences. One recent popular event was Quadfest, a party on Harvard’s quad with food trucks, a barbecue dinner provided by Harvard University Dining Services, and live music.

“The president has committed additional resources to help support the College’s ongoing efforts in this area for the current academic year. We also recognize the concerns expressed by women students about the deficiencies in the campus social environment that have led many to seek membership in sororities,” noted Faust and Lee in their letter. “The College is committed to continuing the necessary work of addressing these issues in ways consistent with our broader educational mission.”

The Corporation has long been engaged in robust discussions about how the University should address the many issues presented by USGSOs, and will continue to be actively involved. In their letter, Faust and Lee said there will likely be more work in the years ahead to fine-tune the policy as the College’s undergraduate experience evolves in response to the Corporation’s decision. The Corporation voted to review the policy after five years and for the resulting report to be presented to the faculty for discussion.

Above all, Faust and Lee said, the Corporation’s decision “speaks to the responsibility of the University to meet the nonacademic needs of its student body and to define the fundamental character of the College itself.”

Many who have watched the process unfold over the past year welcomed the Corporation’s decision.

“As President Faust has said, action was definitely needed,” said Judy Palfrey, T. Berry Brazelton professor of pediatrics and professor of global health and social medicine at Harvard Medical School, and co-faculty dean of Adams House. “This has clearly been a difficult period, and making a decision like this has required wide and deep consideration. Of the options, this one preserves the students’ ability to make a choice which is critical for their growth and autonomy.”

Catharine Zhang ’19, recently elected president of the undergraduate student council, said that she and vice president Nicholas Boucher ’19 are “looking forward to what steps we can take to help the process now that the decision has been announced. We hope to work really closely with the Office of Student Life, the Office of the Dean of the College, and the Committee on Student Life to further promote and support ongoing student initiatives and the implementation of the new policy.”

Juliette Kayyem ’91, Belfer Lecturer in International Security at Harvard Kennedy School, said that “in the 21st century, and at this time in American history, the University more than ever needs to reflect and nurture the ideals of inclusion and community. This policy does just that.”

“As a member of the faculty committee that spent months earlier this year studying and discussing these issues, I came to the same conclusion as most members of the committee: Membership in exclusionary social organizations should be banned outright,” said James T. Kloppenberg, Harvard’s Charles Warren Professor of American History. “But I see the wisdom of the Corporation’s more-moderate position, which gives the USGSOs the chance to reform themselves consistent with the principle of nondiscrimination. If they choose not to do so, I predict that the faculty will follow the lead of many of the nation’s finest liberal arts colleges, including Amherst, Bowdoin, Colby, Middlebury, and Williams, and vote overwhelmingly to make membership in exclusionary social organizations grounds for expulsion from Harvard College. I hope it won’t come to that. It’s now up to the members of the USGSOs to make sure that it does not.

“I was quite moved by President Faust’s statement on behalf of the Corporation and believe she deserves a great deal of credit for shaping a better Harvard,” said Kay Shelemay, G. Gordon Watts Professor of Music and Professor of African and African-American studies.