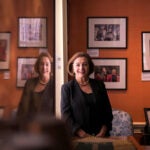 As the holidays neared, they lifted their voices. The 108th Annual Christmas Carol Services in the sanctuary of the Memorial Church not only celebrated the season in song, but also reflected in music the challenging times facing the nation and the world.

The Harvard University Choir performed two services this month to standing-room-only audiences, raising more than $10,000 for a local nonprofit organization. The program included a blend of holiday classics with more contemporary works from a distinguished roster of American and international composers.

To set the tone, services opened with a piece by John Jacob Niles (1892–1980) called “I Wonder as I Wander,” arranged by Steve Pilkington (b. 1952). The program also featured “Hunger Carol,” one of two carols commissioned for the 108th service from Mark Miller (b. 1967), a lecturer in sacred music at Yale University, with text by New Zealand poet Shirley Murray.

“Mark has written a powerful setting of Murray’s very thought-provoking text,” said Edward Elwyn Jones, the Gund University Organist and Choirmaster in the Memorial Church. “It’s something about the zeitgeist of the moment, that while we do have a lot of usual jolly Christmas carols, there is something about the more poignant selections that I think have a great resonance this year.”

This year’s carol services marked a return to the sanctuary of the Memorial Church. Last year’s services took place in St. Paul Church, while Harvard’s historic church was under renovation.

“What a joy it is to be back home and ushering in the Christmas season with carols,” said the Rev. Alanna C. Sullivan, associate minister in the Memorial Church. 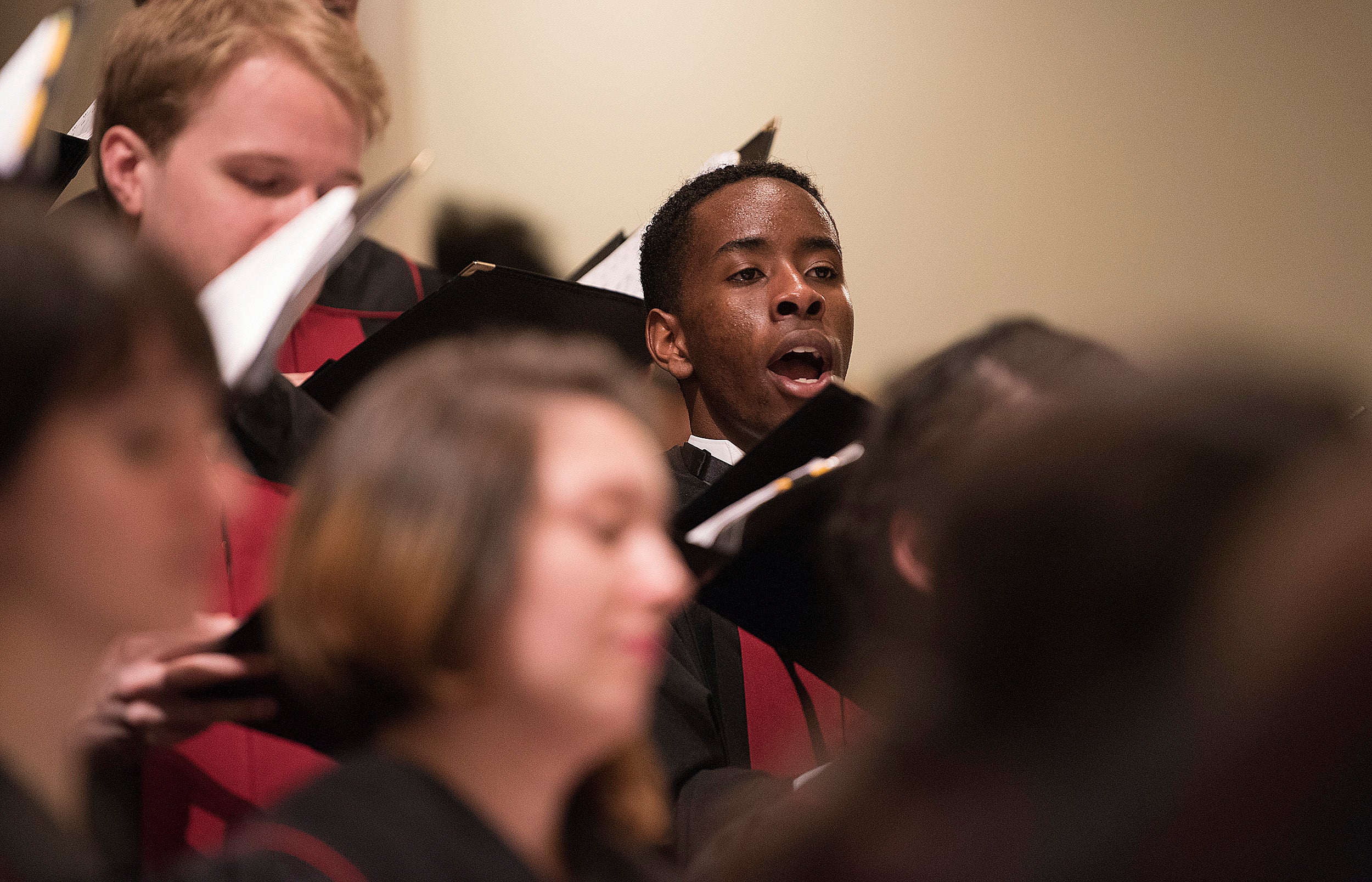 The carol service tradition dates back to 1910, when it was established by University organist and choirmaster Archibald T. Davison and Edward C. Moore, the Plummer Professor of Christian Morals. The liturgy has remained nearly unchanged from the original service, and each year begins with “Adeste Fideles” sung in Latin by the Harvard University Choir.

The singing of “Silent Night” by the congregation is also a long-standing tradition. The song is sung in both German and English in remembrance of Christmas Day, 1914, when soldiers on both sides of the trenches in World War I laid down their weapons and met on the battlefield to sing the well-known carol. The Memorial Church was dedicated 18 years later in honor of Harvard’s servicemen and -women who fell during the Great War.

Jones said carols tap into the warm nostalgia of holidays past.

“We have a lot of associations with our childhood and these very familiar carols,” he said. “But within that structure is a lot of freedom of expression in the carols themselves. So, I try to program a diverse selection both in terms of time periods, in terms of countries, and I think there is something very rooting and affirming in that.”

For the 40 members of the University Choir the annual carol service is the highlight of the fall term. The music is challenging, and the hours of rehearsals come at a time when students are preparing final term papers and projects.

Cara Jacobson ’18, a choral fellow and choir secretary, said the service is a highly rewarding experience.

“To me, the carol service is one of Harvard’s most wonderful traditions. It brings our community together for a joyful celebration with beautiful music,” she said. “We have been rehearsing for many months and are extremely excited to share this holiday experience with the Harvard community.”

Each year, members of the choir take up a collection at the end of the services to benefit a local charity. This year’s collections raised $10,328.53 for the Boston Area Rape Crisis Center.