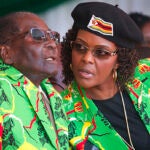 At Harvard, deep concern over a plan before Congress to tax grad student tuition support

Nobody enters a Ph.D. program to earn money. Students have long known that preparing for a career in research or academia often means trading financial reward today for the chance to tackle some of the world’s most pressing problems tomorrow.

Legislation now making its way through the U.S. Congress could make the financial barrier to attending graduate school much higher. A bill passed by the House of Representatives on Nov. 16 includes a set of tax hikes that would help pay for a much broader cut and make the net cost $1.5 trillion. The legislation could undercut finances for students across the nation, particularly those pursuing advanced degrees.

The plan proposes to tax those pursuing masters’ and doctoral degrees by turning the tuition waivers offered by most research universities into taxable income. For many graduate students, that would have serious consequences.

In her fourth year of a bioengineering Ph.D., Blakely O’Connor designs and builds “organs-on-chips” in a lab at the Harvard John A. Paulson School of Engineering and Applied Sciences (SEAS). “We use cells and tissues to build models outside of the body on a micro scale, and then we can look and see how these tissues respond to drugs and how they might be disrupted in disease,” said O’Connor, who hopes to continue her research and become a professor once she finishes her doctorate.

Like many such students, O’Connor is worried about how the House tax plan could affect graduate studies more broadly.

“It’s really concerning to think about paying significantly more taxes when our graduate student stipends are tailored to cover exactly what we need to cover: housing, food, and living expenses in Boston,” said O’Connor. “To pay thousands more dollars on top of the taxes we already pay would make the graduate student experience impossible for people who don’t have savings to cover it.”

The bottom line, said O’Connor, is that grad student tax obligations would likely increase under the proposed plan, and might even triple during the first couple of years of graduate study if tuition is considered taxable income. “Graduate students are really worried by the prospect of having this extra financial burden,” she said. “The future of graduate studies is really uncertain.”

In a recent letter to the Harvard community, Provost Alan Garber said that it remains unclear how the legislation would apply to the University, but that those seeking advanced degrees at Harvard would also “be required to report tuition support as taxable income.” A tax on graduate student tuition, said Garber, would be damaging.

As part of their stipends, graduate students teach and conduct important research, helping advance knowledge across a range of disciplines. With fewer people able to afford advanced degrees, Garber and others argue that America could miss out on critical breakthroughs, undermining the nation’s ability to compete in the global economy.

“Graduate students are critical to current research activities at universities. They also represent the future of research that aims to solve the greatest problems facing our nation and the world — everything from cancer to Alzheimer’s disease to climate change,” said Garber, who is also the Mallinckrodt Professor of Health Care Policy at Harvard Medical School.

“By making graduate education unaffordable, this short-sighted tax plan will slow progress toward groundbreaking discoveries that would otherwise improve and extend the lives of millions of Americans. And it will make it more likely that any such discoveries will be made elsewhere. At a time when other nations are increasing their investments in research and the training of scientists, this tax jeopardizes America’s leadership in innovation.”

Emma Dench, interim dean of Harvard’s Graduate School of Arts and Sciences, agreed that the House tax plan could spell disaster for those seeking advanced degrees.

“Plain and simple, I just think it would be catastrophic for graduate education,” said Dench.

Dench fears that graduate students across the country who are already barely getting by, many of whom enter graduate school laden with heavy debt from their undergraduate years, would find an added tax an obstacle too great to overcome. She also worries that such a tax would shrink the talent pool and diversity of graduate students in the U.S., discouraging those lacking financial means from even applying to graduate school.

“The students lose out; the fields of scholarship lose out. It’s a devastating lost opportunity all around,” she said.

Humanities research that carries wide-ranging implications could be curtailed by such a tax, including work in the medical humanities, which takes a “holistic and compassionate approach to care,” as well as research by humanists addressing climate change, Dench said.

“Then there is also just the debt to understanding the human condition. That would take a terrible toll.”

Over the past week, graduate students across Harvard have flooded Dench’s email with their concerns. “My inbox,” she said “is filled with distress.”

By narrowing the field of potential graduate degree candidates, such a tax could do significant harm to the U.S. economy, analysts say. They argue that fewer graduate students and a less-educated workforce would put the country at a severe competitive disadvantage.

Reducing support for higher education in order to cut corporate tax rates is the wrong long-term strategy for growing America’s economy, said Jason Furman, who was chairman of the Council of Economic Advisers during the Obama administration.

Making graduate students responsible for thousands of dollars in additional taxes, coupled with the prospect of placing a tax on the endowments of large universities, would “reduce the resources those universities have for financial support and would result in fewer people going to graduate school, where critical knowledge is generated,” said Furman, professor of the practice of economic policy at Harvard Kennedy School.

That knowledge, he added, “isn’t owned by anyone, but spills over and benefits society, in areas such as health care or the economy.”

Furman noted that a main expressed goal of the House tax plan is to make America more globally competitive by bringing corporate tax rates in line with those of other nations. But that calculation, he said, ignores one of the U.S. economy’s biggest strengths.

“If you ask why most of the major tech companies are in the United States, it’s because of our educational system. Biomedicine, artificial intelligence, all of these sectors where the United States is leading the world are because of our educational system. And to think that competitiveness is all about your corporate tax rate and not your economic institutions as a whole, and particularly education, is really mistaken.”

Officials at Harvard have joined experts nationally in expressing concern over the proposed tax, including Harvard President Drew Faust, who has made regular visits to Washington during her presidency to advocate for policies to safeguard and improve higher education. Faust said she sees several troubling things in the House tax plan.

“These measures have the potential to seriously damage American higher education as well as individuals who live, work, and learn at colleges and universities across the country. I am deeply concerned about the ways in which these measures threaten to undermine innovation and discovery, and deter people from pursuing their educational goals,” she said. “I will continue to work with my colleagues in higher education to make these concerns known to policymakers in Washington.”

In addition to the tax on graduate students, the House plan has a provision to tax the charitable endowment earnings of private universities that have endowments larger than $250,000 per student. Many higher-education officials argue that an endowment tax reflects a fundamental misunderstanding of how such endowments work, and that it could threaten critical financial aid programs and research funding.

“On top of the tax on tuition remission, the proposed tax on Harvard’s endowment would also affect the number of students whom Harvard can admit. The number of students who are admitted would likely go down, especially in departments with budgets heavily influenced by the endowment,” said O’Connor. “So even if we can avoid income taxes on graduate tuition, the proposed tax on the endowment could greatly affect the graduate student experience here at Harvard.”