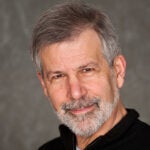 They rise by responding effectively and thoughtfully to challenges, author Nancy Koehn says

The questions surrounding what makes effective leaders and how they put their skills to work have long been of special interest to Nancy F. Koehn in her work as a historian at Harvard Business School (HBS).

Koehn, the James E. Robison Professor of Business Administration at the School, has a new book about five historic leaders — Ernest Shackleton, Abraham Lincoln, Frederick Douglass, Dietrich Bonhoeffer, and Rachel Carson — and what links their stories. In “Forged in Crisis: The Power of Courageous Leadership in Turbulent Times,” she argues that great leaders are largely made, not born, and in particular are shaped by insights they acquire while facing severe challenges.

The Gazette spoke with Koehn about her new book and what lessons her findings might have for today’s leaders, as well as for everyday people who aspire to handle leadership better in their own lives.

GAZETTE: Leadership has been an abiding interest of yours throughout your career. What do you find compelling about the subject?

KOEHN: I was drawn to it by some work I started doing early in my career at HBS on brands. I was fascinated by people like Howard Schultz at Starbucks, or Henry Heinz, the “Ketchup King” from the 19th century who saw something shifting in society and the economy and then figured out, “Hey, I could sell ketchup or pickles to women who are now living in cities and don’t have gardens.” In the case of Howard Schultz, he realized that people were looking for some kind of little place where they could connect to coffee and community.

I was fascinated by the impact of the individual, both in taking something out of the ether and making it concrete, and then the reverberations that had for other people. In the end, the creation, the brand, the sustainability, the durability of any of these business phenomena related back to leadership. I realized that human life and the human spirit are a nexus for extraordinary impact. Then I just drove deeper and deeper into understanding how people become real leaders.

GAZETTE: What makes personal experience, and in particular the experience of grappling with a crisis, so crucial to being effective in leading others?

KOEHN: It starts with the realization of the individual that a crisis is a great classroom. This is the realization of many of us who have been through a major challenge, that there is something fertile in all this adversity, all this confusion, all this ambiguity, and at times borderline despair, in that “I can learn something important for myself of what I might be.”

The people in this book quickly realize that you can either rant and rave and get smaller and more angry and more brittle in the midst of all this adversity, or you can make a choice that somehow you can get stronger and more resilient and your spirit and your possibilities can get bigger. Even if you can’t see exactly how that’s going to happen, you can resolve that whatever happens on the outside, inside my muscles of endurance are going to get stronger, and I’m somehow going to get wiser and better. What the book has to offer is that the individual realizes that prospect, and then makes a commitment to it, explicitly or implicitly.

But the end of each story isn’t “I endured this crisis.” None of the people in the book talk very much about their dark moments because they’re not going to be defined by them. They’re going to use them to accomplish something, perhaps as yet unseen, that’s important.

GAZETTE: So does everyone have the potential to be a great leader?

KOEHN: We’re all born with a set of qualities. But I really believe that it’s a combination of nature and nurture. You don’t have to be born with this amount of charisma, or this amount of hard-charging energy, or this amount of decisiveness to be a great leader. All these people were born intelligent. They were also born with big ambition. But such qualities are less than half the story, maybe even less than a third. A great part is how they use these experiences to grow and change and get stronger and braver with each moment of adversity. Not braver by huge leaps and bounds — this book is all about the messiness of making ourselves into good leaders — but they each do it.

Leaders come in many shapes and sizes, and my dearest hope for the book is that everyone from 17-year-old young men to school librarians to, dare I say it, a few of our elected members of Congress read this book and get something noble for themselves out of it.

GAZETTE: What implications might your theory have on our capacity to select people for leadership roles?

KOEHN: I think some of the disappointment we’re experiencing in America with our elected officials, at least at the highest levels of the national government, is partly about our not choosing very well, being a little bit seduced by leadership bling or bright shiny objects: how famous is this person; are they connected to celebrities; what is the charisma quotient? Most of these things don’t have anything to do necessarily with courageous leadership. Courageous leadership and choosing our leaders is partly about, for example, understanding how this candidate handled adversity, what the candidate did when something really unexpected and really difficult and really disappointing or perhaps failure-inducing happened. That really helps us understand candidates, what their priorities are. We want leaders who have a sense of a purpose larger than their own self-interest.

So I think we need to get more discerning and more demanding of what we’re looking for in leaders. We know courageous leadership when we see it. But we’re not necessarily taking that knowledge and translating it into a set of better priorities more aligned with a kind of civic action, even business action, that we’d really like to see on the part of people of great influence.

GAZETTE: You also stress the importance of emotional awareness. How can people in leadership positions benefit from that?

KOEHN: We live in a society where social media and instantaneous communication are breaking down all kinds of walls so we can be disgorging our emotions even before we’re aware of what they are. This book says, wait a minute, if you want to really develop your leadership muscles, you’ve got to start by taking a step back and saying, “What am I experiencing now, where might it be coming from, and how does that affect what I want to do next, or not do?” And each of these people in the book is pretty good at that.

GAZETTE: How did you go about choosing the five leaders whose stories you tell?

KOEHN: I needed to be able to reconstruct stories in which great reliance was placed on the emotional experience of a leader. A lot of very successful people don’t leave that record. That weeded a lot of people out. Second, I wanted several to be people who the whole world hadn’t yet heard of, because leaders come in many sizes and shapes. And I wanted to write a book in which their very humanity was accessible. This book is really about ordinary people who made themselves capable of doing extraordinary things.

GAZETTE: Is there anything that makes our era in particular in need of great leaders, and that is making it especially difficult for them to emerge?

KOEHN: Our era cries out for leaders of decency and purpose and integrity. We’re thirsty for that. We see it in everyday lives — chemo nurses, firefighters, school librarians — who are moving the boulder of goodness forward a few inches with every action they take. But we don’t see as much of that as we would be inspired by and like to see in the highest echelons. So I think we’re in the midst of a leadership void or vacuum. History teaches us this won’t stay that way. The most amazing thing about great crises such as some of the ones that are reconstructed in this book is that they call for new leaders who come out of the mist. Most people hadn’t heard of Frederick Douglass in 1845 or 1847 or 1853 or 1854, but, my God, they’d heard of him by 1861.

GAZETTE: If f you had to choose one lesson from the leaders you studied that could most benefit President Trump, what would it be? Can he emerge as a great leader?

KOEHN: One of the important parts of the making of each of the people in this book was their embrace of a big, worthy mission. I’m not talking about “Make America Great Again.” That’s a stirring platitude, but it’s not a mission. If Donald Trump could embrace a mission that millions of Americans from across the partisan spectrum could regard as a decent and noble one, then we could see whether he’s made of something more, something admirable, something respectful.

The second-most-important lesson is: How do you show up with respect and commitment and decency and courage? The people in this book are really important role models for everyone around, not to mention American children. As of yet, I have not seen evidence that we are going to see the forging of Donald Trump into a courageous and honorable leader. I and 300 other million Americans await that moment. I’m not sure it’s coming. I would that it were; I’m not sure it is.