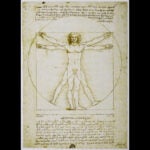 Like many kids growing up in the 1930s, George Abrams ’54, LL.B. ’57, made marbles and baseball cards his earliest beloved collections. Fast-forward 80 years and Abrams is one of the world’s most celebrated collectors of drawings from the Dutch Golden Age, eager to ensure his cherished art is cherished by others for decades to come.

Last week, Abrams announced a gift of 330 16th- to 18th-century Dutch, Flemish, and Netherlandish drawings from the Maida and George Abrams collection to the Harvard Art Museums. The trove includes four works by Rembrandt and a number of drawings by the artist’s pupils, and adds to more than 140 previous gifts to the Harvard Art Museums by Abrams and his wife, who died in 2002. The couple gave 110 drawings in 1999 and bequeathed more works in subsequent years. With the combined gifts, Harvard now has the most comprehensive holding of 17th-century Dutch drawings outside of Europe.

“Before we had great examples of some of the major hands of the period,” she said. “But now, when you can see multiple works by multiple artists or works that represent a whole career or pockets of material where you have a whole school, you can see the way that artists were speaking to each other and looking at each other’s work. You can use the collection in a very different way and teach from it in a very different way.”

The opportunity to help educate future generations of curators was key to Abrams’ decision to give the works to the museums. No less so was Harvard’s longtime commitment to drawings.

“Harvard was the center of the interest in drawings for the 20th century, and Paul Sachs trained many of the drawing scholars and curators and collectors,” said Abrams of the former director of the Fogg Museum, who was so devoted to the study of drawings that he donated his own collection to the University.

Abrams became a savvy student of Dutch art, learning from a number of Harvard-trained experts, including Seymour Slive, Agnes Mongan, and William W. Robinson, the former Maida and George Abrams Curator of Drawings. As his collection grew, he also took on the role of teacher, hosting Harvard students at his home for seminars and to study his work, and frequently meeting with curators-in-training to share his knowledge of the field.

Maida and George Abrams Curator of Drawings Edouard Kopp called Abrams’ approach to collecting a “combination of passion, of skill, of clarity of vision, of remarkable persistence.” The end result, said Kopp, “is this very cohesive and remarkable ensemble.”

The Harvard Art Museums deepened its support of research, scholarship, and hands-on learning with its multiyear renovation completed in the fall of 2014, which included the expansion of the Art Study Center, a vast space on the fourth floor devoted to each of the three museums (the Fogg Museum, Busch-Reisinger Museum, and Arthur M. Sackler Museum).

There on a recent afternoon Abrams sat surrounded by several drawings that are part of the museums’ current exhibit “The Art of Drawing in the Dutch Golden Age, 1590-1630: Selected Works from the Abrams Collection.” The Harvard alumnus spoke to the importance of preserving the art he has carefully collected and curated, for future generations. “Drawings have existed for hundreds of years and we want them to continue to exist,” said Abrams. “The best way to ensure that is to have really good examples available for young people to look at, and understand, and work on.”

Art has been a lifelong passion for Abrams, an attorney whose first exposure to the Dutch masters came during a summer job in the Netherlands while he was a student at Harvard Law School. Later he and his wife became a collecting team. While visiting various galleries and dealers on a trip to Europe in 1961 they gravitated to the Dutch drawings, partly because of the subject matter.

“They were about everyday things and about things that we could relate to very easily,” Abrams said, noting that price also came into play: “The Dutch were considered a little plebian and didn’t have quite the cachet of the French or the Italian intellectual power.”

Through the years the couple’s tastes complemented each other. George kept a close eye on the provenance and his wife looked out for when a work had “too much history and not enough art.”

“Maida would sometimes make me rethink what I was doing,” said Abrams. “I once found a drawing, a portrait of a rather unattractive man by kind of a rare artist. I said, ‘Rare artist, isn’t that something of interest?’ and she said, ‘It’s the ugliest drawing I’ve ever seen.’ So we didn’t get it.”

Much of what they did get has made its way to Harvard, to the benefit of scholars and students.

Tedeschi said the latest gift will “find a new life” in the study centers and in the “context of the teaching that we do.”

She added: “There’s still a lot to be uncovered in this collection and it will be wonderful for more advanced students, graduate students to have this incredibly rich cache of drawings to think about mining for dissertation topics or their own original research.”

The Abrams gift follows a major donation of Dutch works to the Museum of Fine Arts and the announcement of the Center for Netherlandish Art at the Boston museum. Tedeschi called the timing of the Abrams gift “exciting” and said she anticipates future collaborations with the MFA around the two collections.

“It makes absolute sense to look at how the two sets of collections speak to each other. We are looking forward to collaborating. I can imagine all kinds of seminars and scholars’ days and workshops on both sides of the river.”