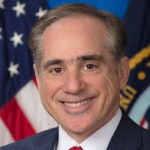 Protecting those who have protected us

Georgetown professor says the left can bounce back, but first they need to make friends

Understandably, left-leaning citizens across the world may feel like they’re on the defensive, with things likely to get worse before they get any better. Michael Kazin, professor of U.S. Social Movements and Politics at Georgetown University and editor of Dissent Magazine, sat down with the Gazette ahead of his Dean’s Lecture in the Social Sciences at the Radcliffe Institute, “Does the Left Have a Future?” to discuss why the left is struggling and how it can rebuild itself.

GAZETTE: For the anxious and short-on-time proletariat, does the left have a future?

KAZIN: The answer is “Yes, but …” I say yes because the kind of things the left stands for — both liberal and radical — are still very popular. Bernie Sanders is the most popular politician in America right now. Jeremy Corbin is doing very well in Britain. I think in general, most citizens of the world want a lot of things the left has always controlled: equality, decent housing, good education, good medical care, and so forth.

The “but,” of course, is that left organizations have not been winning elections as of late; institutions that used to be bold to the left, such as unions, are not doing very well anywhere in the industrialized world; and there’s a lot of skepticism about how to achieve the things they’re talking about.

There are, I think, three paths for the left that I lay out in the talk: continue the tradition of being a social gadfly, such as the Civil Rights Movement or the labor rights movement; take a more Social Democratic path, the type that Bernie Sanders is talking about that we see in many Scandinavian countries; or take a hard turn into a Democratic Socialist society, the sort of system that Marx and Engels wrote about, in which there would be a very limited role for private capital.

GAZETTE: Is the left at a historic low or is this a more predictable pendulum swing?

KAZIN: There have been other times when the left has not been doing well: the 1920s, 1950s, 1970s. I’m not sure it’s a historic low right now. I think left-wing parties are doing worse than they have — across the world — at pretty much anytime since they began in the late 19th century. But left ideas are still vital.

GAZETTE: What happened to put the left in such a tough spot?

KAZIN: The core of the left, historically, was the working class, particularly the native working class, which, in this country, is the white working class. And that group is turning much more toward conservative parties, right-wing populism, especially towards figure like [President] Trump and others who follow him. So when you lose what used to be the core of your constituency and the organizations like unions that represented that constituency, then you’re in trouble.

The left has also gotten the image of being represented more by people at Harvard and Hollywood than by ordinary people in the heartland. The French have a term for this, le gauche caviar (the caviar left). We don’t have the same thing here in the U.S., but “limousine liberal” was an older phrase for people even to the left of liberals. But if you’re trying to win over the majority of people, most of whom don’t go to college, never mind Harvard, that’s a problem. The idea that the left is elite is a problem.

Also — and this is more true of Europe, but it also applies to the Democrats — governments and parties got blamed for cooperating in what some people call neo-liberal policies, which is not a term I like a lot. All sorts of austerity, cutting back on government expenditures in order to keep up with Euro guidelines. In this country, Obama did not really try to put bankers in jail for the housing crisis, he didn’t really push to expand union rights — not that he would’ve been successful. So these parties all over the Western world were seen as being more interested in the interests of global capital than in those of ordinary people.

KAZIN: Good question. Something I didn’t expect is to have a Republican president come into office and see the left actually gaining. Usually they’d be on the defensive just trying to protect their gains. And that’s certainly true of course, Democrats are trying to protect Obamacare and the Consumer Protection Agency.

But Trump is a different kind of Republican. He’s divided his party and his popularity ratings are down in the 30s, which has given people on the left some hope. But at the same time, for the left to really advance, they have to put forward their own program. I don’t think most Americans know what the left would do if it were in power, and that’s a problem.

GAZETTE: What does the left need to do to compete again?

KAZIN: A lot of things. They have to diagnose the problem first of all, but I end the talk with three suggestions:

And third, leftists have to be more empathetic. There are a lot of people on the left who curse people who voted for Trump as racists, nativists, loonies. I think Trump is an awful person and has awful policies and is dangerous in lots of ways, but if leftists talk about people who voted for him or are ambivalent about him as, in effect, the enemy — as Hillary Clinton called them, “deplorables” — they’re not going to win the majority of people in America. You have to think about why people don’t agree with you and talk to them at the level they understand. And if you don’t, then you don’t really believe in a majoritarian left.

KAZIN: People can start thinking and acting differently, I suppose. A lot of what I’m talking about are not original ideas, but if people on the left start committing themselves to some [of] this logic, they’ll be a lot better off going forward. Whether that happens right away or not, I don’t know. This is not just about elections, but about building movements which can influence elections, policy, and culture generally.

Today’s event is already at capacity, however, Radcliffe will add your name to its wait list and will inform you as soon as possible if space becomes available. Please e-mail events@radcliffe.harvard.edu to be added to the wait list.