A passion for nature, in beetles 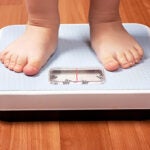 For those bitten by the beetle bug, Harvard’s Museum of Comparative Zoology (MCZ) just got a bit more interesting.

Already one of North America’s premier natural history collections, with 25 million animal specimens and 4 million beetles, the MCZ recently received a donation of 150,000 beetles from the private collection of the late David Rockefeller, a longtime Harvard benefactor and former Overseer.

Rockefeller, who died in March at age 101, was a businessman who served as chairman, chief executive officer, and president of Chase Manhattan Bank and chairman of the board of the Rockefeller Group.

He was also an avid beetle collector. Biology Professor Brian Farrell, who as curator of entomology oversees the MCZ’s 7.5 million-specimen insect collection, became acquainted with Rockefeller 20 years ago through his daughter Eileen Rockefeller Growald, whom Farrell had met decades earlier in his native Vermont.

Farrell recently delivered a lecture on the acquisition at the Geological Lecture Hall in Harvard’s Geological Museum building. He described Rockefeller’s collection as extraordinary, with 10,000 species from 40 beetle families. Farrell was introduced by Jane Pickering, executive director of the Harvard Museums of Science and Culture, of which the MCZ is part.

Farrell, who also is director of the David Rockefeller Center for Latin American Studies, traced Rockefeller’s collecting career. A summer tutor encouraged him in that area in 1925, and he began collecting a wide variety of insects. Rockefeller eventually focused on beetles, and spent a lifetime exploring their extraordinary diversity.

One out of every four animal species on the planet is a beetle, Farrell said, an abundance likely tied to their association with flowering plants, which themselves are extraordinarily diverse. Rockefeller’s donation comes at a time when research has turned up indications of insects being on the decline. A study of flying insects in Germany has shown a 75 percent decline over the last 30 years.

Farrell quoted the writings of Rockefeller and his daughter Eileen as he traced Rockefeller’s collecting career from his Harvard years — he graduated in 1936 — to a World War II stint in Algeria and beyond. Rockefeller was attracted to beetles by their orderliness and by the belief that collecting them afforded him of nature’s broader workings.

“He was seeing what Darwin saw, evolution in action,” Farrell said.

Rockefeller spent the summer of 1933 in Germany, seeing the early changes wrought by its new chancellor, Adolf Hitler. That trip, Farrell said, resulted not only in German beetles being added to Rockefeller’s collection, but also in a love of travel that led to his $100 million 2008 donation to Harvard, much of which was dedicated to fostering undergraduate travel.

When Farrell met Rockefeller in 1998, the two shared their interest in beetles, a scientific focus of Farrell. After Rockefeller died, his family made arrangements for the collection to be transferred to Harvard. Farrell traveled to Rockefeller’s New York home this fall to oversee the packing and transport of 30 cabinets of specimens.

Collecting, Farrell said, is an expression of a “passionate curiosity” in life that provides a path to learning and understanding the world around us, which ultimately can help the passionate collector find meaning.

“That’s really, at the end of the day, all we have in life: meaning,” Farrell said.