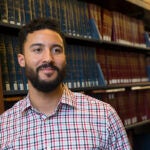 Though longtime leader is departing, his political party will rule on, meaning few improvements for populace, analyst says

A faction within Zimbabwe’s military seized control of the troubled southern African nation last week in a coup d’état that effectively ended the harsh, 37-year rule of President Robert Mugabe. He was expelled by his own political party, which, after he failed to resign by a Monday deadline, announced it would begin an impeachment process against him.

The world’s oldest head of state at 93, Mugabe has held an iron grip on power since 1980, ascending to the presidency as a revolutionary fighter during the once-prosperous country’s push for independence from minority white rule in the late 1970s. The only leader Zimbabwe has known, he was the last remaining leader from the African liberation movement still in office.

Mugabe and his wife, Grace, who had been angling to succeed him, have been under house arrest since Nov. 14. Although he has not formally resigned and talks continue to decide what’s next, recently ousted Vice President Emmerson Mnangagwa is widely believed to be the leading candidate to take power because of his close ties to the military.

Glen Mpani is a Ford Foundation Mason Student Fellow at the Ash Center for Democratic Governance and Innovation at Harvard Kennedy School. He is an authority on democratic governance in southern Africa, focusing on political party development, local government, and elections in the region. He spoke with the Gazette about Mugabe’s future and what a new regime may mean going forward in Zimbabwe, a nation rich in resources but beset by failing infrastructure.

GAZETTE: Why is this happening now, and is it a surprise to you or the Zimbabwean citizenry?

MPANI: The events are a culmination of a political crisis that Zimbabwe has been confronted with for the last decade or so. The country has a multitude of problems because of bad governance by the ZANU-PF [Zimbabwe African National Union — Patriotic Front] party under the leadership of Robert Mugabe. While he has failed to govern effectively, he has also suppressed individual freedoms, such as freedom to participate, and access to information. He basically made sure that no one, or no competitive electoral process, could allow for altering power. So he has been able to build a dictatorship around him and, because of that, Zimbabwe has been isolated. Economically, it has become dysfunctional, and many Zimbabweans have left the country.

Now, his inability to address succession issues within his political party, along with intraparty problems within ZANU-PF, has brought us to where we are. In the last two or three years, a former vice president was expelled from the party. Her name is Joice Mujuru. Because she had shown that she wanted to take over from him, she was expelled from the party, and a number of individuals were expelled from ZANU-PF. Mnangagwa was fired for the same reason. He had shown ambition and so was kicked out of the party. But, the difference is that Vice President Mnangagwa has always had and has very strong links with the army. He was minister of security since independence. Basically, he is one of them. So the implosion that has taken place — and this is very important for everyone to understand — involves the issue that Mugabe should go. There’s consensus that he has done enough damage to Zimbabwe.

GAZETTE: Do you expect Mnangagwa to slide into power, and is there anything that could prevent that from happening? What’s going on behind the scenes?

MPANI: The crux of the negotiations are basically: How do they get Mugabe to leave office? The issue that is central right now is the legality of it. Unless one is to simply say “This is a coup,” the army cannot come in and say he should leave. Secondly, the other issue on the table is that this is a party matter that needed to be dealt with at the party level. The problem they’re also dealing with, which has become the big challenge, is that the preferred choice of the army was recently fired as the vice president. If Mnangagwa wants to be appointed president, Mugabe has to reappoint him or rescind his dismissal, and then he can take over once Mugabe resigns. Yet Mugabe is not interested in reappointing him.

GAZETTE: Was pushing him out Mugabe’s fatal mistake?

MPANI: Mugabe may have made a number of blunders, including his failure to know that his time is gone. I think his wife has annoyed many people in Zimbabwe. I think the people are concerned more with the moral or psychological victory — “Let’s get Mugabe out, and his wife, yeah!” But the future, in terms of what sort of a transition they aspire to, no one is willing to have that conversation. The opposition has gone through this thinking that they can achieve democracy by supporting a faction within ZANU-PF, but this is only a small part of the problem. To make matters worse, some of the people pushing for Mugabe’s resignation have been the most violent and brutal. There have been human rights violations. There were countless reports of violations they committed on civil society during the land-reform campaign. There were many instances where the army was involved in illegal actions in Zimbabwe. Just getting rid of Mugabe won’t solve the problems. The reality is, he is gone. Whichever way that happens, he is no longer going to be president of Zimbabwe. So what? Who have we entrusted the future of the country to? This is what Zimbabweans at the moment are blind to, and they need to be able to address and resolve that.

GAZETTE: Is he in danger of assassination or being forced into exile?

MPANI: I don’t think they will kill him. What might be negotiated is for him to go somewhere with his family for awhile to allow the transition process to take place. I don’t see him as an individual who would want to spend the rest of his life outside Zimbabwe. I think he would want to come back. For now, they are likely to make sure that he leaves the country.

GAZETTE: How has the army and the military veteran community been able to acquire and sustain such power over the decades? Why are they in power and Mugabe is not?

MPANI: One is that they fought in the liberation struggle. They have been part of the ruling party, and they have occupied positions in government, in the military, in security. Some of them have been ministers. Some of them have been ambassadors. So they have played a very pivotal role in the structures of Zimbabwe. The war veterans regard themselves as the vanguard, the ones who decide what happens in terms of who governs Zimbabwe and how it is governed. Over the years, they’ve said in no uncertain terms that no one who doesn’t have liberation credentials or who doesn’t come from ZANU-PF can lead the country. They have been the glue that has held together Mugabe’s leadership. We are now being held ransom by these individuals. Zimbabweans are forever grateful to these old veterans because of what they’ve done.

GAZETTE: In a recent New York Times op-ed, you said that the army takeover is not going to result in the kind of positive change people want and need. Why not?

MPANI: In successive elections since 2000, the army has been helping this regime and making sure that Mugabe wins at all costs, regardless of the situation. The only thing that has moved them now is that their interests have been threatened. That is why they’re now saying, “Enough is enough.” The agenda they are pushing has nothing to do with the country; it’s about themselves. Even if they are going to revive the economy or they are going to provide opportunity, it’s not going to be for the general interests of Zimbabwe. It’s going to be for their own personal interests. In all the succession fighting that is happening in ZANU-PF, no one has shared what they want to do in regard to reform. It’s all about, “I don’t want Mugabe’s wife” in power.

Zimbabwe is facing a leadership crisis. It needs a new form of leadership, and the crisis does not really affect the power of the ruling party. The opposition is confronted with this problem. Civil society is also confronted with the problem. So you need a new breed of leaders to come in who understand how to reform the country, who understand how to take the country forward, and who can make a new agenda. Recycling the same individuals will not change anything in Zimbabwe.

GAZETTE: What role, if any, do you think the international community should play in this saga, including the United States, the European Union, the United Nations, and others?

MPANI: If we say we want a democratic path, I think it would be wrong for them to come in and say “Anything that is not Mugabe is OK.” Let’s have a principled agenda. If it involves democratic reform and economic recovery, they should support a process that allows Zimbabweans to elect the leadership they want and a proper process of electoral reform and governing. If they want to engage in cutting and pasting and patching up, it’s not going to work. I can tell you that the British are keen on installing anything other than Mugabe. That’ll provide a semblance of normalcy, of Mugabe having gone, but we’ll never see any change. Whenever the election comes, why not have a transitional arrangement that is provided by individuals who are respected, with multiparty stakeholders around the table? Prepare a pathway toward an electoral process. Hold an election. Allow whoever wins to run the country. That way you are able to address the things that Mugabe has denied Zimbabweans, create an opportunity of selecting an individual who can end the violence, and create conditions where the country has security, where information is managed, but where individuals are not.

MPANI: Because of where we are right now, I think Zimbabweans need this moral or psychological victory, for Mugabe to go. That’s one step, because a proper conversation cannot be had while Mugabe is at the top. I get it. But accompanying that, Zimbabweans need to be clear in terms of who or what the alternative is. I don’t think removing Mugabe and handing his power over to a faction within his political party provides a brighter future for Zimbabwe. I think it’s taking us way back. It’s important that it’s a vision that allows an independent council to enable Zimbabweans to move toward elections. That’s one issue that needs to be dealt with. Secondly, there needs to be renewal within the opposition. Opposition leader Morgan Tsvangarai is caught up in the same problem because his organization also needs to reform. In addition, Zimbabwe needs to open up to a new leadership where more people who are not in the political system can jump in and take up leadership positions. That’s important.

Our problem is a leadership crisis. All these other issues about reforming the economy, restoring Zimbabwe on the international stage — as long as we fix our leadership problem, all those other things will come to pass.