Questions and concerns about America’s future 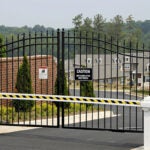 Where are we as a nation headed? And what role can the millennial generation play in moving America forward? These were some of the questions posed during “A Town Hall on Politics and Public Service,” a discussion at the Institute of Politics (IOP) at the John F. Kennedy Jr. Forum on Wednesday evening.

Following an introduction by IOP polling director John Della Volpe, President Drew Faust took the podium to discuss the challenges facing our country today. In all of these, she stressed, Harvard has a role to play.

“Throughout this history, our University has embraced education and learning,” she said, and that commitment is “essential for democracy.” As well, she emphasized the need for civil discourse, saying, “We need to discuss and to defend the values and the principles that define us.”

They were aided, at first, by visual prompts. An IOP survey had asked the registered student participants to share images that reflect America today. The pictures projected overhead ranged from the topical (NFL players “taking the knee”) to the humorous (a climber clinging to a ledge with his fingertips).

Scarborough began by talking about the split in the country, citing his shock at hearing how many of his own family members did not share his political views. The lesson he learned from that, he said, was that more discussion is necessary.

“That doesn’t mean we don’t call out racist comments,” he said. “It means we sit back and try to listen. This didn’t start with Donald Trump.”

Brzezinski then took over, citing “depression, fog, division, and anxiety” as catchwords describing our present situation.

Students, who introduced themselves by first name and, at times, their origins, took turns responding to the hosts’ prompts.

One young man who introduced himself as a first-generation American, with parents from Mexico, talked about how difficult it is to hear the administration “bashing” the country of his family’s origins.

A young woman, who recently moved from Wisconsin to Canada, brought up fears that President Trump’s bellicose rhetoric will become policy.

Scarborough deflected her concern, slightly: “When you have a president who attacks Mexicans and gets elected, who says he wants to ban 1.5 million Muslims, my concern is not that this will be implemented in policy, because I don’t think it will. I’m worried about the attitudes that sink into people’s minds.”

That comment opened the dialogue wider, as another student, who described herself as politically active, stood up. “This is not about attitudes anymore. This is about actions,” said the student, who was wearing a shawl. “Members of my family cannot come into this country.”

As audience members talked about fears, frustration, and fatigue, Brzezinski nodded. “I’m really scared that we’re so desensitized, that things that are so abnormal are becoming normalized,” she said.

Advising the students not to be fazed by “a few nasty tweets and Russian Facebook posts,” he urged them to run for office.

“The quality of public servants across the country has declined,” he said; Della Volpe said interest in serving has declined as well, citing a poll that found a drop-off in the last five years.