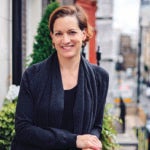 To commemorate a centennial, a look back at a tragedy — and maybe an attempted genocide

Deconstructing the multifarious and complex questions around migration and globalization may be the most direct route to a solution for the migration crisis facing the world today, Harvard experts said last week.

Questions about its ethical, legal, social, cultural, and economic implications were the focus of the Harvard Global Institute’s second annual symposium on effecting resolution to critical issues.

“The topic at hand today is an absolutely perfect one for the goals of the Global Institute, which is to bring scholars and researchers and students across fields together, to look at large global problems and to take a comparative look at issues that concern a variety of parts of the world and build on the enormous strengths we have at Harvard in regionally based centers and studies and programs,” President Drew Faust said in her opening remarks.

The symposium, made up of scholars from many disciplines across Harvard, included sessions on migration and the modern world, the economic and political consequences of migration, and migration and social obligation.

“The current cycle of migration crises in Europe, Africa, the Middle East, and South Asia have haunted the global horizon for over a decade,” said Homi K. Bhabha, the Anne F. Rothenberg Professor of the Humanities and one of the symposium’s moderators. “It’s not just an issue of modern life or modern history, it’s one of the major frameworks of it. Migration is like nation, it’s like class, it’s one of these major pedagogical and political and philosophical categories.”

Those categories were defined and debated in the final panel, “Migration and Social Obligation.” Much of the discussion explored the question of who owes what to whom. What do residents owe migrants and what do migrants owe residents? Is that obligation based on legal status, socio-economic status, the capacity to speak the language, and/or the reason for the migration?

“We’re not doing big picture on how you engage with populace politics and xenophobic anxieties in a country,” said panel moderator Jennifer L. Hochschild, the Henry LaBarre Jayne Professor of Government and Professor of African and African American Studies. “This is more on the ground, what do we actually do as concrete individuals in an institution like Harvard that’s going to make a difference in the lives of people.”

Panelist Sabrineh Ardalan, assistant director at the Harvard Immigration and Refugee Clinical Program and assistant clinical professor of law at Harvard Law School, said her work at the clinic gives her an up-close view of the burdens on asylum seekers to prove their eligibility for protection, demonstrate credibility, and provide corroborating evidence. Applications for asylum have doubled since 2014, with 260,000 filed last year.

“Every day, our clinic gets at least one phone call, and usually many more, from someone desperate looking for a place to call home, lost in the bureaucratic mess of our immigration system,” she said.

There are 41 million immigrants in the U.S., which means one in every four residents here is an immigrant or a child of immigrants, according to Mary C. Waters, the John L. Loeb Professor of Sociology, who specializes in the study of immigration. She said the U.S. has always been intertwined with those who immigrate to this country: Our society needs them and they need us.

“On every dimension immigrants are absorbing into American society, in many ways faster than European immigrants 100 years ago. And because undocumented immigration has basically not increased at all since 2008, it means that undocumented people are more and more settled families,” said Waters. “The average undocumented person has been here longer than 10 years. These are families with children — over 11 million of them. That is more people than lived under Jim Crow in the South prior to the Civil Rights Movement.”

Restricting immigration, she said, “is bad for American society, American democracy, and it’s bad for the immigrants.”

Jacqueline Bhabha, professor of the practice of health and human rights at the Harvard T.H. Chan School of Public Health, said any focus on social obligations in the U.S. must be qualified by a focus on its  global responsibilities. The number of asylum-seekers last year is indicative of the millions of people in the world in desperate need of protection from civil war and genocide, she said.

“The simple answer to ‘What do we owe to whom and does it depend who is arriving?’ is, ‘We owe everybody the same,’” she said. “Because the principle of nondiscrimination is very fundamental to our modern, post-World War II regime, and indeed to the liberal constitutions we have inherited over the past 2½ centuries.”

In closing remarks, Krishna Palepu, the Ross Graham Walker Professor of Business Administration at Harvard Business School and senior advisor to Faust, said it is the mission of the Harvard Global Institute to do exactly what it did at the symposium: bring together people with multiple perspectives and different skill sets to have important conversations on crucial issues.

“This afternoon has been a great illustration of the power of that kind of conversation,” he said.