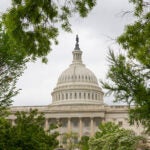 If you thought that media coverage during the 2016 presidential election seemed, more often than not, to boost Donald Trump and criticize Hillary Clinton, you didn’t imagine it, a new report says.

According to the report from Harvard’s Berkman Klein Center for Internet & Society, which applied data analysis techniques to 2 million election stories to understand better what people were reading and sharing, Trump not only got the most attention from media outlets across the political spectrum, but his preferred core issues — immigration, jobs and trade —  received significant coverage and were widely shared online. In contrast, news about Clinton focused negatively on her family charitable foundation, her use of a private email server as U.S. secretary of state, and the 2012 terrorist attack in Benghazi, Libya, the study found.

Surprisingly, while “center-left” mainstream news organizations such as The New York Times and CNN remained popular and influential news sources, far-right upstarts such as Breitbart and Daily Caller, and even hoax-peddling sites such as Gateway Pundit, were able to drive mainstream election news coverage and dominate social media sharing of election news with far greater power and effectiveness than previously understood, the researchers found.

In fact, Breitbart, a pro-Trump site run by the president’s former chief strategist, Stephen K. Bannon, M.B.A. ‘85, dominated the conservative media, drowning out legacy power players like the Wall Street Journal and even Fox News. The site had the most widely linked stories across the web, Twitter, and Facebook, and led the national coverage of immigration, the election’s most-discussed policy issue. It did so, the study said, by acting as a kind of bridge between far right elements and the mainstream media. “By developing narratives that have currency in right-wing circles, then both enticing and demanding coverage from center-left press, outlets like Breitbart were able to set the agenda for the election,” the report concluded.

Breitbart’s effectiveness came not only in getting people to share its stories, but in shaping what other, more mainstream outlets did with them.

One key example: widespread media coverage surrounding the allegedly too-cozy relationship between the Clinton Foundation and foreign donors spiked in August 2016, shortly after the Democratic National Convention when the party would typically expect a post-convention bump in the polls. It was a topic that can be traced directly back to the 2015 book “Clinton Cash,” whose publication was commissioned by Bannon, the report concluded.

From the data, “We know exactly what is the first time in which the Clinton Foundation is raised, in which particular week, linking to what story, based on what structure. We can then say who linked to that story, who amplified it?” said Yochai Benkler, the Berkman Professor for Entrepreneurial Legal Studies at Harvard Law School and the study’s principal investigator.

The book’s splashy rollout, which prompted the New York Times and the Washington Post to publish reports stemming from claims made in it, was “a well-ordered propaganda campaign” with “a very carefully and thoughtfully executed strategy for how to co-opt the mainstream media to report on it,” he said.

“That April 2015 story in the Times becomes the single-most tweeted and Facebook-shared story in August of 2016 because it provides the core legitimacy and validation for the campaign that starts in the two or three weeks in the run-up to the convention, and then in the post-convention.”

“The power of Breitbart was to set the agenda for these other, more visible sites. It’s the forcing of Fox News to move to the right [after the network briefly cooled to Trump] and its injection of anti-Clinton narratives into the mainstream,” said Benkler.

Though it’s fashionable to declare that everybody is trapped in social and ideological echo chambers, the study found that highly partisan content was far more pervasive in the conservative media than on the left. Consumers of right-leaning news outlets wound up insulated, seeing a narrower array of stories from a smaller group of producers and shielded from news produced outside the conservative media ecosystem. Instead, users had an information diet larded with political disinformation, propaganda, half-truths, conspiracy theories, hoaxes, and even “fake news” far more frequently than users following left or center-left news producers like Mother Jones or even NBC News.

On social media, stories shared on Twitter skewed more partisan than on the open web, while Facebook shares were even more partisan than on Twitter. In fact, a story’s popularity on Facebook strongly correlated with how partisan it was and how dubious its veracity was. Of the top 100 media sources, in a ranking measured by links or social media sharing, seven of the most partisan outlets on the left and right — Breitbart, Daily Kos, Gateway Pundit, Raw Story, PoliticusUSA, Right Scoop, and BizPacReview — dominated social media attention.

Nicco Mele, director of the Shorenstein Center for Media, Politics & Public Policy which has also studied 2016 election coverage, said he found the study’s findings about how information is produced, distributed, and manipulated “breathtaking.”

Using Media Cloud, a platform that analyzes big data sets of online media, researchers from Harvard and Massachusetts Institute of Technology analyzed 2 million election-related news stories produced by about 70,000 print, television, and online outlets and published on the open web between May 2015 and November 2016 in order to capture what people were consuming on a daily and weekly basis, and which stories they shared with others.

From the data, the researchers were able to map networks of linkage across the political spectrum, and identify which topics and themes dominated coverage, which outlets most influenced coverage, which stories and outlets were most linked to by others, and which were most widely shared on Twitter and Facebook.

The team had to develop a new web crawler to pick up the relevant content and then refine it to ensure that the data accurately reflected what was going on in the media at that time. The team used Crimson Hexagon, a social media analytics platform started at Harvard, to pull a random sample of 4.5 million election-related tweets and extracted 900,000 URLs that had been shared, and then fed that data into Media Cloud for analysis. The researchers were able to estimate how often stories were shared on Facebook using the Facebook API platform.

Because Facebook does not make its privately held data available to researchers, they were unable to map networks of story sharing there, one limitation of the study, said Benkler and Hal Roberts, a Berkman Klein fellow and the study’s technical lead.

“We use the quantitative data first as a sort of first read of what’s going on, but then, very importantly, as a map of what we need to do [in our] qualitative analysis to understand, and those two processes work in combination with each other,” said  Roberts.

The research team has made the data available to the public so that others may review and build on it. The center is currently pondering a number of offshoot studies from these findings.

Truth not most profitable

While cautioning that there are “no easy fixes,” the report sees two potential remedies for this situation. The researchers say editors and reporters must recognize how political campaigns actively create click bait for journalists to get them to chase down, and in doing so to validate spurious claims by opposition researchers.

Benkler believes that technology companies have a “valuable but limited role” in solving the problem of media partisanship and polarization. While they could treat disinformation and propaganda like air pollution and strive to filter it from their platforms, there’s a real risk of overreach into policing that could harm First Amendment rights, he warned.

“The platforms have to really decide what their obligations to the public sphere are,” said Mele. “Thus far, the platforms have essentially been remarkably hands-off,“ a reality perhaps exacerbated by the fact that “the truth is not always the most profitable direction.”

If, as the report suggests, the core problem is our “paranoid” political discourse and norms and that many people desire extreme information, there’s no technological solution, said Benkler, whose scholarship focuses on how the internet shapes democracy.

Ultimately, he hopes that journalists will read the report and understand that they are now operating in a “disinformation-rich environment” comparable to that of reporters who once staffed the Moscow bureau of American newspapers during the days of Pravda.

They need “to understand that there’s a distinct propagandist effort, that it succeeded in this election in hijacking their agenda, and to practice ‘defensive journalism,’” he said. Instead of just distrusting every source equally as a signal of professional neutrality, they need to pay “special attention to the fact that you’re being manipulated by everyone, and, in particular, there seems to be a campaign on the right.”

An important audience to reach with this report, he said, involves American conservatives, who would benefit from a reminder that a shared public sphere is a “precondition” for democracy.

“It is absolutely critical to American democracy that we rebuild a set of shared modes of validation,” said Benkler. We don’t have to agree on everything, “but there have to be bounds between what is plausible and what we can argue about, and what is off the wall.”

On a related note, a program on “The Digital Threat to Democracy” will be held on Monday, Sept. 11, at 6 p.m., at  the JFK Jr. Forum, the Institute of Politics, Harvard Kennedy School, 79 JFK St., Cambridge.