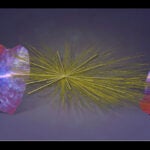 As long as the sun shines, hardy tardigrade will carry on

The world’s most indestructible species — a stout, microscopic animal with four pairs of legs, known as the water bear or tardigrade — will survive until the sun dies, according to new research from Oxford University and the Harvard-Smithsonian Center for Astrophysics (CfA).

Tardigrade may be little but they are the toughest form of life on Earth. The water-dwelling micro-animals are known to be able to live for up to 30 years without food or water. They can endure temperatures of up to 150 degrees Celsius, the deep sea, and the frozen vacuum of space.

And they can even survive the risk of extinction from cosmic catastrophes — asteroids, supernovas, gamma ray bursts — and likely last for at least 10 billion years, far longer than the human race, according to the new study published in Scientific Reports.

Not bad for an animal that grows to a maximum size of 0.5mm.

“A lot of previous work has focused on ‘doomsday’ scenarios on Earth — astrophysical events like supernovas that could wipe out the human race. Our study instead considered the hardiest species,” said David Sloan, co-author and postdoctoral research associate in the Department of Physics at Oxford University.

Sloan said researchers were surprised by the extent of the tardigrade’s resiliency. “It seems that life, once it gets going, is hard to wipe out entirely. Huge numbers of species, or even entire genera may become extinct, but life as a whole will go on.”

The research implies that life on Earth will extend as long as the sun keeps shining. It also reveals that once life emerges, it is surprisingly difficult to destroy, opening the possibility of life on other planets.

‘Tardigrades are as close to indestructible as it gets on Earth, but it is possible that there are other resilient species examples elsewhere in the universe,” said Dr. Rafael Alves Batista, co-author and post-doctoral research associate in the Department of Physics at Oxford University.

“In this context there is a real case for looking for life on Mars and in other areas of the solar system in general. If tardigrades are Earth’s most resilient species, who knows what else is out there.”

The researchers theorized that the tardigrade will likely survive any astrophysical calamity because the events would never be strong enough to boil off the world’s oceans.

There are only a dozen known asteroids and dwarf planets with enough mass to boil the oceans, however none of these objects will intersect the Earth’s orbit and pose a threat to tardigrades.

They also considered supernovas but an exploding star would need to be 0.14 light-years away in order to boil the oceans. The closest star to the sun is four light-years away and the probability of a massive star exploding close enough to Earth to kill all forms of life on it, within the sun’s lifetime, is negligible.

Gamma-ray bursts are brighter and rarer than supernova and also too far away from Earth to be considered a viable threat. To be able to boil the world’s oceans the burst would need to be no more than 40 light-years away, and the likelihood of a burst occurring so close is again, minor.

In highlighting the resilience of life in general, the research broadens the scope of life beyond Earth, within and outside of this solar system.

“It is difficult to eliminate all forms of life from a habitable planet,”said Professor Abraham Loeb, co-author and chair of the Astronomy Department at Harvard University. “The history of Mars indicates that it once had an atmosphere that could have supported life, albeit under extreme conditions. Organisms with similar tolerances to radiation and temperature as tardigrades could survive long-term below the surface in these conditions.”