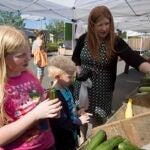 A tweak to cellular machinery could hold promise for treatment

Fixing glitches in the assembly of RNA may hold the key to treating ALS and frontal lobe dementia, according to a Harvard Medical School (HMS) study published this week in Cell Reports.

Researchers found that a genetic mutation often linked to those diseases creates a toxic protein that disrupts the editing, or splicing, of RNA, the molecular messengers that turn genes into functional proteins.

“What we are finding is that disruptions in RNA splicing appear to be a common thread linking these motor neuron disorders,” said senior study author Robin Reed, professor of cell biology at HMS. “Much more research is needed, but if we could correct splicing errors with so-called splicing modulator compounds, we could prevent disruptions … which may have efficacy for the treatment of ALS and FTD.”

In the HMS study, toxic peptides produced by mutation of gene C9ORF72 dislocated part of the spliceosome, the molecular machine responsible for RNA assembly, driving it to the cytoplasm of the cell instead of the nucleus, where it should be located. Exactly how these peptides cause toxicity was previously unclear but studies have shown that they significantly increase splicing failures.

“Since splicing is upstream of so many critical cellular functions,” Reed said, “a better understanding of this mechanism could illuminate new approaches to help patients with these diseases, which currently have no effective treatments.”

The C9ORF72 mutation accounts for around 25 percent of cases of frontotemporal dementia and 30-40 percent of inherited forms of amyotrophic lateral sclerosis. Roughly one in five patients with ALS also develops FTD.

The mutation causes the abnormal duplication of a segment of DNA that is processed by cells into messenger RNA. These extraneous copies of RNA messengers code for proteins, two of which — GR and PR — have been found to be toxic in human, yeast, and fruit fly cells.

Reed and her colleagues found that these toxic peptides associate with a component of the spliceosome known as U2 snRNP.

“It was striking how these peptides are so specific to U2 snRNP. No other cellular processes appeared to be affected, whereas splicing was completely blocked,” Reed said. “When these peptides are expressed at high levels, they are completely toxic to the cell, but if they are produced at a low enough level, they can inhibit the splicing of genes that are U2-dependent, which may have some role in the development of disease.”

This work was supported by the National Institutes of Health (grants GM043375, NS057553 and NS079725), an ALS Therapy Alliance Grant and the ALS Association.