Nudging families away from fruit juice 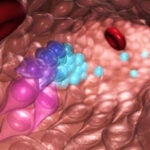 Closing in on a breakthrough

The twin epidemics of diabetes and obesity sweeping the country have forced a re-evaluation of the American diet, including the notion that fruit juice is a healthy alternative to soda.

That topic was taken up in a recent op-ed in the Journal of the American Medical Association. The article was written by Harvard Medical School Assistant Professor Florence Brown, director of the Joslin-Beth Israel Deaconess Diabetes and Pregnancy Program; HMS instructor in pediatrics Elvira Isganaitis, a research associate and staff endocrinologist at the Joslin Diabetes Center; and Heather Ferris, a former Joslin research associate and now an assistant professor at the University of Virginia Medical School. The three recommended that fruit juice be cut from the federal WIC (Women, Infants, and Children) supplemental nutrition program for low-income families.

The change would make the WIC program healthier for the 25 percent of pregnant American women and 50 percent of children it benefits, Isganaitis said in an interview.

GAZETTE: What is wrong with juice? When I was growing up, people always thought fruit juice was healthy.

ISGANAITIS: Juice has some healthy aspects to it. It’s a good source of vitamin C. If you’re talking about 100 percent fruit juice, it contains a lot of the vitamins and phytonutrients that fruit contains. But if you’ve ever squeezed your own juice or tried to make apple cider, you’ll know that it takes a lot of fruit to make a glass of juice. When you’re drinking a cup of apple juice, you’re having a lot more calories than you would if you just ate a whole apple. You’re boosting calories and reducing the amount of fiber, so it winds up being a less healthful choice than eating the whole fruit.

GAZETTE: We’ve heard about avoiding extra calories, but how important is the fiber we miss by choosing juice over whole fruit?

ISGANAITIS: Higher fiber intake is healthful for lowering cholesterol levels and the risk of certain cancers. Higher fiber intake at a given meal is associated with a greater feeling of fullness or satiety. It’s thought to reduce the degree to which your blood sugar levels will spike in response to a meal and help control your appetite at the next snack or meal. In general, North American diets, in particular the diets of kids, are pretty poor in fiber. So when you choose juice rather than a whole fruit you’re really missing out on a lot of the fiber.

GAZETTE: When we talk about calories, fiber, and satiety, are we really talking about obesity?

ISGANAITIS: Absolutely. Just thinking of obesity in energetic terms, it stems from a mismatch between your energy in and your energy output. So that’s really what’s happened to Western/North American food patterns over the last 30 to 40 years. There are just so many opportunities to max out your energy intake while at the same time we have become more and more sedentary. With juice being a ready source of quickly absorbed calories, it’s being scrutinized for its contribution to obesity. It’s been shown to contribute to excessive weight gain in the Nurses’ Health Study, based at the Harvard T.H. Chan School of Public Health, as well as weight gain during early childhood.

GAZETTE: Should people get it out of their heads that juice is healthy?

ISGANAITIS: Absolutely. They should continue to view fruits and vegetables as healthy, but in processing those things into juice, you really miss out on a lot of their healthful nutritional aspects. The reason we got together and wrote this op-ed is that, as diabetes and obesity specialists, we spend a lot of our time trying to dispel nutritional myths. People will often come to us having already received some nutritional information. They’re aware that they’re dealing with a weight problem or they have prediabetes. Oftentimes they will say, “I’ve cut out soda, now I only drink juice.” But you can potentially pack in the same amount of calories drinking juice as soda. Sure, you get a little bit more vitamin C, but in terms of combating obesity, you don’t really make much progress that way.

GAZETTE: The op-ed focuses on juice in the federal government’s WIC program.

ISGANAITIS: WIC is a supplemental nutrition program specifically targeting pregnant and nursing women, [different from] SNAP, the food stamp program. They’re managed a little bit differently. The food stamp program is basically a voucher program and participants are free to choose whatever grocery items they would normally buy. The WIC program is set up really to promote the consumption of healthy and nutritious foods. You actually can’t use WIC to buy junk food. The types of bread and cereals, for example, that you can buy through WIC have to be high in fiber, whole grain, no added sugar. Given that it’s set up to improve the nutritional quality of the diet of these mothers and their children, it caught our attention that WIC continues to provide juice, which I, as a pediatric endocrinologist, and my colleagues Dr. Brown and Dr. Ferris just don’t really view as a healthy food.

GAZETTE: And does the WIC population have a greater obesity problem than the general population?

ISGANAITIS: Unfortunately, yes. In this country, obesity disproportionately affects low-income populations, who are by definition the populations that are targeted by this nutritional assistance program. Food insecurity, which the USDA defines as a situation of “limited or uncertain availability of nutritionally adequate and safe foods” is increasingly recognized to be a risk factor, not for being underweight, as was previously thought, but rather for obesity and diabetes. So, even though the amount of juice that has been provided by WIC historically has gone down, by continuing to provide some juice, this is just adding one more risk factor to the many obesity risk factors this population is already known to have. 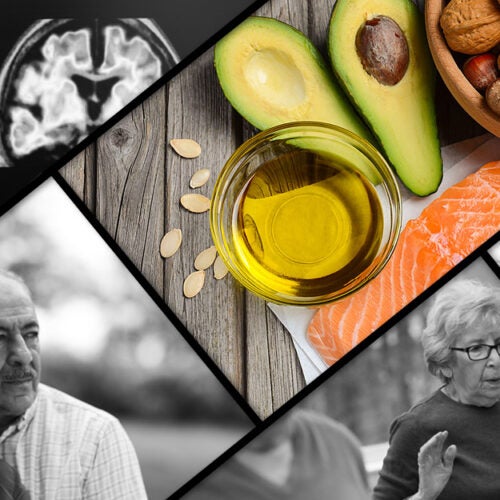 GAZETTE: Is there a review coming up during which these changes could be suggested?

ISGANAITIS: There is. The WIC food package is congressionally mandated to be reviewed every 10 years, and the framework for revisions will be released later this year. The National Academies of Science, Engineering, and Medicine recently reviewed the current WIC food package and recommended that the program increase the amounts of vegetables, fruits, fish, and whole grains, and reduce the subsidy for fruit juice.

GAZETTE: Is this an opportunity to make a dent in the broader obesity problem?

ISGANAITIS: Absolutely. Unfortunately, a really large percentage of children and mothers in the U.S. live in poverty. Children in the U.S. are 1.5 [times] more likely to live in poverty than adults. Sadly, children are overrepresented in the poor. Whereas children accounted for 24 percent of the total U.S. population in the 2010 census, they made up 36 percent of individuals living in poverty.

WIC is a program that really has the potential to impact multiple generations at once. Increasing data, including some from my research group at Joslin Diabetes Center and others in the Harvard Medical School community, are supporting the concept that a healthy mom who’s at an optimal weight as she enters pregnancy is less likely to have children who are overweight or obese or develop diabetes in later life. So, by fine-tuning a mom’s nutrition when she’s pregnant and nursing her child, you have the ability to benefit her nutrition and health as well as her children’s. It’s a really high-impact intervention.