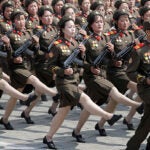 As many environmentalists and scientists worry that the United States is retreating from the fight against global climate change, acclaimed novelist Jonathan Franzen warned Tuesday that preoccupation with the issue is actually diverting attention from more immediate threats to nature.

In a talk at the Harvard Graduate School of Design, Franzen said the focus on preventing long-term changes to climate — a cause he contends has largely been lost — leaves scant resources for saving endangered species and other short-term ecological needs.

“When it comes to the environment, climate now has an absolute lock on the liberal imagination,” Franzen said. “Any attempt to change the subject, even if you are trying to change it to the epic extinction event that human beings are already creating without the help of climate change, is an offense against that religion.”

The author of such novels as “The Corrections,” “Freedom,” and “Purity,” as well as several works of nonfiction, Franzen spoke at Gund Hall as part of the Graduate School of Design’s Rouse Visiting Artist Lecture Series.

Diane E. Davis, chair of the School’s Department of Urban Planning and Design, introduced Franzen, with whom she shares St. Louis roots, as a “quintessentially urban writer, a man concerned not just with the dilemmas of modernity … but also deeply cognizant of the power of place, space, and territory in creating the context of human experience.”

But it was his passion for the environment and for protecting free speech, as well as his reflections on the current political climate, that occupied Franzen in his lecture.

Franzen, an ardent bird watcher, drew the wrath of fellow environmentalists for committing what he termed “offenses against liberal orthodoxy” in a 2015 New Yorker article on climate change and the environment. The piece expressed skepticism that the world would “take the radical actions necessary to prevent catastrophic climate change,” Franzen said, and argued we’d be too late even if we did.

Franzen also took issue with claims by some progressives that the reason the United States “can’t really get serious about reducing its carbon emissions is that fossil fuel corporations are sponsoring denialists and buying elections.” He acknowledged that this behavior occurs, but said that the issue is more complicated.

“The problem really is not that democracy is being prevented so much as that democracy is occurring. … It’s precisely the citizens in the major carbon-emitting democracies who benefit from cheap gasoline and global trade,” he said, adding that the cost of that pollution is borne heavily by people in undeveloped nations like Bangladesh.

Franzen said he saw a “silver lining” for the environment in the election of Trump, noting that such actions as the administration’s recent rejection of a petition to ban use of a harmful pesticide could “remind people that there are other issues besides climate change … that matter right now.”

A narrow focus on global warming is also a poor strategy for mobilizing public support for the environment, Franzen said.

“Ordinary Americans understand apparently better than the liberal elite does that there’s precisely nothing that any individual can do about climate change — nothing except feel guilty,” he said. “And guilt is one of the least effective human motivators.”

Franzen took aim at progressives on several other issues, including for actions he said undermine free expression. He cited recent protests mounted at the University of California, Berkeley, and Middlebury College against planned appearances by controversial speakers. Franzen said the actions amounted to “suppressing free speech.”

He also directed his ire at Americans focused on simply denouncing President Trump instead of “trying to understand and maybe win over the swing voters who responded to the Trump message of anti-elitism and anti-global nationalism.” The effect, he said, has been to “deepen the liberal silo, not see beyond it.”