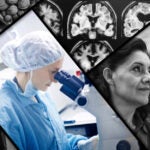 A Harvard study is challenging that idea, and breaking new ground by uncovering links between the activity of specific genes and parenting differences across species.

Led by Professor of Organismic and Evolutionary Biology and Molecular and Cellular Biology Hopi Hoekstra and postdoctoral researcher Andrés Bendesky, the study found not only that different genes may influence behaviors in males and females, but also that the gene for the hormone vasopressin appears to be closely tied to nest-building behavior in parenting mice. The research is described in an April 19 paper published in Nature.

“This is one of the first cases in which a gene has been implicated in parental care in a mammal,” Hoekstra said. “In fact, it’s one of the few genes that has been implicated in the evolution of behavior in general … but what I think is particularly exciting about this is the idea that, while in many systems we know that parenting behavior can be affected by your environment, we now have evidence that genetics can play an important role as well.”

“We know there is variation between species in how much parental behavior they provide for their young,” Bendesky said. “It’s not that one is better or worse, they’re just different strategies … but before our study we had no idea how these parental behaviors evolved, whether there was one gene that mediates all of the differences in behavior, or if it was 10 or 20.”

The idea for the study grew out of differences in mating systems researchers had observed between two sister mouse species — Peromyscus maniculatus, also known as the deer mouse, and P. polionotus, the oldfield mouse.

“Like many rodents, the deer mouse is what we refer to as promiscuous, meaning both males and females mate with multiple individuals,” Hoekstra said. “Often when you genotype a litter, you will find pups from multiple fathers.”

The oldfield mouse, by comparison, is monogamous, so all the pups in a litter are sired by one father.

“It’s been widely documented that these mice have different mating systems,” Hoekstra said. “When Andrés joined the lab, he was interested in asking the question: Do those differences translate into differences in parental care?”

Bendesky first created a behavioral assay that tracked the behavior of males and females of each species and measured how often they engaged in parental behavior such as building nests and licking and huddling their pups.

In general, the data showed that females of both species were attentive mothers. The major differences, Hoekstra said, were in the fathers. Oldfield mice fathers were as involved in raising pups as oldfield mothers, but deer mice fathers weren’t.

To test the impact of different parenting styles, Bendesky performed a cross-fostering experiment, allowing oldfield mice parents to raise deer mouse pups, and vice versa. The researchers then observed the parenting behavior of the pups when they became parents themselves.

“What we found was there’s no measurable effect based on who raises them,” Hoekstra said. “It’s all about who they are genetically.”

To investigate those genetics, the researchers crossbred the species, then crossbred the offspring, creating second-generation hybrid mice that had regions of the genome from each species.

When the team began to identify regions in the genome that were associated with behavioral differences between the species, they discovered that some effects were sex-specific, but that some regions appeared to influence a handful of behaviors. 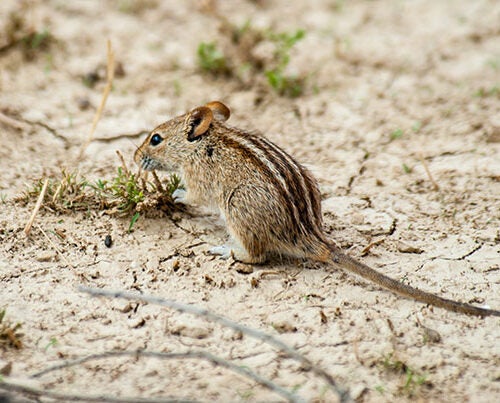 “What I find very interesting is that we found different genes may explain the evolution of paternal and maternal care,” Bendesky said. “That’s interesting because it tells us that if some mutation in a population increases maternal care, it may not affect the behavior of males. So these behaviors may be evolving independently.”

“The other significant result here is that there are some regions that affect multiple traits, and others that have very specific effects,” Hoekstra added. “For example, we found one region that affects licking, huddling, handling, and retrieving, but another that affected only nest-building.”

Bendesky turned to locating individual genes that might be linked with parental behaviors.

“We looked at expression in a region of the brain called the hypothalamus, which is known to be important in social behavior,” Hoekstra said. “Specifically, we were looking at which genes showed differences in expression between the two species. While each region might contain hundreds of candidate genes, there were only a handful that fit those criteria.”

Almost immediately, she said, one gene — for the production of vasopressin, part of a pathway past findings had linked to social behavior in voles — jumped out at them.

To test whether vasopressin affected parental behavior, Bendesky administered doses of the hormone to male and female oldfield mice, and found that nest-building behavior in both dropped. A similar experiment in collaboration with Catherine Dulac’s lab, which used genetic tools to manipulate the activity of vasopressin neurons in lab mice, confirmed these results.

The findings also open the door to new insight on the neurological circuitry involved in parental behavior.

“This gives us molecular handles to start understanding the circuitry much better,” Bendesky said. “We can see what is happening in the brain not in the abstract … but we can say vasopressin is going from this part of the hypothalamus to this other part of the brain, so we can see how the brain is organized.”