Student focuses on what it takes to make Muslim leaders 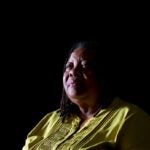 Without set of requirements, finding an imam is difficult, being one more so

In 2014, when the Islamic Society for Boston Cultural Center (ISBCC) was seeking a new imam, it cast a wide net. The Roxbury center, the largest mosque in New England, convened a 17-person search committee that represented as many demographic facets of the community as possible, from immigrant mothers to middle school students. However, as this volunteer group began to plan and discuss what it wanted in an imam, or Muslim cleric, it faced a fundamental problem, a problem that Harvard is now facing as it begins its search for the University’s first Muslim chaplain. In the United States, at least, there are no determining criteria for a Muslim religious leader.

For Nancy Khalil, a doctoral candidate in anthropology at the Graduate School of Arts and Sciences, this posed an interesting problem. Khalil, who has served as a Muslim chaplain at Wellesley College, studies the process of Muslim authority — specifically the training of imams — in the United States. With her dissertation, “Without a Profession: The Politics of Being and Becoming an Imam in the United States,” she said, “I’m trying to understand the larger issues, of regulation and authority, of religious freedom, how these impact the community. If we’re trying to understand authority, the imam is a good lens for studying that.”

The word imam translates literally to “leader,” explained Khalil. The title derives from the Arabic word for “ahead.” But while other religious leaders, such as priests or rabbis, follow a defined path from seminary to ordination, the road to becoming an imam is much less clear, especially in the United States.

“People have a general idea,” said Khalil. “But there’s no universal set of requirements, and there’s no central authorizing body to establish them.”

For Sunnis, who make up 85 percent of Muslims worldwide and the majority in the United States, three main routes have evolved, she explained. The vast majority comes from outside the United States, from Muslim majority countries, where established seminaries and traditions have created a recognized discipline, she said. A smaller number of American imams earn their reputation by studying abroad, in seminaries in Jordan or South Asia, for example, and essentially earning credentials in one of those long-standing traditions, while a smaller number attend one of the nascent seminaries that have begun to spring up in the United States.

The lack of an established educational and credentialing path, explained Khalil, has led to another problem. “If you look at the imam job ads that surface, the duties and responsibilities are endless,” she said. Mosques expect their imams to be scholars well versed in classical theology — including memorization of the Quran — as well as counselors who can guide the community through marriage and divorce, visit the sick, oversee rituals, and work with youth and family problems. “The list keeps going,” she said. “I call it the ‘super imam.’”

The result is frustration, both for the overburdened imams and the mosques that want to hire them. “The structure to professionally work as an imam or be a leader, scholar, educator here is quite nascent,” said Khalil. “It’s creating a genre of what I call the itinerant imam — people creating their own institutions through honoraria and online followings.”

This has opened the doors for the American Muslim seminaries that have begun to educate the next generation of leaders. “These seminaries are going to fill a critical vacuum in terms of regulation, which will lead to professional standards,” she said.

As part of her research, Khalil visited 12 of these seminaries and aspiring seminaries, some of which do not yet offer degrees or have accreditation. Visiting these schools and talking to both the students and the mosque governing boards and community leaders, she has done hundreds of interviews. What she has found is an evolving relationship between Muslim tradition and an American credentialing system modeled on the institutions of higher education, with its emphasis on degrees and accreditation. After all, she pointed out, our higher education institutions, including Harvard, began as training for Christian religious leaders.

How this will meld with Muslim tradition has yet to play out. “I don’t think there will be a unified agreement or blueprint for what an imam should be,” said Khalil. “The evolution of these seminaries and their recognition by the Muslim community will help make the nuance of the position more familiar.”

As a member of the ISBCC committee, she witnessed one successful resolution. After many interviews and with regular input from its diverse community, the mosque found its imam: an American-born cleric from New Jersey, who had studied abroad. As Khalil prepares for her next step — she has accepted a position at the University of Michigan, where she will be teaching in the Arab and Muslim American Studies Program — the evolution of American imams continues.

“Many of the questions I’m asking we will continue to ask,” she said. “Will the seminaries fill this vacuum? Will they become established and recognized globally? Time remains to tell.”

Nancy Khalil will present her research during the Harvard Horizons Symposium on Wednesday at 4:30 p.m. in Sanders Theatre.