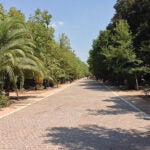 The sexual exploitation of child migrants

Maintaining global excellence, expanding access to higher education, and ensuring its affordability are the biggest challenges facing public and private universities, said the presidents of Harvard University, Stanford University, and Ohio State University during a panel discussion Tuesday hosted by the Economic Club of Washington, D.C.

Although securing financial support for academic endeavors is a major — and always difficult — part of a university president’s job, the Trump administration’s plan to impose new budgetary constraints on scientific research has made that task even harder, they said.

In the wake of last weekend’s March for Science, Drake and Tessier-Lavigne, a neuroscientist, noted that once-catastrophic diseases like polio and AIDS are now under control thanks to academic scientific research supported by such funding. Rising public health challenges, such as Alzheimer’s, will require similar resources if the nation hopes to effectively manage its rapidly aging population, the presidents added.

Too often, state and federal lawmakers consider funding for areas like scientific research and student financial aid discretionary, especially when annual budgets are tight, they said. But ensuring that citizens have access to higher education is “really [an] investment in the future, and I think that the legislatures sometimes look at them as a cost,” Drake, who has had to freeze student costs since 2015, told moderator David Rubenstein.

An ophthalmologist, Drake noted that the federal government has had a long and fruitful partnership with academic institutions to make advances in medicine, technology, and other scientific disciplines.

Some of the responsibility for the perception that such research isn’t essential falls on colleges and universities, which need to do a better job of communicating the important economic and social benefits that higher education provides, the presidents said. “One of our biggest challenges is to explain who we are and what we do and why it matters” to legislators, philanthropists, and the public, Faust said.

Since January, Faust said she has been making the case to Republican and Democratic members of Congress that fully funding the National Institutes of Health in the upcoming federal budget, an area President Trump has earmarked for major cuts, is critical to advance scientific research. She has invited lawmakers to come see firsthand the important scientific work being done in Harvard laboratories.

Recent efforts to restrict immigration and reduce the availability of work and student visas pose a grave risk to Stanford’s rich educational experience and its longstanding culture of entrepreneurship, said Tessier-Lavigne. A Canadian who was able to study in the United States thanks to a student visa, he noted that more than half of American startups today are launched by immigrants and that 10 percent of Stanford students are international. “We think it’s very important because it enriches the education of our American students,” he said.

Helping and supporting international students who want to stay in the United States after graduation through the H-1B visa program is an important concern for Harvard and has a direct effect on whether the University can sustain excellence in the decades to come, said Faust. “Openness to international students and faculty is not incidental to who we are, it’s fundamental to who we are,” she said.

Because the University’s endowments support about a third of Harvard’s annual operating budget, Faust said that taxing them would undermine the ability of Harvard and other private institutions like Stanford to ensure that students can afford to attend regardless of their financial circumstances.

Confronting and preventing sexual violence on campus is another priority at the three schools, the panelists said. In the wake of troubling findings in a 2015 national survey, administrators have stepped up efforts to better inform students about consent and diminish the embarrassment some affected students feel, which interferes with reporting incidents or seeking support.

After Rubenstein asked why anyone should get a degree from Stanford or Harvard when successful people like Google founders Larry Page and Sergey Brin, Facebook’s Mark Zuckerberg, or Bill Gates of Microsoft dropped out before graduating, Faust insisted the ideas incubated and the friends they made while on campus left an indelible mark.

But on the nagging question of which school a high school student should attend after getting into both Harvard and Stanford, Faust was emphatic in quipping: “Ohio State.”