Mimicking life in a chemical soup 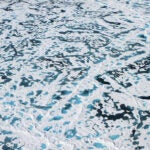 A Harvard researcher seeking a model for the earliest cells has created a system that self-assembles from a chemical soup into cell-like structures that grow, move in response to light, replicate, and exhibit signs of rudimentary evolutionary selection.

While the system, developed by senior research fellow Juan Pérez-Mercader, mimics what one might conceive of as early cell behavior, a major caveat is that its main component is a molecule not typically found in living things.

Pérez-Mercader said that is by design. A physicist by training, Pérez-Mercader initiated the work to follow up on a paper he wrote in 2003 discussing mathematical models for some of the basic properties of life. The recent work, described in the open-access journal Scientific Reports, is an attempt to use chemistry to translate those mathematical models into the real world, he said.

“I am trying to build something that mimics life in a completely artificial way,” Pérez-Mercader said.

Pérez-Mercader came to Harvard to join the Origins of Life Initiative, a University-wide effort involving researchers across Schools and disciplines. Work ranges from investigations into the still-murky processes by which life first arose to study of exoplanets far from Earth.

Life has four main attributes, Pérez-Mercader said. It stores, communicates, uses, and replicates information — as in the data held in DNA. It has metabolism that allows it to make its own parts. It is capable of self-replication. And it is capable of evolving.

“Life … does all those things based on chemistry. If there is any chemistry that does all of the above, and is not the known biochemistry, we are searching high and low for [it],” he said.

The ability to separate from the surrounding environment is a key component of any living system, Pérez-Mercader said. This allows the chemistry of life to occur in an encapsulated structure, which keeps it from diffusing into the surrounding environment. The work of other researchers in this area has included creating rudimentary cells via fat molecules, which are used in cell-building by living things. Pérez-Mercader sought to strip the process to its essentials to better understand the basics.

“You do need to have something that generates that compartmentalization. So we said: ‘Can we build the compartment in a simple way?’” Pérez-Mercader said.

To create the system, Pérez-Mercader worked with Anders Albertsen, an associate of the Department of Earth and Planetary Sciences, and Jan Szymanski, a former postdoctoral fellow at Harvard, to create a chemical soup made up of 2-hydroxypropyl methacrylate. They added ruthenium, a light-sensitive metal, to make the molecule respond to light. The modified molecule tends to link with others into long repeating chains called polymers, with one end repelling water and the other attracting it. That interaction with water causes the polymers to line up, and ultimately form vesicles.

The system is activated by blue light. Over the course of several hours of exposure, the monomers link together to form polymers, and the polymers line up to form spherical vesicles, with some approaching the size of natural cells. They grow due to osmosis until they pop and then begin growing again.

“By five hours the mixture changes,” Pérez-Mercader said. “By six hours it becomes turbid. Out of the homogenous mixture develop these containers. The containers implode and grow again, they begin to do these very interesting things.”

The regenerative behavior is what led Pérez-Mercader to the description “phoenix vesicles,” after the mythical bird that burned up in its nest and was born again.

In addition to the ability to form spontaneously and replicate, the vesicles are attracted to light, and tend to cluster near the light source. Over time, larger vesicles dominate the population, Pérez-Mercader said, indicating that a form of selection is at work.

Aside from any potential lessons about early life, Pérez-Mercader said the findings could be useful in creating a self-assembling delivery system in industry. He said he plans to continue the work with more complex vesicles and include some active chemistry in their interior.

“The implications for the origins of life to me are very interesting, though they still need to be explored,” he said.