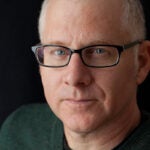 The piece, composed in honor of the gay University of Wyoming student who was murdered in a hate crime in 1998, is dramatic and moving simply by the nature of its genre-crossing stylistic outreach. But this particular performance of the fusion oratorio promises to be even more so.

As the show nears its finale, members of the audience will stand. These audience members — Harvard students, 110 of them in groups of seven or eight — will begin to sing, adding their voices to those of vocalists from the Boston Conservatory at Berklee to swell the emotional climax of the piece.

The involvement of the Harvard Choruses is designed to spread a message of “unity and inclusion,” said Andrew G. Clark, a senior lecturer in music and director of choral activities. This is true for the student musicians, as well as the audience. And for many of the Harvard singers, it will be a welcome return. About 150 members of the student ensembles performed the work in its entirety in April.

“It was a really powerful experience,” said Michael Leonard ’17, a tenor with the Collegium Musicum. Leonard participated in April and will be one of the student singers at Symphony Hall. “What struck me was how relevant the material is today, with violence against LGBT people,” he said. “It feels important to think about the message of the piece today.”

The show is the first major collaboration of the new joint degree program between the Faculty of Arts and Sciences and the Boston Conservatory at Berklee (formerly Berklee College of Music). As Clark explained, the Harvard group was invited “because we had performed the work before and because of the new partnership.”

Clark sees Shepard’s youth as one reason the piece has a special resonance for the student performer. Shepard was only 21 when he was killed, roughly the same age as many of the Harvard vocalists. In addition, said Leonard, the readings — some voicing the words of Shepard’s parents, others the words of the Westboro Baptist Church protesters at his funeral — were “very difficult to sing.”

Overall, Clark explained, “the students were emboldened to think and act upon these issues of inclusion, prevention of hate crimes. Many of our students were sharing ways they could get involved. It kind of catalyzed their spirit of advocacy and activism.”

That spirit is, if anything, more relevant today, Clark said, speaking during the first week of the Trump administration.

“We came back to this music that maybe two-thirds of our students had performed back in the spring of last year,” he said. “It was really powerful to reconnect to all of the emotional associations we had with that experience and at the same time consider what it means today — to rehearse a piece on the same day in which it’s announced that we’re going to build a wall and cut off funding for sanctuary cities.”

Ultimately, the show welcomes listeners of all ages, with a bold blend of recitation and both classical and contemporary styles.

“It does have a resonance or a connection with choral music history while also innovating in really important ways,” said Clark.