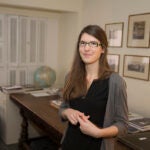 Syria’s civil war, now under a fragile cease-fire, has claimed hundreds of thousands of lives and left widespread devastation, including a health care system in crisis. Rebuilding that system will require replacing at least 1,000 doctors, nurses, and other health care workers who have disappeared or been killed, according to Jennifer Leaning, a Harvard expert on the health impacts of warfare.

Leaning, the François-Xavier Bagnoud Professor of the Practice of Health and Human Rights, was one of three co-chairs named last month to lead a 15-month study by the medical journal The Lancet examining the war’s consequences for health and society.

The Gazette asked her about the prospects for peace and recovery in Syria.

GAZETTE: Are stability and peace essentially the best prescription that any doctor could write at this point for the people of Syria, almost under any leadership? And then a follow-up: What’s your sense of how promising this latest cease-fire is?

LEANING: Depending on the extent to which the armed groups under [Syrian President Bashar al-]Assad engage in wipeout tactics under the cover of the cease-fire, it might hold for a bit. If, under the cover of the cease-fire, Assad is still going after rebel forces and opponents, then I believe you’ll see people trying to move out of the way. I think there is enormous hatred that may be fueled if Assad does not move quite carefully not to provoke it. We don’t know a lot about what people are thinking now in Syria. There’s kind of a stunned silence. People I know who are moderately well-connected are saying that there’s a dearth of formal news, but much on Twitter and What’s App. I think people are coming out of holes and trying to account for who’s dead and who’s missing and trying to find food and maybe trying to find ways to put a little bit of distance between them and the armed groups, let alone the regular forces of Assad.

It seems quite fluid and unstable. In the longer run, if the cease-fire holds, it could be a very bitter stability and not really a peace. From what we know, Assad is reviled by the majority of the remaining population. There has been a high death rate and a high expulsion rate. So I think this is a temporary place, very tentative, not as dangerous as the acute bombardment of the war, but dangerous from the standpoint of uncertainty about what’s going to come next.

GAZETTE: Because you have a little bit of breathing room here …

LEANING: Coming back to your question the long way — is the prescription peace and stability? The prescription first is stability. But given how many promises have been broken and how much hate has been incited, peace is a long way off. And, in this stability that may come — it may still include low-intensity war and oppression — it’s a bit too tentative to be talking about return [of refugees], let alone rebuilding. So we’re in a limbo here. And I don’t believe anyone can predict how long this uncertainty will continue.

GAZETTE: You’ve recently been named to a commission to examine unmet health needs in Syria. What can you tell us about the commission and its goals?

LEANING: I’m a co-chair of the commission, with two other co-chairs from the American University of Beirut. This Lancet Commission is looking at the overall issues of health and population impacts of the war in Syria. The remit is quite broad. We had a meeting [in Beirut] in December for two days and there were about 20 commissioners there and another 20 authorities on various topics who were invited. The scope of what we are trying to cover is vast and important.

GAZETTE: Is the commission looking solely at unmet health needs or will it go beyond that to touch other areas that affect health?

LEANING: It covers a much broader range of issues. We’re looking at several thematic groups that need to be independently deployed but linked quite closely by us as the three co-chairs.

One is going to look at the problems of delivering care in Syria and to refugees. It’s going to look at the destruction of the [health care] system and the strategies that were used by actors on many sides to try to reach people and take care of civilian populations in the context of a fairly brutal and lawlessly waged war. The cost of rebuilding under various projected scenarios will also be looked at: what has actually been destroyed and what the cost might be to begin to rebuild. It includes a significant loss of manpower, easily 1,000 doctors and nurses — and that’s probably an underestimate.

There will be also a very large burden of disease, of injury, and long-term rehabilitation, because the survivors have amputations, paralysis, head injuries. The longer-term issues of rehabilitation are going to be extremely expensive and burdensome. Then there’s been destruction of facilities: hospitals, training centers, and universities. They need teachers. Over half of the population of Syria is elsewhere now, either in refugee centers or displaced within Syria, having lost everything and fled. 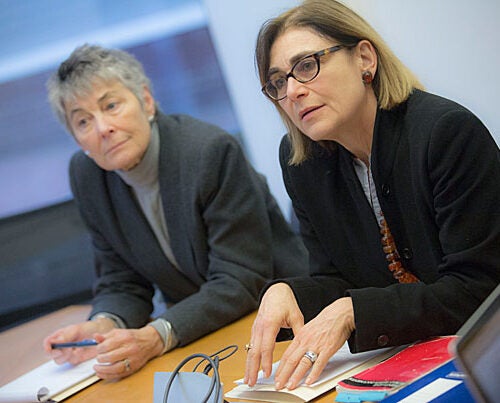 Courses will train officials to help save those exploited globally

We have not yet been able to get in to know how much damage has been done, but what we can see — by satellite, by report — is taking Syria back at least 30 years in terms of its towns, its cities, and its health systems. The cost of just training people to fill the gap of the physicians, the nurses, and other ancillary health personnel who died is going to be enormous.

GAZETTE: What other aspects will be examined?

LEANING: There will also be a discussion of what help the outside world, the international humanitarian community, brought in to support the civilian population. Another big category is going to be on refugees and forced migrants and those internally displaced in Syria. That will look at the circumstances of the refugees in the host countries of the region as well as, in a more general way, the issues facing those en route and [moving] into Europe. An additional section will focus on what has been lost in Syria itself: the fracture of society and dismemberment of cities, the aerial bombardment of structures that include museums and libraries and institutions of learning and ancient ruins.

These issues have contributed to a sense of isolation and intellectual impoverishment among many in the region … and a sense of avoidance from the other parts of the world. This is all very important when we think [about] the astonishing failure on the part of the international community to try to make something happen there.

GAZETTE: Is it possible, or even preferable, to not pick sides as you’re going through this — to disentangle health from the political?

LEANING: I think we will have to deal with politics because this war is highly complex with many actors. An argument would begin with the recognition that Syria was heading into crisis from the drought that really became intense in 2006-2007, and rigidity and an absence of options coming from the Assad regime. Then came the forced migration of Syrian farmers in the northeast because of economic collapse from the drought. Over a million of them came into the cities in western Syria, which are the Alawite cities and more pro-Assad. You had a million Sunnis who are not so pro-Assad come into these cities in 2010 and early 2011. They joined over a million Iraqis and other refugees from the Iraq and Afghan wars. This burden on housing and jobs and even food led to the riots in the streets, the graffiti, and then the unbearably brutal crackdown on the children and teenagers that Assad meted out in March in 2011. That was the spark that led to this popular uprising, which became this very complex internal war, which has become internationalized.

So, had the international community cared enough to have paid attention, could there have been ways to stop the escalation as it was brewing in the years before 2011? Or even beginning in 2013, with the chemical weapons attacks? Could there have been an intervention that halted some of the slide into brutality?

There will [also] be some conceptual contributions around how public health turns out to be an excellent way to look at war in all its parameters, if you take public health broadly, in terms of human well-being and human suffering. Another source of debate is going to be on the concept of early warning, in terms of a sentinel event that something bad is going on — the first case of polio at the start of an epidemic — and what modes of intervention could be brought to bear.

GAZETTE: What about the return of the refugees?

LEANING: Who’s coming back is going to be a very big question. Then, the cost of rebuilding is going to be immense. It’s going to take a great deal of money and where that will come from is another question.