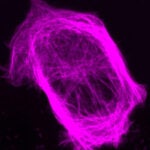 Viral infections may have met their match

Courses will train officials to help save those exploited globally

An estimated 2.4 million children in the world are exploited sexually, and 300,000 are child soldiers. Millions more children toil in virtual slavery in private homes, in agricultural fields, in mines, and on fishing boats.

Those dismal statistics are an indication that the global system of child protection isn’t working. But François-Xavier Bagnoud (FXB) Center for Health and Human Rights of the Harvard School of Public Health (HSPH), together with the United Nations Children’s Fund (UNICEF), is working to fix it.

“It really is a broken system,” said Jennifer Leaning, the François Xavier Bagnoud Professor of the Practice of Health and Human Rights and FXB Center director.

To help address the problem, the FXB Center is creating a suite of five classes focused on child protection as part of the curriculum for HSPH’s master’s degree in public health. Led by Leaning and Jacqueline Bhabha, FXB Center research director and professor of the practice of health and human rights, the program will be a sub-concentration in the public health program situated in the Humanitarian Academy, which offers courses in disaster response.

The program will be one of the first interdisciplinary graduate programs in child protection and will train a new generation of leaders in the field. It also will begin to build a foundation of research and teaching to strengthen the theory and policy of child protection.

Though the courses will be open to students at HSPH, a key element of the program will involve building leadership skills among experienced practitioners in developing nations. To foster their growth, the program will offer scholarships to three mid-career child protection professionals from nations in “the global south.”

Two of the courses will launch next spring, and all five will be in place by fall 2014. The program was designed in collaboration with UNICEF, with that agency’s chief of child protection, Susan Bissell, providing important impetus, Bhabha said. Bissell contacted the FXB Center two years ago out of a belief that the field needed a stronger academic and research foundation. Leaning and Bhabha agreed.

The courses will cover: management, budgeting, and administration; gender and reproductive rights; juvenile justice; human rights and child protection; and children as émigrés and refugees, fleeing wars and disasters. The program has an international advisory committee, co-chaired by Bissell and HSPH Dean Julio Frenk.

The program’s initial development, as well as the three scholarships, have been financed by an anonymous donor, Leaning said. Additional development is planned. Within two years, Leaning hopes to offer the curriculum to other universities, especially those in developing nations. Faculty will develop online versions of the courses, which could be offered through the collaborative online course initiative edX. Students at universities around the world would be able to watch lectures created at Harvard, and then discuss issues raised with their local instructors.

The problem the courses aim to address is enormous. It is global and involves populations both in developing and unstable nations, where trafficking is known to occur, and in stable, industrialized countries, where it takes place under the radar. The concern also includes populations that are institutionalized, such as children in group homes or prisons.

Some children labor in mining or agriculture. Others are domestic servants, or even prostitutes. The problem among the refugee community alone is enormous, Leaning said. There are 40 million refugees and internally displaced people in the world, 80 percent of them women and children. Many were displaced years or even decades ago, and, unable to go home, have lived in refugee camps in host countries unwilling to accept them as permanent residents.

Unable to earn a living, families become mired in poverty and dependent on aid, their children at risk for exploitation.