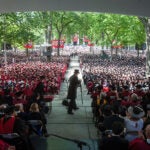 Two days after learning that she had been nominated for a second Academy Award, Octavia Spencer was back in the limelight today when she came to Harvard to receive the Hasty Pudding Theatricals’ 2017 Woman of the Year award.

The veteran film and television actress, whose latest Oscar nomination is for best supporting actress for her role in the film “Hidden Figures,” was presented with her pudding pot at Farkas Hall during a day of irreverent festivities in her honor that included a parade through the streets of Cambridge, a celebratory roast, some raucous skits performed with Hasty Pudding members, and a live-streamed press conference.

Reflecting on her eventful week during the press conference, Spencer called the Academy Award nomination a “big surprise.”

“And then to find out a week ago that I would be here celebrating with you guys … I feel overwhelmingly blessed.” 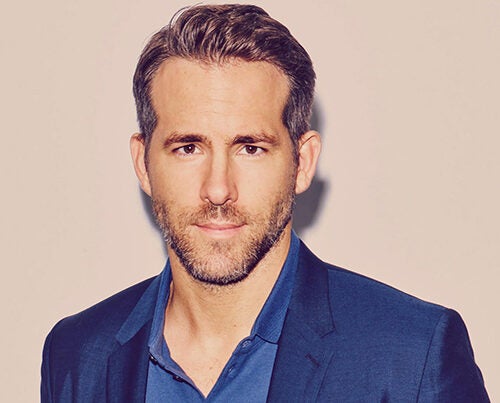 The Hasty Pudding Theatricals, the oldest theatrical organization in the country, has been awarding its pudding pot annually since 1951 to performers who have made lasting and impressive contributions to entertainment. A Man of the Year award is also presented, with actor Ryan Reynolds set to receive it next month.

“This is so humbling,” Spencer said, asked what it was like to join such past award recipients as Elizabeth Taylor and Lucille Ball. “It came out of left field.”

In “Hidden Figures,” which is based on a true story, Spencer plays the leader of a team of three African-American female mathematicians, or “human computers,” who made significant contributions to the success of NASA during the early 1960s.

Acknowledging she was a “nervous wreck” as she awaited word of whether she would land her second Oscar nomination, Spencer said, “For this role, for this group of people we are portraying, it’s sweeter the second time around.”

Spencer, 46, won the 2012 Academy Award as best supporting actress for her performance as Minny in “The Help,” a movie set in the Civil Rights era.

For all her acting success, Spencer said her dream role “is that of a producer, a woman behind the scenes who creates roles for diversity in film. When I say diversity, I mean I want to see women of all shapes and sizes, people of all shapes and sizes. It’s about creating a landscape that demonstrates what our society is as a whole.”

Her advice to young women of color aspiring to be performing artists?

“Train,” she said. “It’s like being a boxer. It’s like being a runner. It’s a long haul. It took me 15 years to become an overnight success. So you have to buy a good pair of sneakers and train. If you stay in the race long enough you will win a race. The question is, will you be persistent at it?”