Finding comfort at home and here 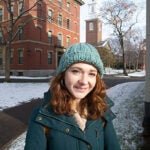 I joke that I never really became a Californian until coming to Harvard. In many ways I fail to meet the stereotype. I don’t surf, I don’t really like the beach, I’m neither blond nor tan. Yet in my first semester at Harvard, I strove with all my might to adopt a certain coolness and mien that I thought was just Californian enough. I wanted to ensure that people knew where I was from.

My freshman fall at Harvard brought me a plethora of new and exciting experiences. I took a course on LGBT literature, something unknown in my conservative, Catholic high school. I established friendships of remarkable depth and breadth, a feat I had not imagined possible in such a short span. I even met a Nobel laureate while walking back to my dorm one day — not a probable occurrence in suburban Orange County, Calif., which I call home.

While I was grateful for all that Harvard was giving me, the novelty and unfamiliarity of college made me cling to my Californian identity all the more. The source of this self-categorization is just as clear to me now as it was then. I had homesickness, not a debilitating case but one more latent, hovering always just below my consciousness. The newness of everything, while exhilarating at times, was utterly exhausting at others. The seeming uncertainty of my existence at Harvard — What will I study? Will these new friends be there for me? How do I do this “adulthood” thing? — made me crave the more stable, more predictable life I had left behind.

Indeed, I quickly came to miss the things all of us associate with home — friends, family, one’s own bedroom — and the more superficial and yet unique aspects of my home just as much — the palm trees, sunshine, six-lane freeways, my favorite restaurants. I longed for the very feel of life in California, which, as clichéd as it may sound, is indeed radically different from that of Cambridge, with its cold and constant commotion. The very moment I landed at LAX in mid-December after finishing finals, then, brought joy as I returned to familiarity and comfort, to all the things I had missed even if I never thought I would.

Yet as break wore on, I found myself becoming more and more frustrated with life at home. Suburbia’s values and pace of life seemed increasingly incompatible with my own. Whether I realized it or not, I had changed so much more in my three months away from home than I could ever expect. The day-to-day of life in Orange County — going to the gym, shopping at the mall, taking a day trip to LA — simply paled in comparison to my newfound academic, extracurricular, and social concerns. It was almost as if home and Harvard were in a race, and the former had failed to keep up. 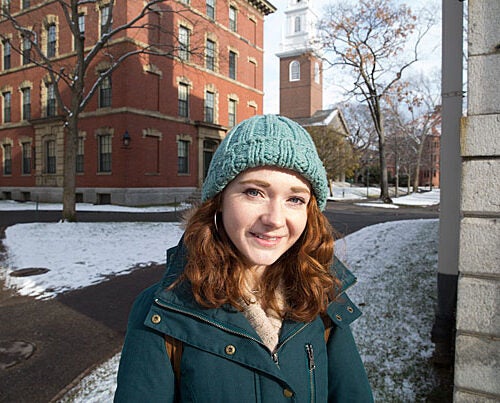 A Harvard undergrad reflects on both leaving home, and not

Moreover, returning for the holidays compelled me to face old demons, uncomfortable aspects of life at home which I had not settled and about which I could simply forget while at school. Time with family showed me I was perhaps not the best son, brother, nephew, cousin, grandson that I could be. While there was a certain comfort in simply being able to pick up relationships with friends where I had left them off, this also meant I had to work through complex emotions and tensions with these same people. And being back in Orange County, even if only for a month or so, left me no choice but to face the conservatism and Catholicism with which I had struggled for so long.

The radical differences in environment and matters of personal concern between my lives at Harvard and at home seemed to demand that I adopt a different identity at each locale. In Cambridge, despite the novelty of everything, I was finally gaining confidence and a sense of self-worth I had never possessed before. In Orange County, my life seemed inundated with pedestrian affairs, trapped in the same tormented drama of high school.

But as time has progressed and I have now returned home on multiple occasions, the two halves of my once-bifurcated existence have slowly but surely converged. Realizing that one life is easier to lead than two, I have actively attempted to catalyze this process, introducing friends from school to those from home, communicating with all the important people in my life on a regular basis regardless of their or my location. Moreover, the more time I spend at Harvard or at home, I become increasingly aware of how I can improve my life and relationships in the other place. Conversations with peers at school have inspired me to become a better member of my family. FaceTime calls with my best friend across the country have mitigated the academic and social struggles of college.

Moreover, each time I return home, I find I am better equipped to fend off boredom, frustration, and those old demons. Though not without plenty of doubt and questioning, my time at Harvard has made me more certain about who I am as a person and what I value. College has made me more aware of where I can grow as a student, citizen, and friend.

Dean Rakesh Khurana invites all students to make their four years at Harvard College a “transformative” rather than a “transactional” experience. This, of course, can take many forms — discovering an academic passion, participating in activities for personal rather than career development, etc. I’d like to think, however, that the metamorphic powers of Harvard often penetrate a student as a human being. Of course the varied experiences we students bring to Harvard constitute one of this university’s greatest assets: its diversity. But, in a similar fashion, the growth and knowledge we find at Harvard stick with us as we travel the corners of the Earth to return home during our breaks. At least in my case, Harvard and home are, then, symbiotic. Distance from home, while difficult, has certainly made my heart grow fonder of it. But thanks to Harvard, this distance has also made me so much stronger as well.