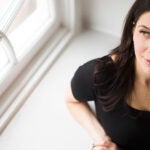 New research by Derek Miller, an assistant professor of English, spotlights Broadway productions “that are not outstanding either in their glory or their failure, but were born and died decidedly average.”

Miller sees these mediocre efforts as critical to fuller understanding of the evolution of art and the nature of artistic competition. In a Gazette interview, he talked about “average Broadway,” what makes “Hamilton” ordinary, and why macro thinking deepens our appreciation of theater.

GAZETTE: How did you come to be fascinated about what big data has to say about Broadway?

MILLER: I was teaching a new course, “American Plays and Musicals, 1940-1960,” and was struck by the relationships among so many mid-century Broadway plays and musicals. It was easy to take a bunch of musicals and find a non-musical play that spoke to the same themes or involved similar characters. So I began to wonder: Is there a way to see the full context of those shows? If you were going to see “Death of a Salesman,” what else was playing on Broadway at the same time, and how might those shows speak to Arthur Miller’s play? So I began gathering and working on data. It’s easy to calculate how long a show ran, and I started thinking about genres and then branched out to other things such as cast sizes and production staff billing.

MILLER: The resources to produce any art — time, space, money, talent (meaning both people and works), and attention (audiences and critics’ prizes) — are scarce. Productions compete for those resources, and that competition acts as a constraint on what artists can do and what audiences expect and like. We can’t see that competition by looking at individual shows. The only way to see that is to look at it on a macro scale.

GAZETTE: You seem to be saying that, traditionally, the study of Broadway has been driven by anecdotes. Can you give an example that states your case?

MILLER: Sure. By itself, every show looks like a miracle, its own universe. But, in fact, every show has aspects that are unique and original, and elements that are common or predictable. In telling an evolutionary narrative, we overemphasize what’s original about extraordinary works and undersell the normal and expected aspect of most shows, including those that are exceptional.

Let’s take “Hamilton” as an example. It is, in many ways, a marvelously new work on Broadway. But of course it has many historical antecedents. In a typical analysis, we might acknowledge how Lin-Manuel Miranda uses rap as a novel musical form, while also recognizing his narrative’s indebtedness to shows such as “Jesus Christ Superstar” or “Evita.” That’s still an important story about “Hamilton,” but it’s a story focused on “Hamilton” as emerging from a musical theater tradition that both imitates and transcends. For all of the show’s originality, “Hamilton,” like every Broadway show, has a lot of things about it that are just how things are done on Broadway today.

GAZETTE: So what is the value in having data about what is common, or even mediocre, in theater?

MILLER: Put simply, most art is mediocre, and any history of art that cannot account for mediocrity fails to grasp how artistic systems actually work. Sometimes, this context will merely underline or clarify things we already know from studying extraordinary work. But sometimes attending to the mediocre context keeps us from overreliance on anecdotes and exceptionalisms. This is particularly important when examining the economic history of the theater.

For instance, Michael Riedel’s book “Razzle Dazzle” explains the history of the Shubert Organization (Broadway’s largest theater owner and sometime producer) from the 1960s to the 1980s. He conducted a massive number of interviews and read widely in contemporary reporting. He ended up with a vivid, funny story about how a new generation of Shubert executives saved Broadway with the advent of the mega-musical in the 1980s.

The only problem is, his story is wrong. In the 1970s, theater occupancy rates were abnormally high. So, if you own lots of theaters like the Shuberts did, you’re happy because you don’t have empty real estate in midtown Manhattan. But at precisely the time Riedel says the Shuberts had recovered in the early 1980s, theater occupancy rates actually dropped off. The Shuberts might have made fistfuls of money producing and hosting “Les Misérables” and “Cats,” but their theaters were far emptier overall than they had been the previous decade. This might represent a shift in their business model (risking more to find fewer hits) or a financial crisis that Riedel missed. But whatever happened in the 1980s, the story is not as clear as Riedel’s interview-based book would have it. It’s a lovely argument, but it disguises how thoroughly the Shuberts must have relied on these few musicals because they couldn’t get anything else into the theater.

GAZETTE: Is this kind of analysis long overdue? Or is there irritation in the sense that this data rewrites some long-held views about Broadway?

MILLER: I’ve been extremely grateful for the reaction of colleagues on campus and at professional conferences. The best criticism I’ve heard, with which I’m fully in agreement, is that we must not simply rely on data to tell the story either. Data can and must be part of what we do, but it shouldn’t be everything. There’s plenty of space still for older analyses and for new forms of critique. What I hope this data work will do, no matter how you like to think about theater history, is help us rethink some of the categories we’ve allowed to organize our historiography.

For instance, we are all tempted to focus on decades. But is a decade a good way to think about theater history, really? Data can help you think about where those divisions might lie. And data can also help us be more precise when making claims about, say, the Vietnam War’s influence on theater. A typical argument might go something like this: In 1968, with the premiere of “Hair,” more shows appeared that dealt with the Vietnam War. Now, with data, we can ask: Is that true? We don’t know what percentage of shows before 1968 were directly or indirectly about the Vietnam War. If we look at the data and can surmise that the same number of plays dealt with war from 1960 to ’68 as from 1968 to 1975, then we need to think differently about the war’s effect on Broadway theater. Data can help us avoid such errors of generalization.

GAZETTE: So Broadway’s flair for dramatic narratives is what keeps facts at bay? And is it also less exciting to factor mediocrity — or even failure — into the equation?

MILLER: Any narrative still needs its protagonists. You can’t tell a coherent history of musical theater without saying something about “Oklahoma!” or now “Hamilton.” But we can resist the habit of treating these shows as the content of theatrical history. Most theater-making, most art, is just not that good, even art by the greatest artists! (How many of Beethoven’s 143 folk song arrangements have you heard of?)

There’s a great deal of luck and of failure in all art-making. Artists know this. Producers know this. The year “Oklahoma!” became a huge hit, producer Oscar Hammerstein took out a charming ad in Variety’s Christmas issue listing his five previous shows, every one a flop. There was no mention of “Oklahoma!” — just this message: “I’ve done it before and I can do it again.” He knew he was the same man who’d made those forgotten shows. For so many reasons out of his control, “Oklahoma!” caught fire. That’s what making art is. It’s not, simply, “Hamilton” happens.