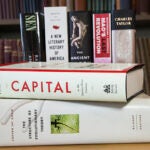 An asylum applicant from El Salvador who was extorted by gangs back home is reluctant to share those stories in court for fear of retaliation against relatives who stayed behind.

A divorce client who has suffered physical and emotional abuse needs to be informed about filing restraining orders, child support, and alimony.

A wage-and-hour plaintiff is afraid of being questioned by a judge about his immigration status because he could be deported. 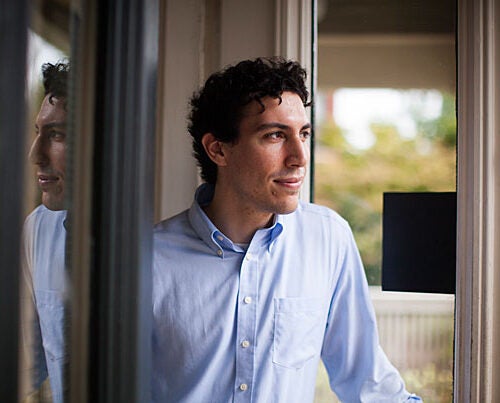 In lives of others, a compass for his own

Those are actual cases that Harvard Law School (HLS) students practiced in a role-playing exercise in a classroom in Wasserstein Hall. The scene could have taken place in any regular law course that uses simulation drills to give students practical experience in interviewing and counseling clients.

But this is not a regular law class.

Welcome to “Spanish for Public Interest Lawyers,” where students learn legal terms in Spanish that are critical in their interactions with clients in Greater Boston who speak that language.

Open to HLS students with advanced Spanish skills, the course was first offered in 2007 in response to students who wanted a class specifically focused on legal terminology, said Lisa Dealy, assistant dean for clinical and pro bono programs at HLS. “So many of our clinics have Spanish-speaking clients,” she said.

For students, the course provides critical skills to establishing better rapport and direct communication with their clients, sometimes getting around interpreters who are often overbooked. In the class, which is entirely in Spanish, students learn legal terms they have never come across in their previous Spanish lessons.

Juliana Ratner, who will graduate next year with a J.D., took Spanish as an undergraduate and has traveled to several Spanish-speaking countries, but only this fall learned the Spanish terms for “arraignment,” “dismissal,” and “probation.”

“Now I’m able to explain what happens during the trial and what it all means to my clients,” said Ratner. “There are many legal terms that even English speakers aren’t familiar with. When you’re a lawyer, it really matters to get things right.”

To do that, students practice the new expressions in imaginary legal scenarios, rehearse the “know your rights” presentation, or go through a subpoena agreement in Spanish, learning a skill set more nuanced and important to their jobs than a vocabulary list. By becoming familiar with such concepts, it’s easier for students to keep their composure, project confidence, and earn clients’ trust, said Dan Lasman, who is in the second year of earning his J.D.

“As a lawyer, you should conduct yourself as the expert,” said Lasman, who learned Spanish in college and in Madrid. “You may feel insecure when you’re speaking in a language in which you’re not entirely fluent. But as long as you do your best, you can build trust, which is key for a healthy client-attorney relationship.”

The course’s instructor, Joey Michalakes, J.D. ’16, encourages students to feel comfortable making mistakes when speaking Spanish with their clients. The stakes are high, yet the gains are real, he said. “People misspeak in their native language all the time,” he told students. “It’s far worse if you don’t try.”

Though the class focuses on legal terminology used in civil and criminal law, Michalakes also occasionally reviews grammar rules. On a recent night, he spoke about the use of the subjunctive and the future conditional.

“In this business, someone at some point is going to ask you what’s going to happen,” said Michalakes, who learned Spanish in Chile and worked as a bilingual elementary school teacher before becoming a lawyer. “If you know how to use the subjunctive, you can give legal advice to anyone.”

To prove his point, Michalakes asked students to translate sentences using the subjunctive. Some of the sentences dealt with immigration issues, as in, “If you had a criminal record, it would be harder for you to obtain legal status,” “If we do not receive the documents from the border patrol, we will file a motion in court,” and “Where would you live if you were deported?”

Clients often react with a mix of surprise and delight when they hear HLS students speak Spanish, and both students and clients recognize that their relationship is better after overcoming the language barrier. Said Michalakes, “It makes us better community partners.”

It also allows the cases to move faster, said Ratner, who feels more useful when she doesn’t have to wait for court translators. The bond between the lawyer and the client is immediate because they speak the same language, she said. “Anything you can do to have someone trust you and to help you communicate better is important,” she said. “All the students want to serve the community better.”

Lasman shares that sentiment. He relishes seeing his clients’ relief when he speaks Spanish. “Languages builds bridges,” he said, “and allow a more direct interaction and a more real communication.”

And although that communication sometimes is fraught with glitches, Lasman said the benefits of speaking a second language allow him to reach a much broader range of client, outweighing the complications.

“More often than not, my clients are impressed by my ability to speak Spanish, but they definitely like to make fun of my accent,” said Lasman. “But I can deal with that.”