In ‘Fingersmith,’ lead role for lighting 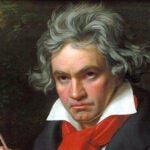 Designer talks about her vision for A.R.T. adaptation of Waters novel

It’s an oft-overlooked part of the theater experience, but without it, the audience would be stuck in the dark.

As the lighting designer on the American Repertory Theater’s “Fingersmith,” a Victorian England-set thriller full of twists and turns, Jen Schriever knows her craft doesn’t captivate like a scene-stealing dance number or a mesmerizing monologue, but she’s obsessed with it nonetheless.

One of lighting’s key roles “is to transport us moment to moment,” said Schriever, taking a break from one her final technical rehearsals at the A.R.T.’s Loeb Drama Center.

For “Fingersmith,” on the Loeb’s main stage, her lighting is in overdrive. With only one main set to work with, Schriever and the design team had to get creative, using lighting not just to convey feeling and mood, but also to quickly and frequently shift locations — from a series of rooms in a London slum to the expansive hallways and library of a vast countryside estate to a garden, a graveyard, even a gallows.

“This is one prime example of why lighting is so important,” said Schriever, adding that the lighting-enhanced scene changes take the actors and the audience to close to “20 different locations” during the show’s 2½-hour run time.

Video projections feature prominently in the set design of “Fingersmith,” which is based on Sarah Waters’ 2002 novel. Onstage a scrim fills with the image of a full moon or the dark silhouettes of gravestones. Schriever worked closely with projection designer Shawn Sagady to use lighting to help amplify the images, their sense of scale, and their ability to convey movement from one location to the next. 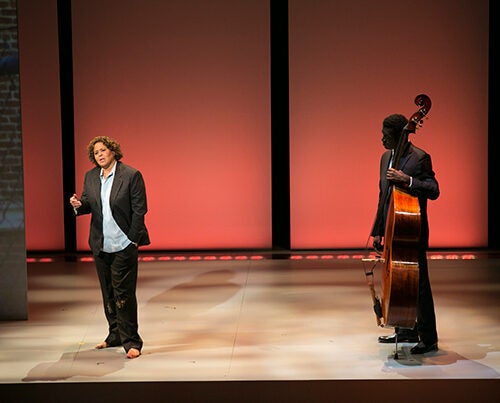 “It’s just important that the image being projected is integrated with the set … it’s beautiful when it fits together.”

Highlighting those evocative projections sometimes calls for as little light as possible. During a number of violent scenes involving a small curtain and a macabre magic trick, Schriever’s job was to “artfully get out of the way.” Certain visual tricks work best in the dark, she said.

At other times her role is to use lighting as a sleight of hand or a focal point, distracting the audience during a scene change, or making sure they see exactly what is unfolding on stage.

For Schriever the week of previews was all about perfecting transitions in the show — ensuring that the lighting synchs with the music, the quick costume changes, and the movement of actors to help create a seamless production. It’s a largely computerized process, one she refers to as a “complicated, integrated, fully disciplined ballet.”

Help has come from a talented group of collaborators eager to offer up suggestions and listen to hers, including the show’s director, Bill Rauch ’84, who also helmed the A.R.T.’s “All the Way,” a drama based on Lyndon Johnson’s presidency, in 2013.

“I think it makes a tighter and better production when the director is involved and interested and curious about lighting,” said Schriever.

The designer has also found inspiration in the evocative source material.

“I had visuals in my head from the book. I thought ‘I know what this looks like’ because I imagined it from the adjectives and descriptions [Waters] used … it was fun to bring that image to life.”